Less than a year after the Chinese stock market crash and its economy slumped, searches of U.S. properties from the Chinese mainland are on the rise – and the prices of properties they’re searching for are up too.

In Trulia’s semi-regular look at home searches by international house hunters, we’ve found that Canada still leads in the raw volume of search activity for for-sale homes in the U.S. from abroad, but the United Kingdom has closed the gap considerably. Meanwhile, Chinese for-sale search volume and the price of the homes they are looking at have largely rebounded, but still lag slightly when compared with all foreign searches.

Here are a few other highlights from our analysis:

Most foreign searchers using Trulia gravitate to homes in a handful of well-known and/or large metros. But many areas see a disproportionate number of searches from a country, given that country’s overall share of search activity nationally. The following map shows disproportionate search scores for the top the countries by overall volume as well as a few countries that have outlying search patterns.

The metros that receive the most searches from Mexico in order of search volume are San Diego, Los Angeles, New York, Miami, and Chicago. However, from the map, we see metros that are receiving the largest disproportionate share of searches from Mexico are El Paso, Texas, (23 times more than expected), San Diego (9.3), Tucson, Ariz., (5.4), San Antonio, Texas, (4.0), and Miami (2.9). 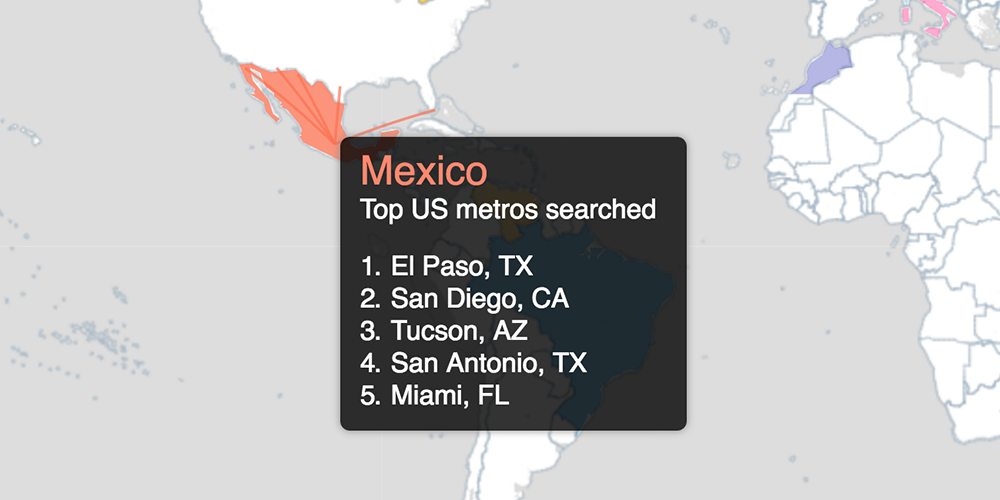 Searchers from South American countries on the other hand seem to really like the idea of living in Florida. All of Venezuela’s top 5 search locations are in Florida for example, with searches to Miami occurring at 22.7 times what you would expect given that county’s national search volume. 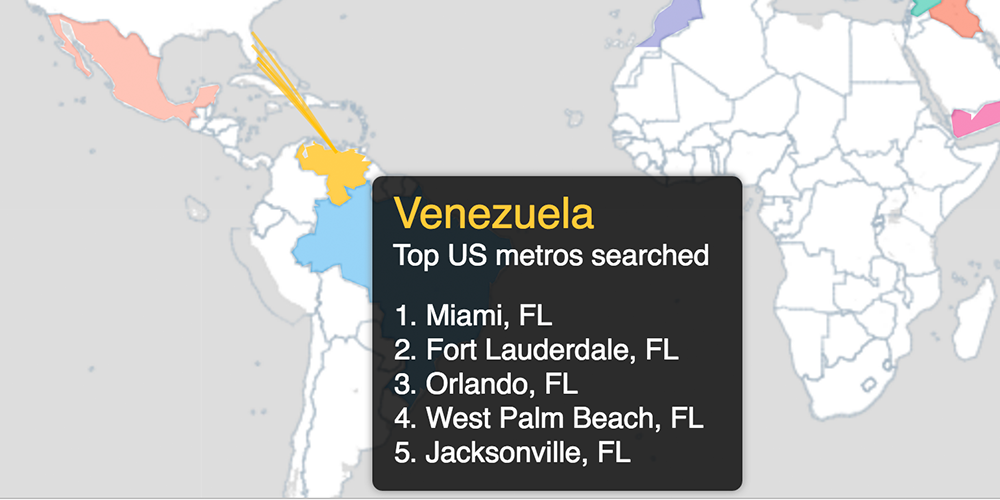 If you compare Detroit and Austin, Texas, two metros of similar size but different fortunes, Austin receives outsized attention from places like Zimbabwe (9.3), Saint Vincent and the Grenadines (8.5), Kenya (3.5), Saudi Arabia (2.5), and Qatar (2.5) while Detroit receives the most disproportionate interest from Yemen (42.1), Lebanon (12.7), Trinidad and Tobago (4.6), Hong Kong (4.4), and Israel (3.6). In Austin, there are about half as many expats from Kenya and Saudi Arabia as you would expect given their national expat population, possibly indicating shifting interests. Detroit, in addition to have a disproportionally bigger population of people from Yemen, also has one of the largest Lebanese populations in the U.S., possibly explaining their interest in the metro. 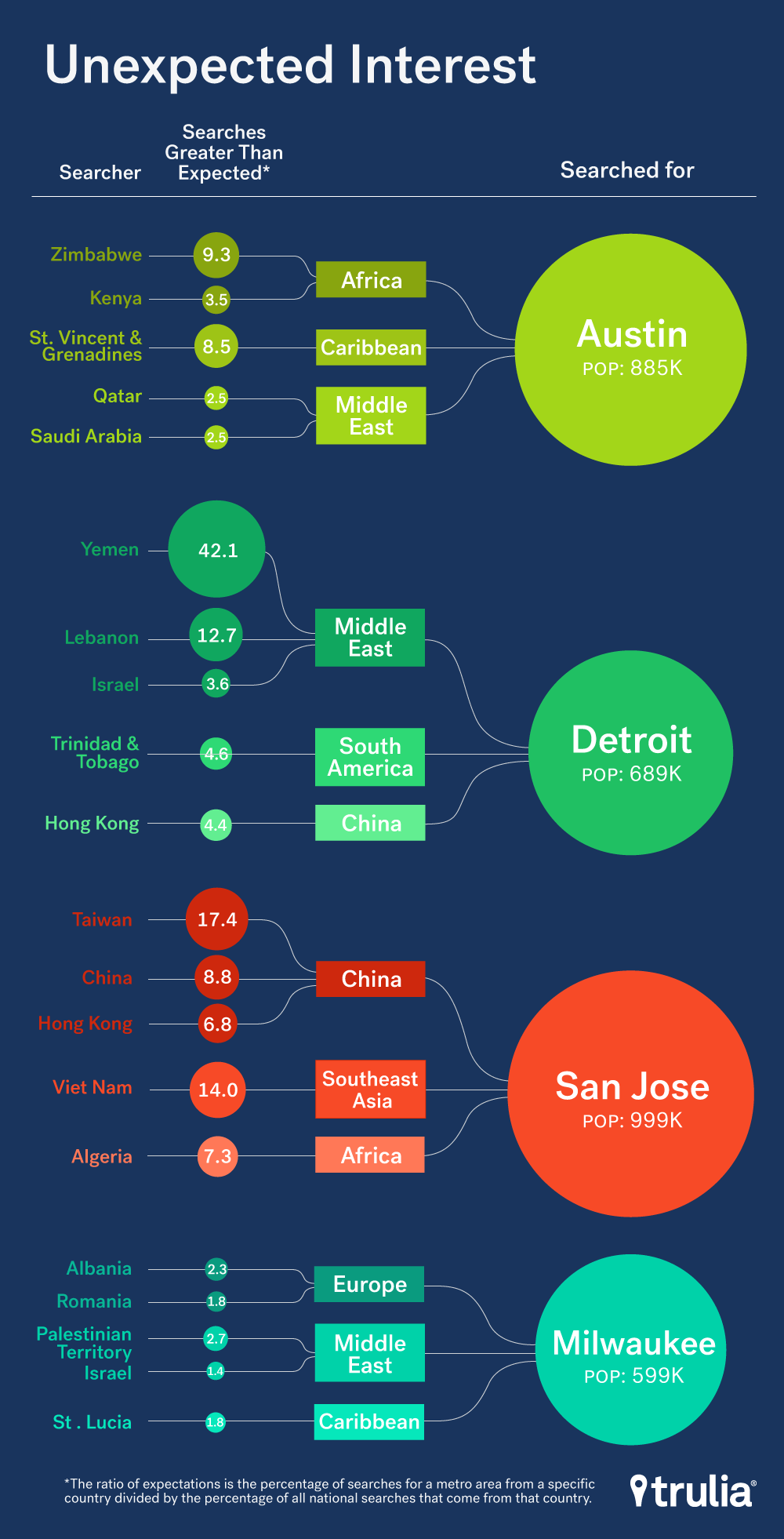 Compare that to Milwaukee where the most outsized interest comes from the Palestinian Territory (2.7), Albania (2.3), Romania (1.8), Saint Lucia (1.8), and Israel (1.43) and only Albanians have a have a disproportionally large population of expats living in the metro.

Search traffic is based on visits to active for-sale and for-rent properties on Trulia.com, Trulia mobile, and the Trulia app from February 1 to May 1, 2016. Year over year comparisons are use the same time frame. Search traffic volume from Nigeria and Bulgaria was highly volatile over the past eighteen months and was excluded from the analysis. Outsized search volumes by metro were calculated with the following formula: (expat_searchesmetro/all_searchesmetro)/(expat_searchesnational/all_searchesnational)

Using 5-year American Community Survey data, a similar formula was used to check if people from country X make up an outsized proportion of the population of metro Y: (expat_popmetro/all_popmetro)/(expat_popnational/all_popnational)