In some places that’s completely true. But not all cities grow in the same way—meaning some high-growth metros are way more affordable than others. We dug into the data around jobs, population, development, and home values across the U.S., and we found that in the decade since the 2008 financial crisis, different parts of the U.S. have recovered very differently. You can check out our full report to learn all about nitty gritty, or take a peek at our biggest takeaways:

Too Hot: Some cities are growing so fast that prices are soaring.

You don’t have to tell residents of Las Vegas, San Jose, or Oakland, California that population and jobs growth can lead to sky-high housing prices. Between 2012-2017 in San Jose, for example, the population grew by 5.3 percent and employment grew by 14.5 percent. And home value appreciation went up a sizzling 122.7 percent.

Why? Supply and demand. During the same period, permits for only one new housing unit were pulled per 2.13 new residents. When more people compete for fewer places to live, price hikes are the natural result. We found this to be true in cities like Oakland, Las Vegas, San Francisco, and Fort Lauderdale, too.

Too Cold: Rural areas aren’t growing much at all.

Of course, the other extreme isn’t great, either. Between 2012 and 2017, rural, non-metropolitan counties saw population declines of 1 percent. The result is that rural areas have stagnated in terms of jobs and home values. While this trend began before the Great Recession, it’s gotten more dramatic since, probably due to the slow recovery of manufacturing and increasing automation in the agricultural sector. The job sectors that are growing — and driving both population home value growth — professional and nonprofessional services, which happen to cluster in larger cities.

No one can deny that home values are rising in cities like Austin, Texas and Charlotte, North Carolina. But the numbers don’t lie: Housing prices aren’t growing at the out-of-control pace of many cities. Compare Raleigh, North Carolina’s 37.8 percent home appreciation growth to Las Vegas’s 114.2 percent, for example.

And it all comes back to those new housing permits. Raleigh issued a housing permit for every 1.78 new residents, compared to every 2.99 residents, like Las Vegas. Places where new apartments, condos, and housing developments have better absorbed the growth, residents enjoy a little more affordability, even as the housing market strengthens.

If you’re looking for both opportunity and affordability, you’re in luck. These growing metro areas have more modest home value appreciation and a friendlier new people-to-permit ratio.

The demographics of Raleigh seem more in line with a suburb than a city. Sixty-seven percent of residents are homeowners, only 37 percent are single, and 98 percent commute to work by car. However, if you’re expecting strip malls galore, you will be pleasantly surprised by Raleigh’s urban core.

Living close to downtown is an option in Raleigh, an affordable city with a median sales price of $265,000. But just south of downtown is the Central neighborhood, where you’ll find homes that start at $99,000 all the way through $1,500,000. Here, you’re in a prime position to walk (or take a drive) to breweries, cultural institutions, and maybe even work. Yet, there’s a strong sense of community here, with 86 percent of locals highlighting Central’s holiday spirit. “Blissful neighborhood,” says a local on What Locals Say. “Church bells, schools, people walking. I love it. I hope I never leave. Perfect distance to downtown and perfect distance from it.” 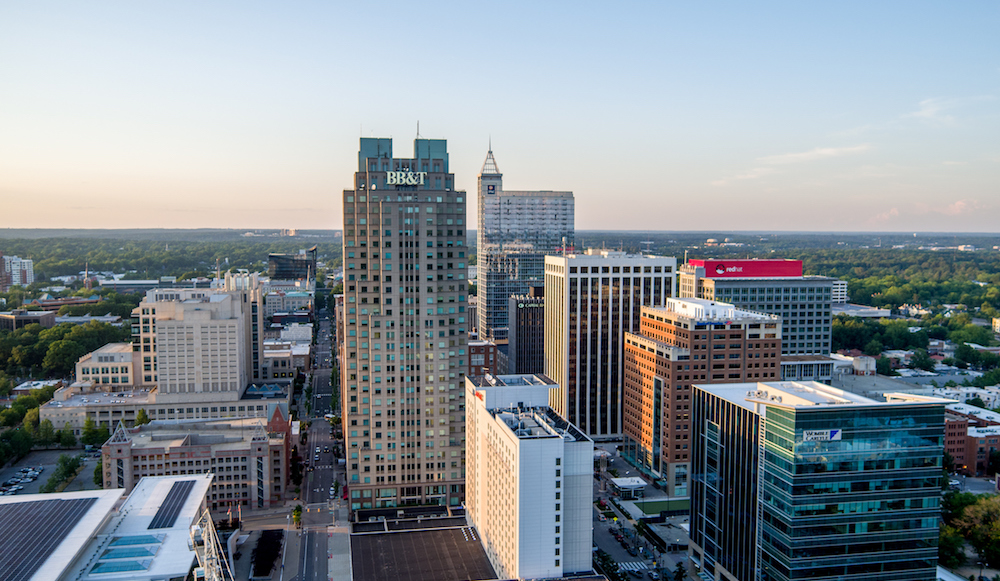 Check out homes and neighborhoods in Raleigh

If you’re interested in jobs in the banking, financial, and construction fields, Charlotte could be the perfect fit for you. In this city, new skyscrapers are transforming the skyline at a fast pace downtown—which is actually called Uptown, by the way. If you’re set on the city experience, check out the Uptown neighborhood of Fourth Ward, where prices start at $150,000, which is lower than adjourning neighborhoods. Though centrally located, Fourth Ward isn’t all concrete and steel. “Love the green spaces that balance the concrete and surface parking,” says one resident on What Locals Say. Ninety-nine percent of locals say that it’s within walking distance to restaurants, though feel free to bring a car (86 percent say parking is easy) for this huge city of 300 square miles.

Check out homes and neighborhoods in Charlotte

Though this trendy city continues to attract new residents at a very high rate, there’s ample land to build on in Austin, and construction crews are constantly at work. The impressive job growth can also be attributed to new offices by established tech companies like Apple, Hewlett-Packard, Google, Facebook, 3M, and many, many (many) more.

The main attraction is Downtown Austin, but proximity to music clubs and trendy cafes can cost you big: The average listing price is $500,000, and the median rent is $6,000. Instead, head to North Loop, where you can find homes for under Austin’s median sales price of $513,354. You’ll get a real neighborhood feel here, too, with 99 percent of locals describing North Loop as dog-friendly, 97 percent saying parking is easy, and 96 percent agreeing that restaurants are walkable. The setting is also unique to other parts of Austin: “The houses are a mix of Old Austin and new houses being built,” says a local on What Locals Say. “It is easy to get onto MoPac and just eight minutes away from the city. The area is heavily wooded and filled with deer.”

Check out homes and neighborhoods in Austin

Imagining yourself in another metro or rural area? Check out how home prices compare here on Trulia.