The Census Homeownership and Vacancy Survey (HVS) released Thursday shows that the U.S. homeownership rate increased over the year to an unadjusted rate of 63.6%, up slightly from 63.5% last year, but the change is not significant. While we can’t be sure whether the rate increased, decreased, or stayed the same, there is surprising news coming out of this quarter’s report. For the first time in nearly 11 years, the number of owner occupied households grew faster than renter households. The number of new owner households grew by over 850,000 in the first quarter of 2016, which is over double that of renter formation at just 365,000. Strong renter household formation is one of the resons why the homeownership rate has continued to drop since the onset of the housing crisis, so any sign this trend is reversing is something to take note of. We look forward to future releases of these data to determine whether this is a statistical blip or a trend. 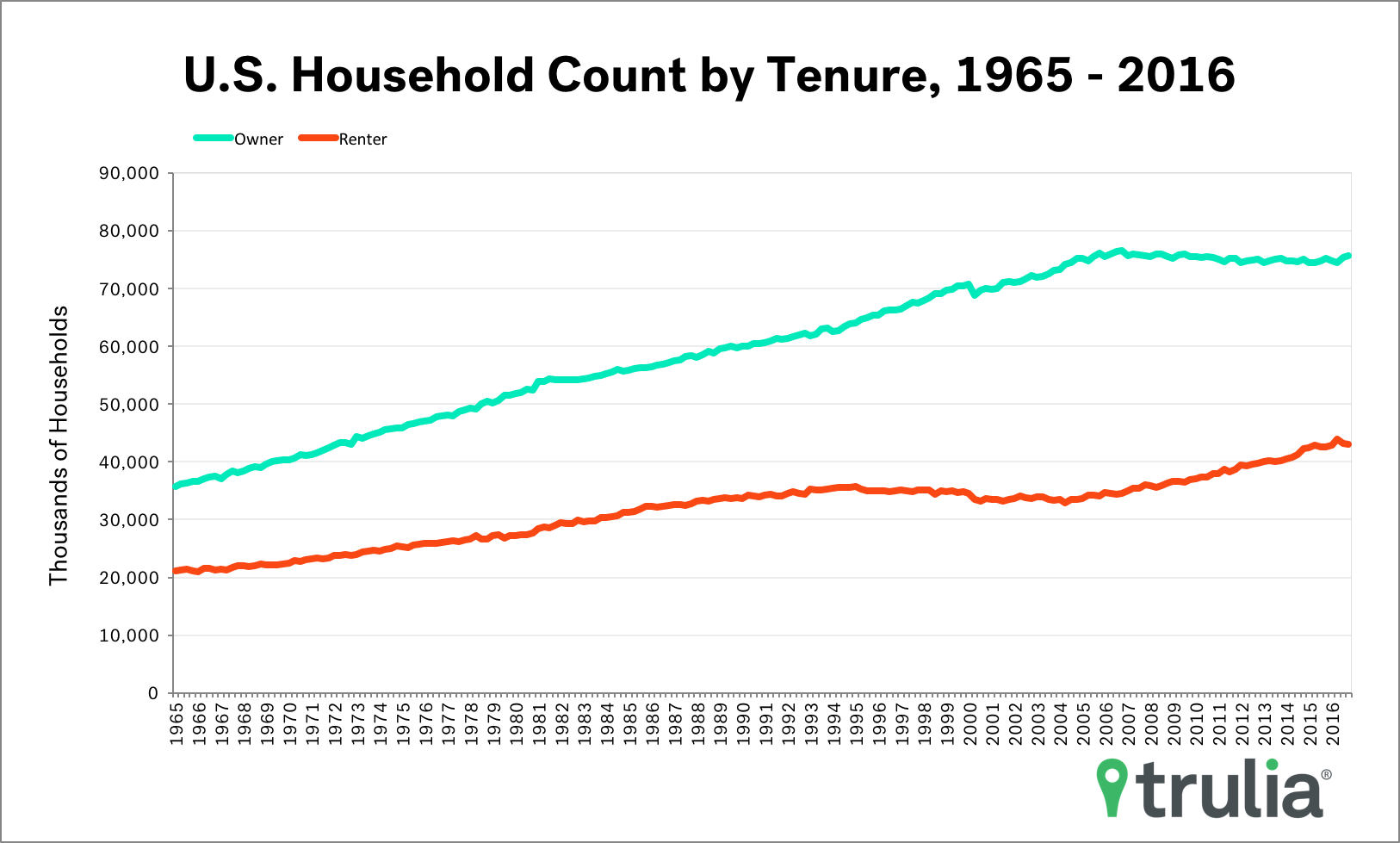