On Wednesday, President Trump announced a new budget proposal and, as with any new budget, there are winners and losers. A proposed $6 billion cut – or 13% of the department’s overall budget – puts the Department of Housing and Urban Development (HUD) into the latter. While these cuts will impact several of HUD’s programs, there are two standouts: the elimination of the Community Development Block Program (CDBG), and the $3 billion – or 8% – cut to the Section 8 rental assistant program. While it is difficult to know who directly benefits from CDBG funding, since they are used to fund a variety of projects from housing and infrastructure to economic development and property acquisition, there is a wealth of data from the U.S. Census Current Population Survey (CPS) on where and who benefits from Section 8 programs. We find that young, urban and African-American households would disproportionately feel the hit from a reduction in Section 8 rental assistance funding.

Using data from the 2016 CPS Annual Social and Economic Supplement, we found that people under the age of 35 make up nearly 60% of voucher holders of Section 8 programs even though they are just 48% of the U.S. population. 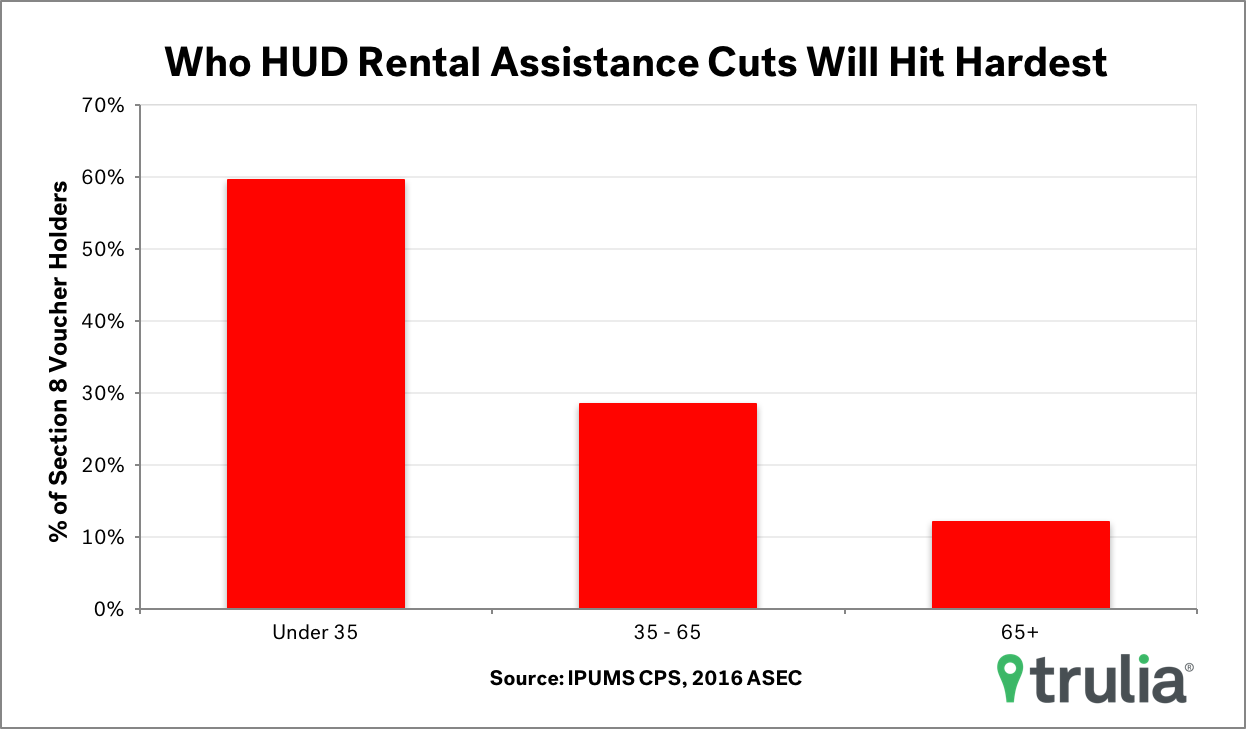 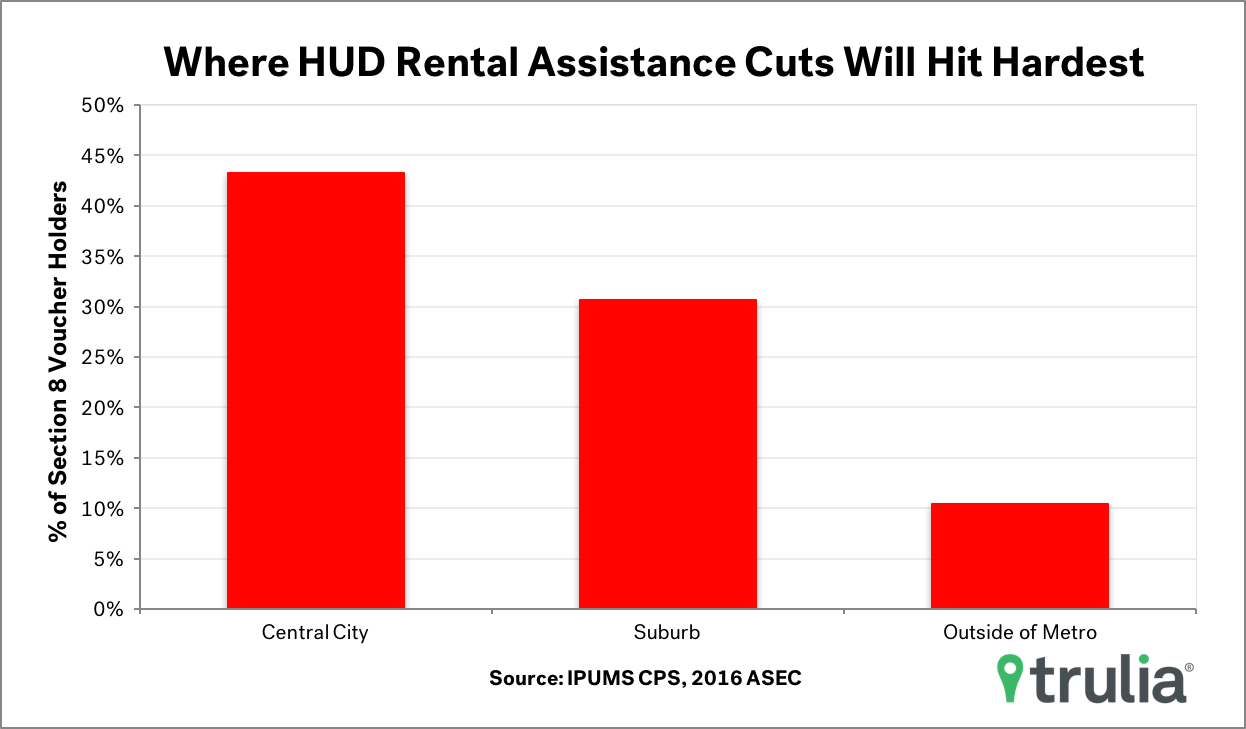