The 12-month rolling total of starts –which is a less volatile measure of new construction activity – grew 4.5% year-over-year in September to 1,142,900 starts. Though solid growth, it’s the fifth in the past six months where gains fell from the previous month. This puts housing starts in September at about 75% of the pre-recession historical average. 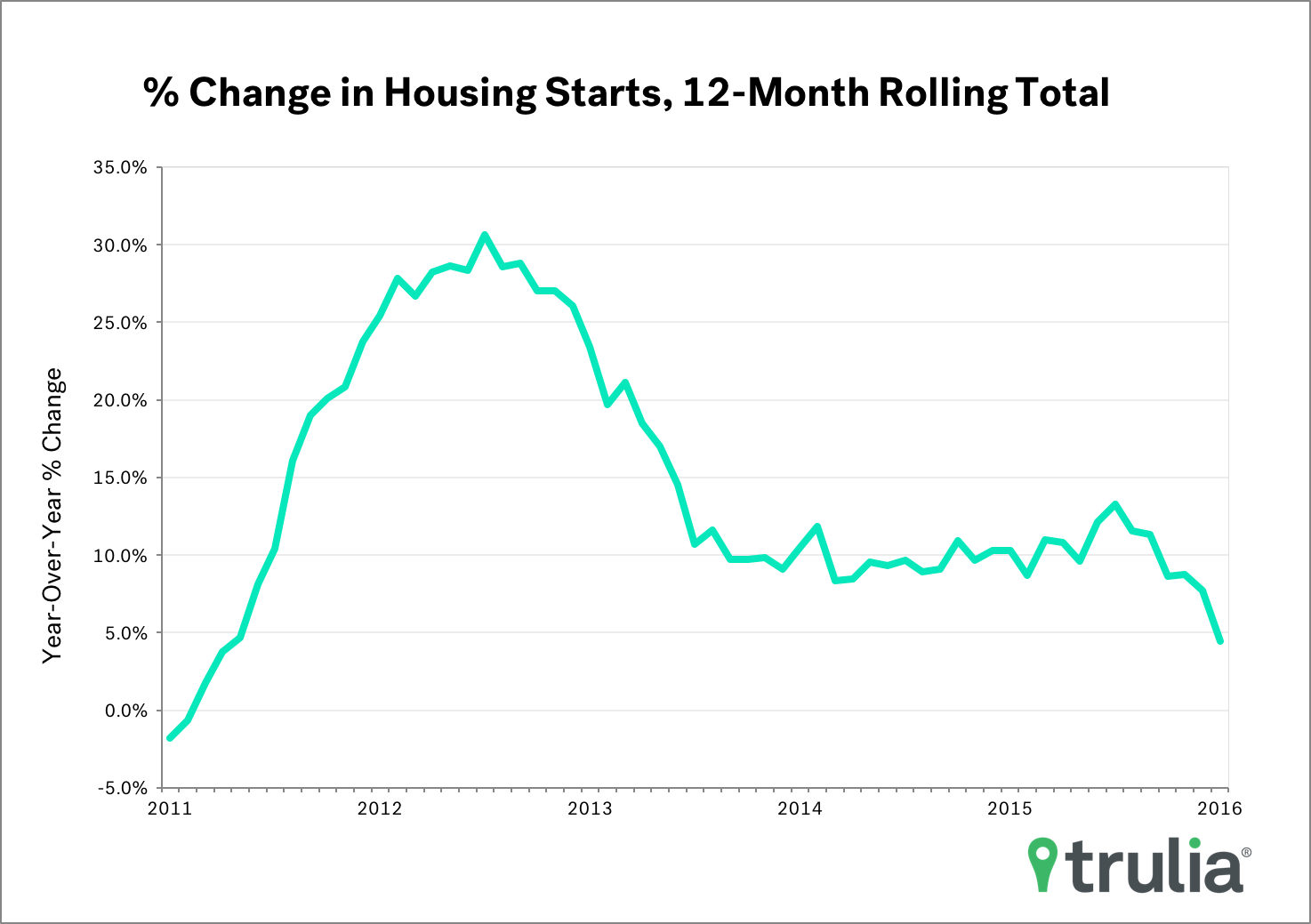 The rolling total of housing completions, which represent new supply to the market and lag starts by 6-12 months, grew by 7.9% in September to 1,022,000 completions and sit at 67% of their pre-recession historical average. The stronger growth in completions reflects the steady gains in starts from earlier in the year that builders are now finishing and bringing to market. While these completed homes bring welcomed relief to homebuyers, they shouldn’t get their hopes up about the new year. This is because the as the pace of starts slows, so will completions in early 2017. 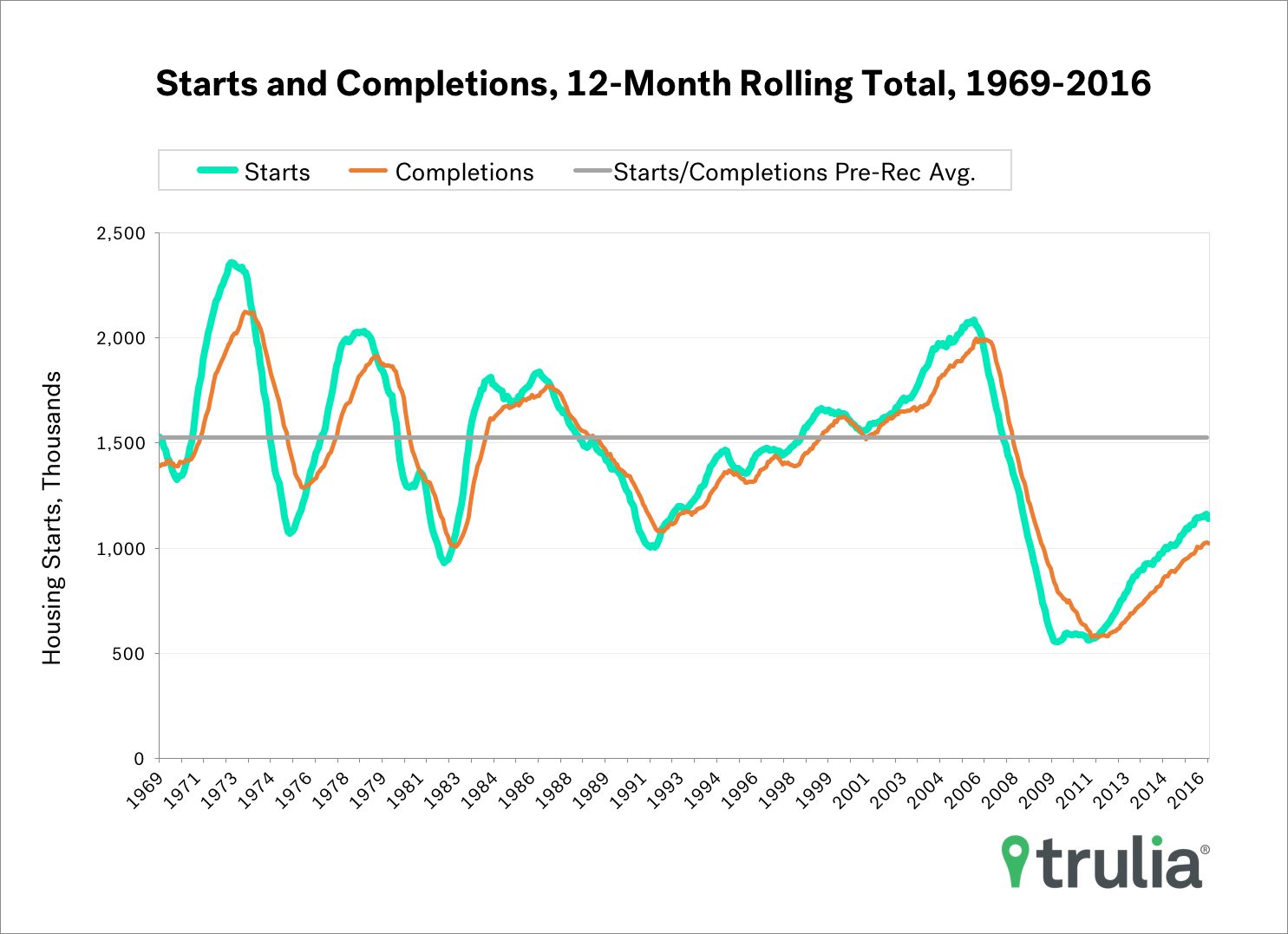