As inventory bottomed in 2017, existing home sales rose to their highest annual average since 2006. Existing home sales fell in December, closing out the year with a 3.6% decrease from November at a seasonally adjusted rate of 5.57 million units. This dip reflects both a pull back from November highs as well tempered demand in advance of the final tax reform bill and its attendant impacts on home-related deductions. 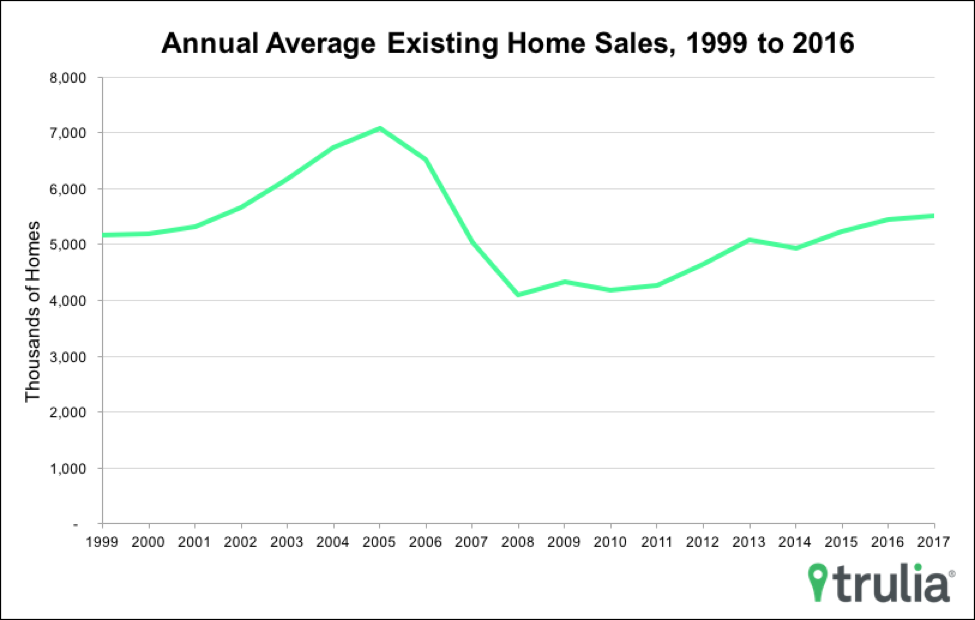 The year ended with inventory continuing to slide to its lowest figure since 1999. However, demand for homes appears undaunted. Low unemployment, steady job growth and low mortgage rates led existing home sales to account for 27.2% of inventory sold, well over the pre-recession peak. 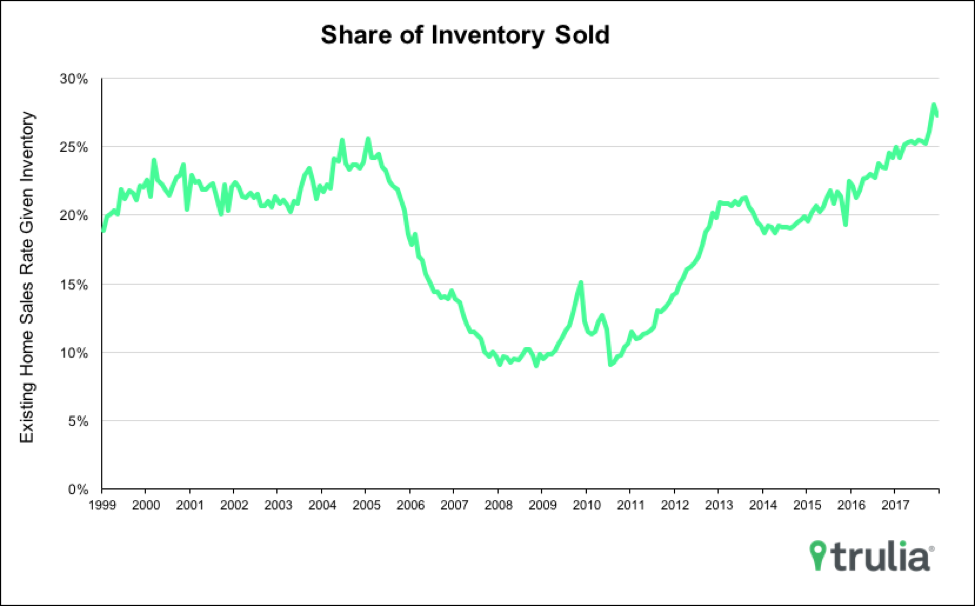