So, who’s getting their own room?

It’s a question growing families ponder when they find a new home – or the home they already live in — as the kids get older or an elderly grandparent comes to stay.

And across America, space is gradually getting tighter. In the nation’s largest 100 metro areas, 14.7% of households had less bedrooms than family members, up 0.5 percentage points from 14.2% in 2009.

We took a look at those markets to find out where families are more likely to be doubling up. We found that renter families living with kids particularly are feeling the squeeze. Larger and more expensive metros tend to feel the squeeze more so than smaller metros do.

We decided to shed a bit more light on the space constraints that modern day renters face in the largest rental markets. Using U.S. Census 2014 5-year American Community Survey data for this study, we identify how many bedrooms each household needs based on the number of children and the number of married couples in the family. 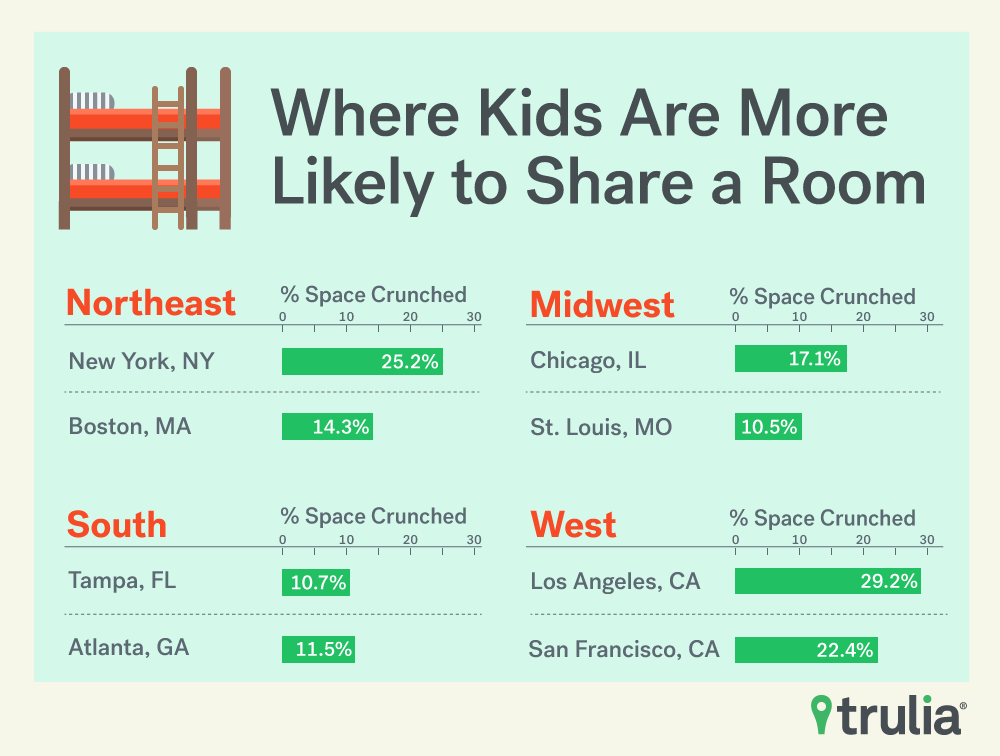 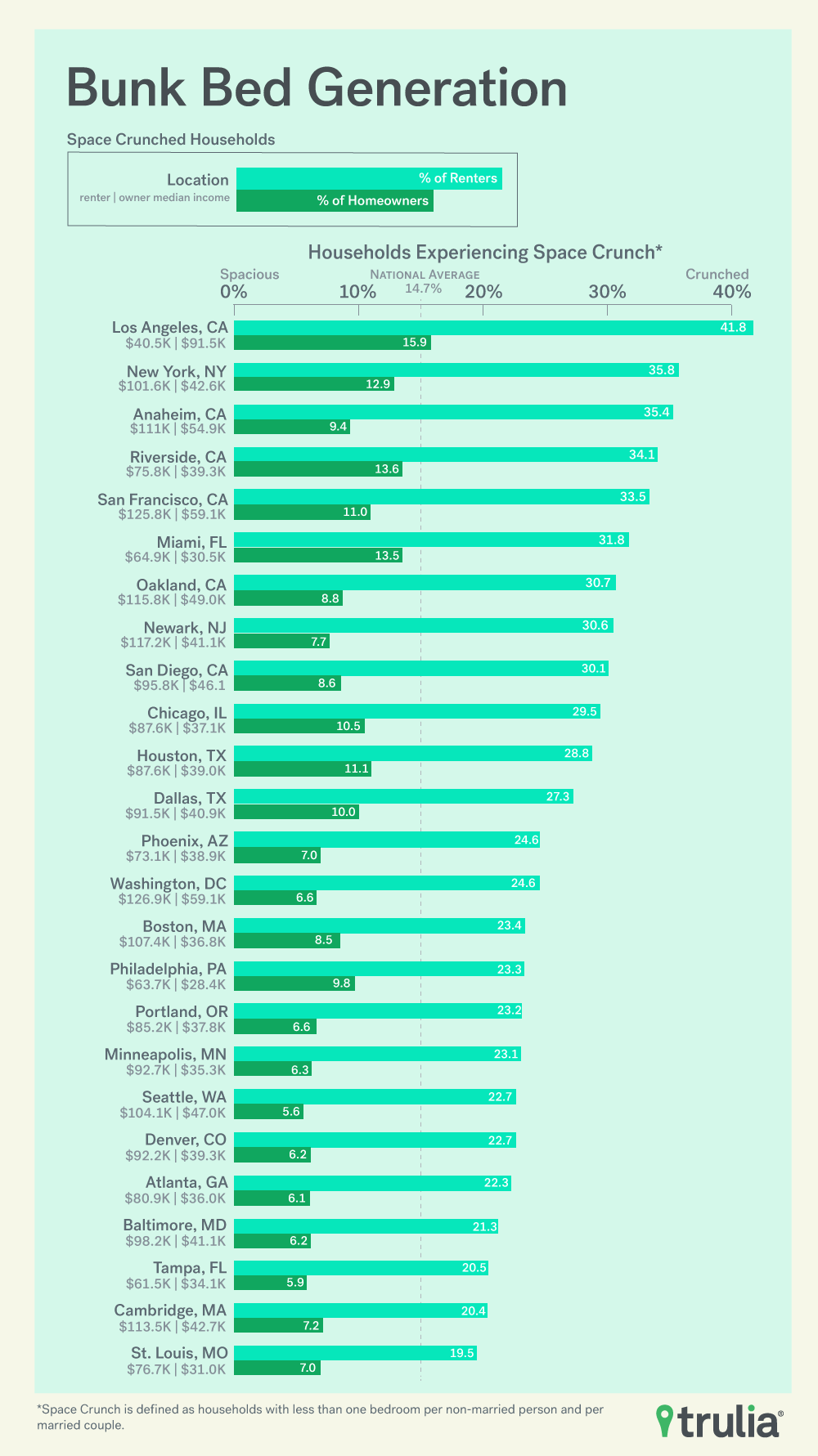 Looking at households living with kids, we found the following: 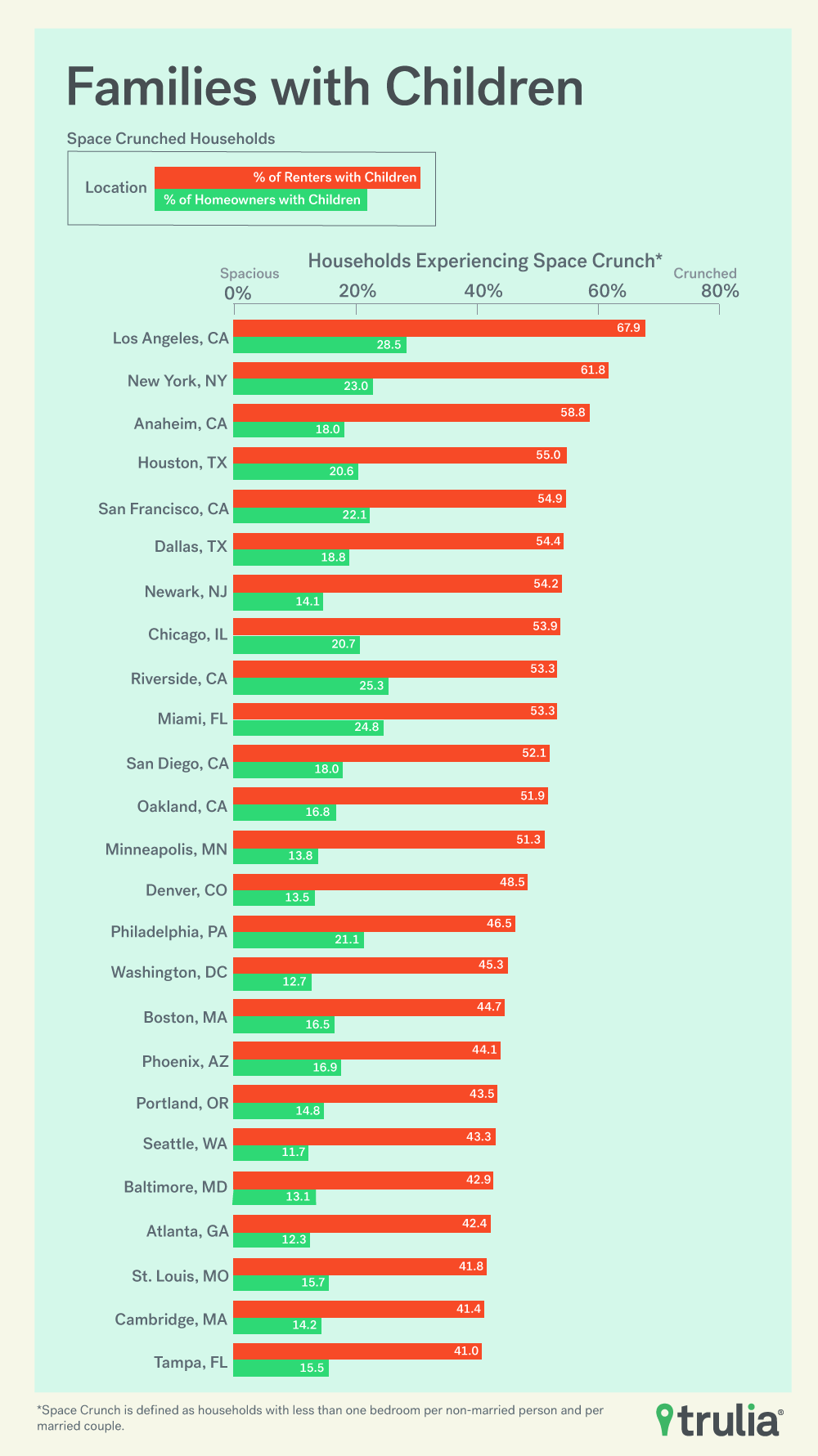