New York and San Francisco are two of the nation’s most expensive big city housing markets. But pricey mortgages and steep rents aren’t the only burdens residents deal with. Each city has its own nuisances that drive locals crazy.

In short, New Yorkers could use some earplugs. They mostly complain about noise. Loud music and parties rank first, followed by banging, loud TVs and loud voices.

San Franciscans have sensitive eyes. They are more apt to be bothered by visual blight and are more likely to complain about graffiti, garbage and other visual nuisances.

Though each city logs its complaints differently, we were able to make a general comparison. We culled nearly a year’s worth of both cities’ 311 logs, the city-run information lines residents can, among other things, call to report nuisances.

Using that data, we’ve created maps for noise complaints in New York and reported eyesores in San Francisco. Each map is designed to provide both a bird’s eye view and a nuanced street view of 311 complaints over the last year — just change the zoom level or move around the map to adjust the view. 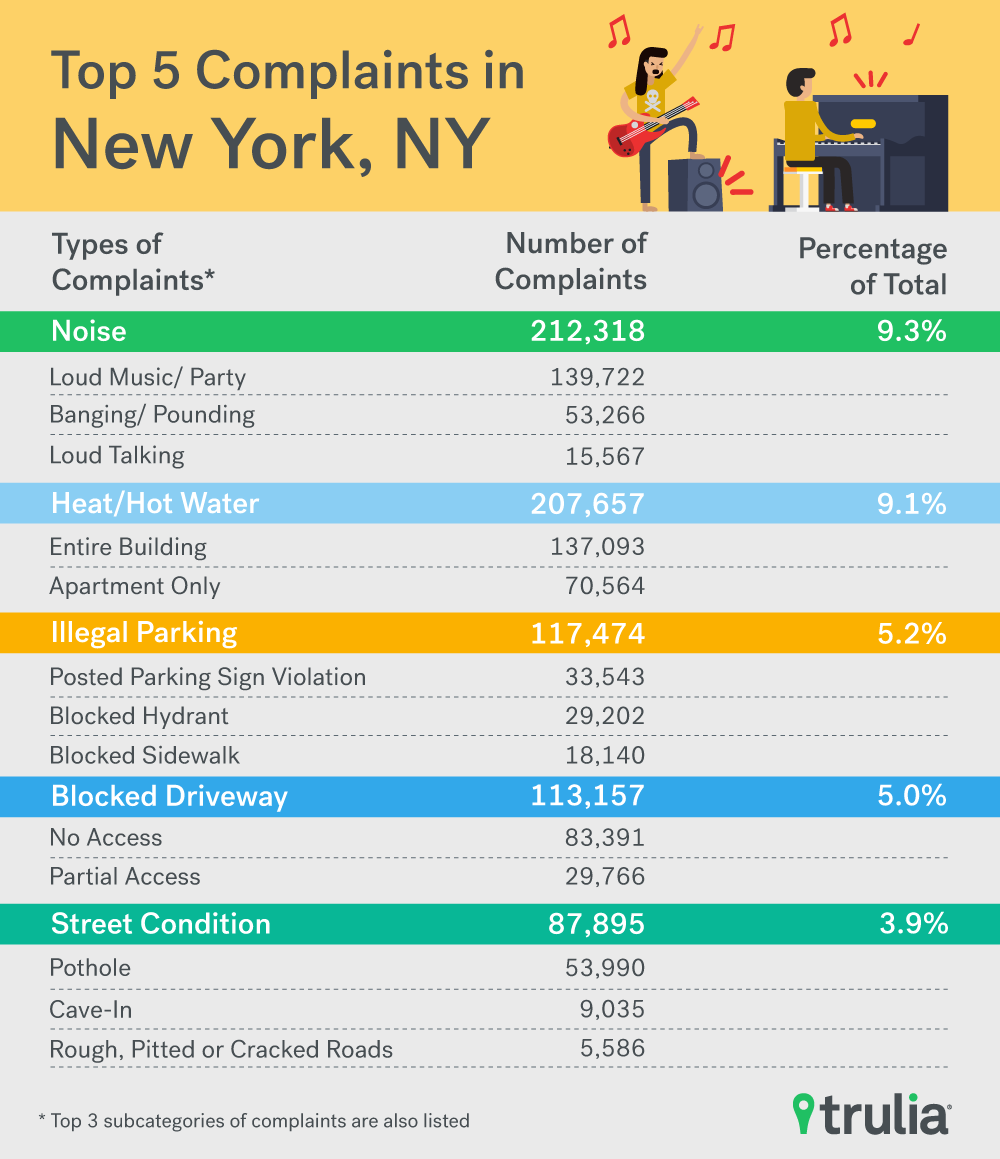 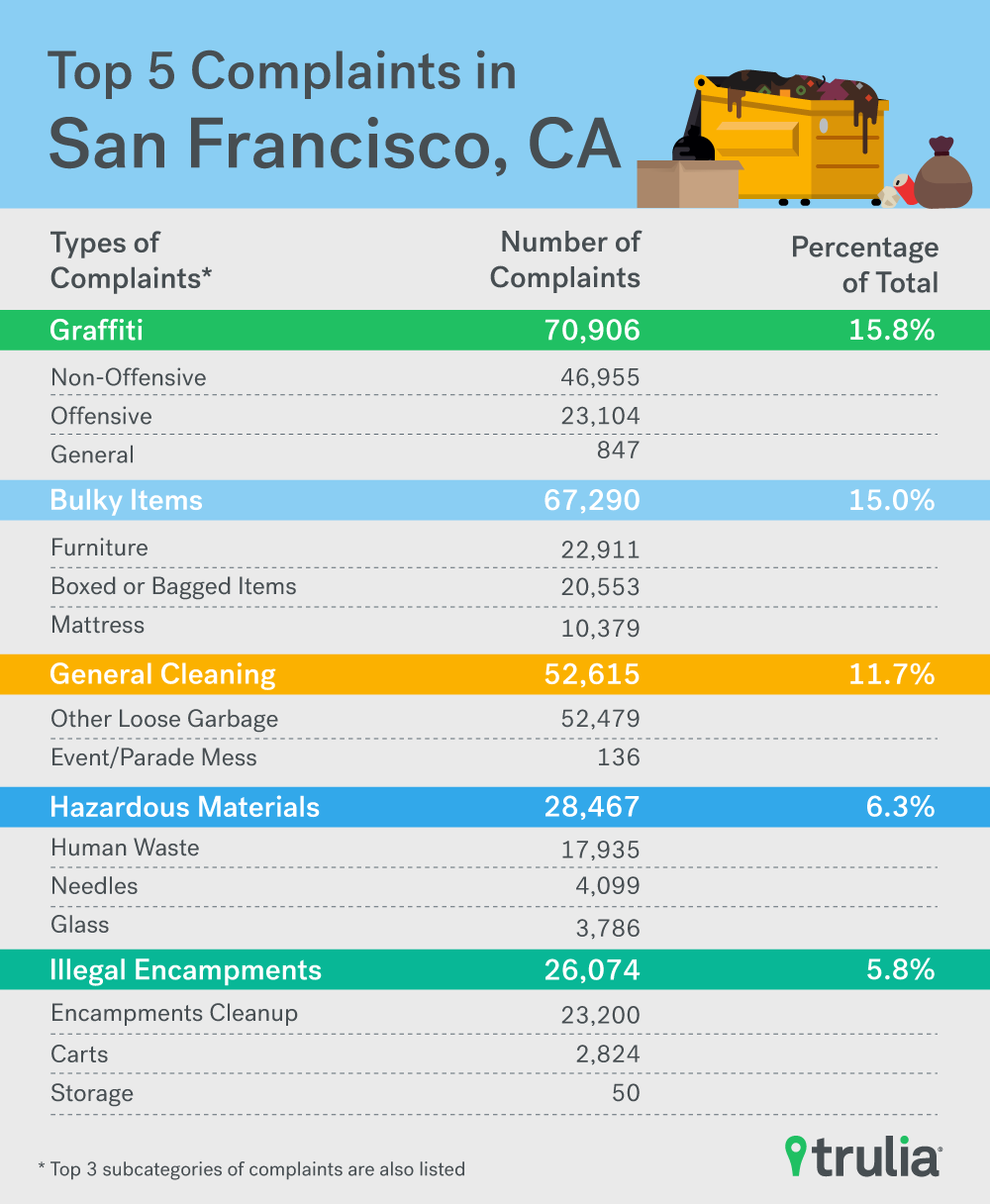 While many of the problems residents note in these complaints may seem to be part and parcel of city living, they do come at a time when living in New York or San Francisco is cost-prohibitive for many.

Note that neighborhoods identified in the analysis are based on Trulia’s proprietary neighborhood definitions.

We plotted the raw, georeferenced data for the five most common types of complaints for each city. The more intense the color, the more frequently complaints occur in that area of the map. The heat maps animate over time and highlights areas where there are more complaints over others