Trulia builds products that are designed to help you discover a place you’ll love to live. We regularly introduce new tools to help on this journey, and we’re launching an important one today: Local Legal Protections. The Local Legal Protections feature, an employee-led idea, helps homebuyers understand the non-discrimination laws that exist for the LGBT community in the jurisdiction of any prospective home.

Currently, national housing and employment non-discrimination laws only protect some classes, such as sex, race, age, color, religion, and national origin. That means explicit protections for people who identify as LGBT do not exist at the federal level and are inconsistent at the state and local levels. With the Local Legal Protections feature available on all property details pages on Trulia, homebuyers will know if their prospective new home is in a place where there are laws to prevent discrimination based on sexual orientation and gender identity in the areas of housing, employment, and public accommodations. 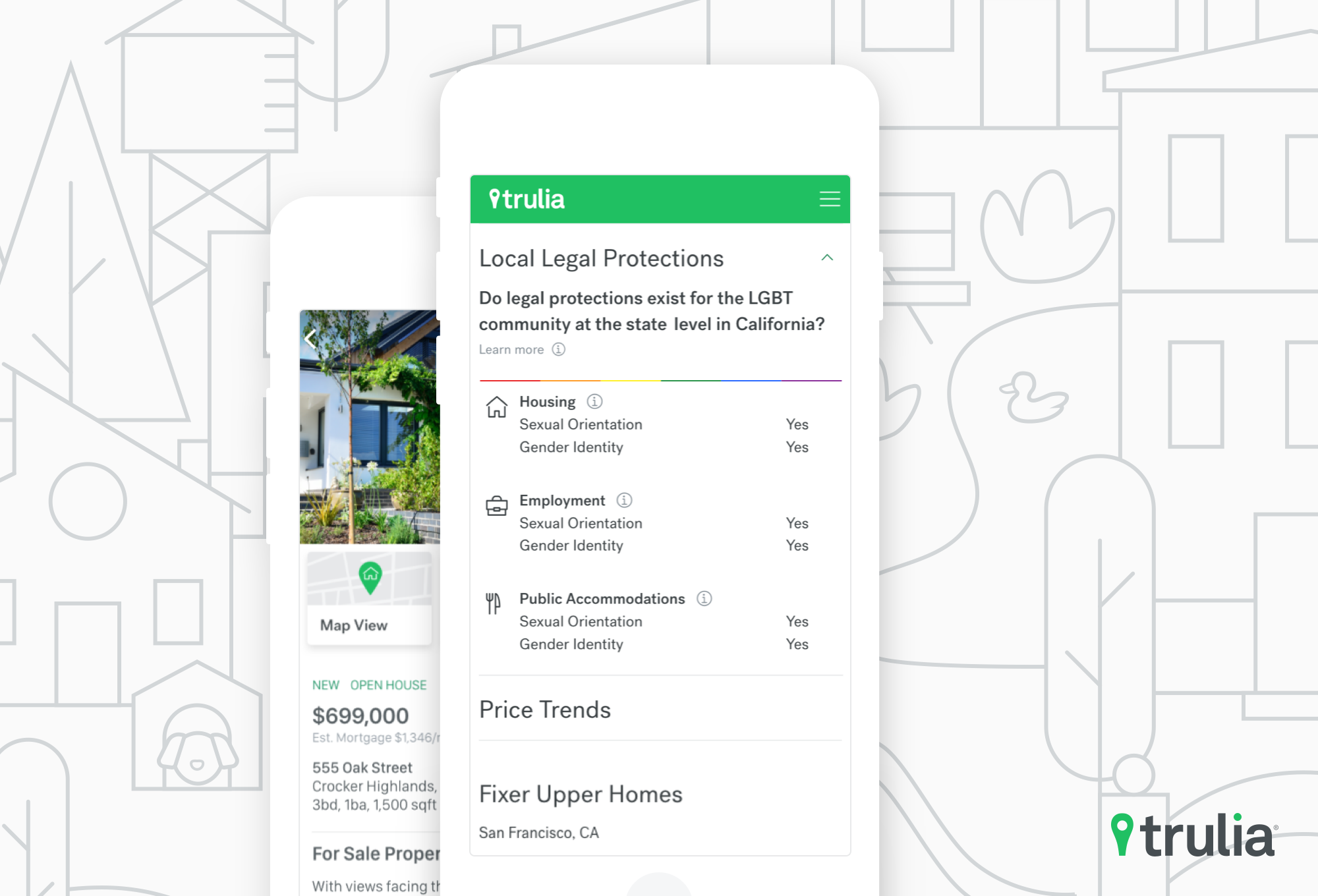 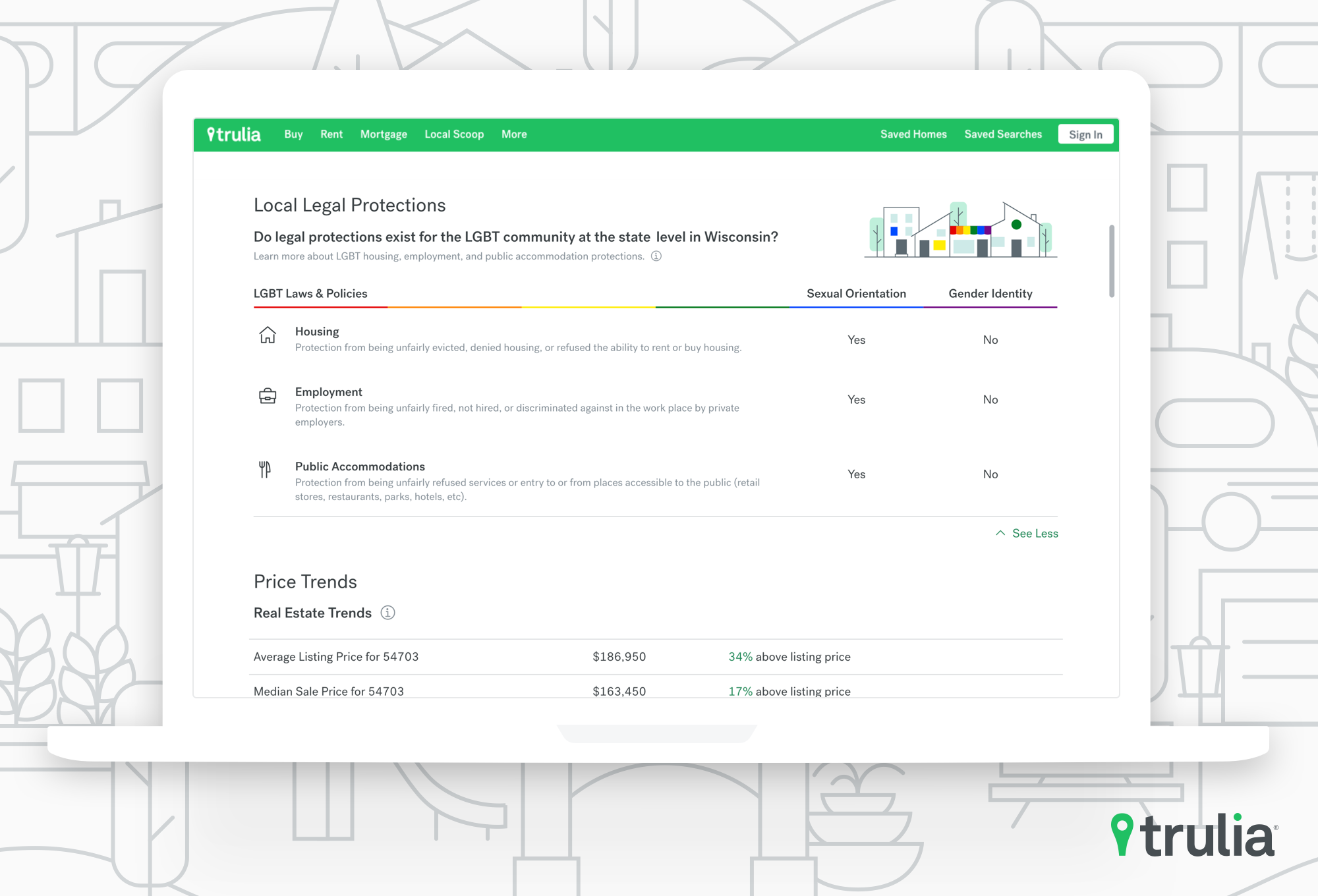 Why did Trulia build this feature? For starters, we work to help people discover a place they’ll love to live by providing the insights they need to get a comprehensive picture of a neighborhood (think: Trulia’s commute maps, amenities maps, etc.).

Across the United States, an estimated 55.2% of all housing units are covered by local protections for sexual orientation and/or gender identity, and 22 states, plus Washington, D.C., have full protections for housing, employment, and public accommodations.[i] The feature provides details on which protections exist and if those protections are provided at the state, county, or city level.

This feature underscores Trulia’s culture of diversity, inclusion, and innovation. Not only was the Local Legal Protections feature born from a recent Innovation Week at Trulia, it was also conceived and built by the members of our internal Pride Network.

We’re excited to celebrate this new feature as it is a first by a major real estate site, and we wanted to address potential questions you might have:

We are proud of this new feature, but acknowledge that the LGBT community isn’t the only group without explicit federal protections. LGBT specific data is a starting point for our Local Legal Protections feature. We’re always looking into data sources that will give house hunters the information they need to find the right place to live. Stay tuned for more.

[i] Trulia estimated the number of housing units covered by local protections for the LGBT community based on jurisdictions identified by the Movement Advancement Project. In terms of counting housing units, we used U.S. Census 2016 5-Year American Community Survey estimates. Note that these estimates are subject to margins of error.