Arielle was over having roommates. She had been living in a house with three people when the one she was closest with moved out. She was tired of sharing the fridge, the sofa, her personal space.

“I was over passive aggressively leaving someone else’s dirty dishes in the sink for days on end,” she says. “There was no one moment that pushed me over the edge, but I was just ready to live alone.”

She also wanted a dog. Truth be told, Arielle didn’t just want her own space, she wanted space that she truly owned. It was time to start thinking about home ownership. But that’s not a simple decision in fast-paced, high-priced Washington D.C. where she works as a director of health care for a think tank.

Still, Arielle was up for the challenge. So in January 2016, she began looking at condos around the D.C. area. By Memorial Day, she was a homeowner. Here’s how she did it.

She took a low-pressure approach to her wants and needs.

Arielle wanted to stay in the city so she would be close to her job, which is located a couple of blocks off K Street—the place to be if you work for an advocacy group. An Oregon native, she’d been in the city since she got her masters at Georgetown, and she loved the urban lifestyle where you don’t need a car to live.

But beyond location and price, Arielle didn’t have a lot of must-haves for what sort of home she wanted to buy. She didn’t want to limit her options, and she figured she could be content with many possibilities.

“Most people get so emotional about buying a home, and I get that,” she says. “It’s a big decision, and it’s a lot of money. But I went into it with this attitude that’s it’s my next home, not my forever home. I was not obsessed with finding the perfect place.”

She started looking, and a 400-square-foot condo just around the corner from where she lived in upscale Logan Circle caught her eye. She put an offer in on it, but she didn’t get it. The tiny place sold for $380,000—$50,000 more than its asking price and way more than her budget of $350,000. No biggie, she thought.

She found a second condo she liked in the same area, a 630-square-foot basement condo. She wasn’t wild about it being in a basement, but after looking at it with her brother, she decided to put an offer in. She didn’t get it, either. It sold for a bit above its asking price of $350,000. 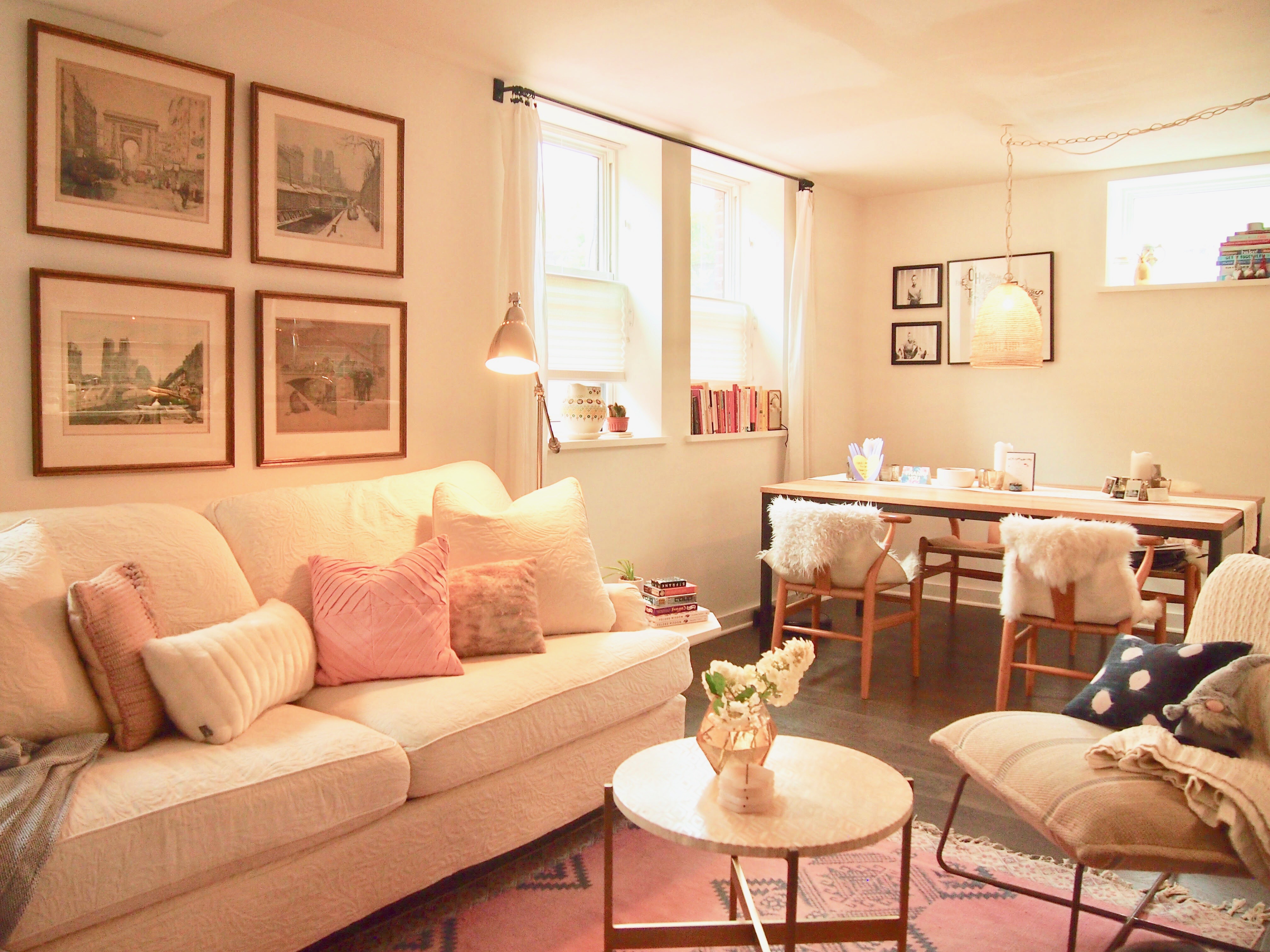 She was willing to rethink her first reaction.

Nearly three months into her house hunt, Arielle was beginning to get a little disappointed. She knew she was in a tough market for a first-time buyer, but it was still taking her longer to find a place than she thought it would. “I had already picked out the puppy I wanted,” she says. “I had a name for him. I had pictured this whole little life for us.” But with no condo, she had to pass on the dog.

Going back to being a renter again wasn’t an option, she says. Neither was moving out to the ‘burbs. She was determined to buy a place. “I was willing to adjust my expectations,” she says.

Early in her house hunt, she had looked at a condo in Bloomingdale, an up-and-coming, walkable neighborhood of restaurants, yoga studios, and turreted row houses two miles from Capitol Hill. Best of all for aspiring dog owner Arielle, 95% of its residents rated it as dog-friendly on Trulia’s What Locals Say survey. She had taken a pass on it before because it was on the ground floor and she feared it wouldn’t be safe enough. But after losing out on two places, she took a second look. This time, she thought the 600-square-foot condo in a century-old, but newly renovated building was as perfect as it needed to be.

“By then, I had gotten over my ground-floor thing,” she says. She realized her fear of being vulnerable to break-ins and home invasions was unfounded, and that Bloomingdale had a low crime rate.

“I liked the vibe, and I loved the neighborhood,” Arielle says. The place had one bedroom and one bathroom. “With a tub! It’s a sad little tub, but better than no tub at all.” She also liked that the condo was new, because with her family in Oregon, she would have no one to help fix things if anything broke. She loved the charming brick building and the residential street full of row houses where it was located. 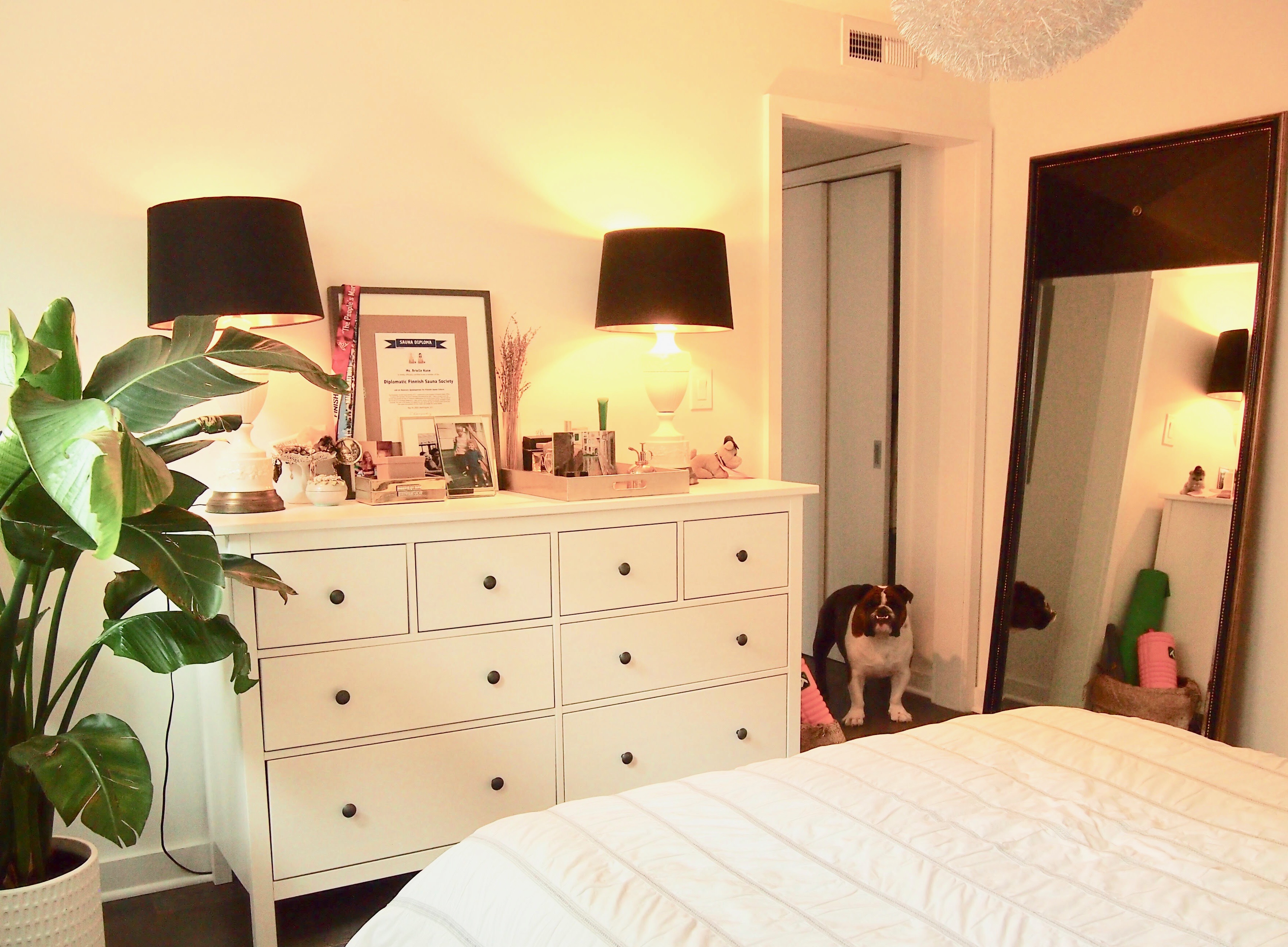 Arielle stressed that her experience as a home buyer was easier than most people’s because her family helped her with a 30% down payment. The generous gift helped her keep her mortgage payment within her budget. “It’s incredibly privileged and I recognize that,” she says. “I could not have done this by myself.” She says that she wishes more people acknowledged when they received help.

Arielle what she says is the most important advice for first-time home buyers: Be realistic. “Prioritize what you want, but be flexible. You won’t find a place that checks every box,” she says. “Unless you have unlimited resources, you’re going to have to compromise.” For her, building amenities were not important. She saw condo fees as money down the drain and wanted to keep them as low as possible.

And hang on to some cash, she says—homeownership comes with unexpected plumbing costs, tax increases, and condo fee increases. As a single woman, Arielle was hyper-focused on keeping her monthly expenses manageable in case of an unexpected expense.

Because she prioritized finding a home that was within her budget, Arielle is now saving money for her dream home: a stand-alone row house in D.C. with a small yard. “That isn’t possible now,” she says—but at least she’s moving toward that day.

Arielle moved in on Memorial Day weekend, 2016. She’s happy with her little, sweet condo. “It’s been great,” she says. “I live on a quiet street, so I sleep through the night. And I love decorating it; I’m making it cute.”

She also digs her neighborhood. “I love being a part of a community. I voted in-person at the church around the corner from my house, I meet up with neighbors at the dog park, and there is a real sense of camaraderie with everyone.”

The best part of becoming a homeowner? She finally got a bulldog. His name is Hank. “He’s the best roommate, ever,” Arielle says.

Looking to strike out on your own, too? See what’s available now on Trulia.