So how does an architect manage to modify a 99-year-old substation to meet the demands of a 21st-entury homeowner — without undermining the structure’s past? The answer is simple: by not messing too much with a good thing. Sure, the interior of the substation may have been changed, but its original facade shines on; it’s just one gem in the multifaceted architectural landscape known as the Windy City’s Gold Coast Historic District.

For those of us who can’t afford the $15 million price tag, a great way to see this adaptive design is to stroll by during the Chicago Architecture Biennial this fall. Starting October 3 and running through January 2016, exhibitions will be scattered across the city, from Water Tower Gallery down to Millennium Park. 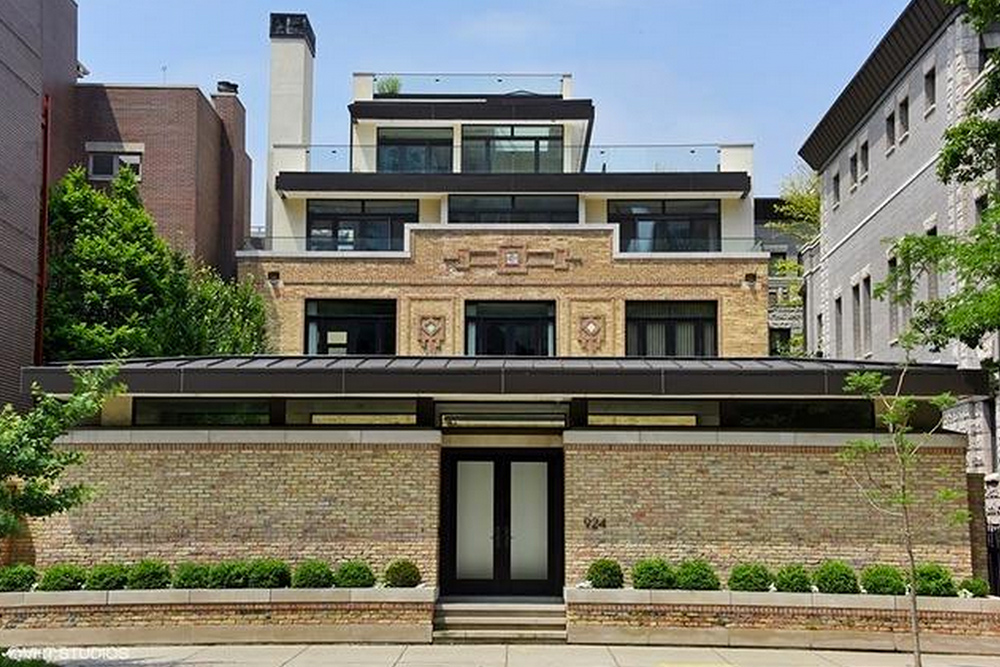 Behind this yellow brick gatehouse in Chicago’s Near North Side stands a shining example of architectural adaptive reuse: a Commonwealth Edison substation transformed into a six-bedroom, nine-bathroom luxury contemporary home.

Built in 1916, the substation underwent renovations in 2008, when a local couple financed its conversion into an eco-friendly single-family home. Per an article in Chicago magazine, the couple commissioned Illinois architect Michael Hershenson to expand the structure from two floors to four and add an atrium and “green” features including solar panels (for heating the pool), plus a geothermal heating and cooling system. 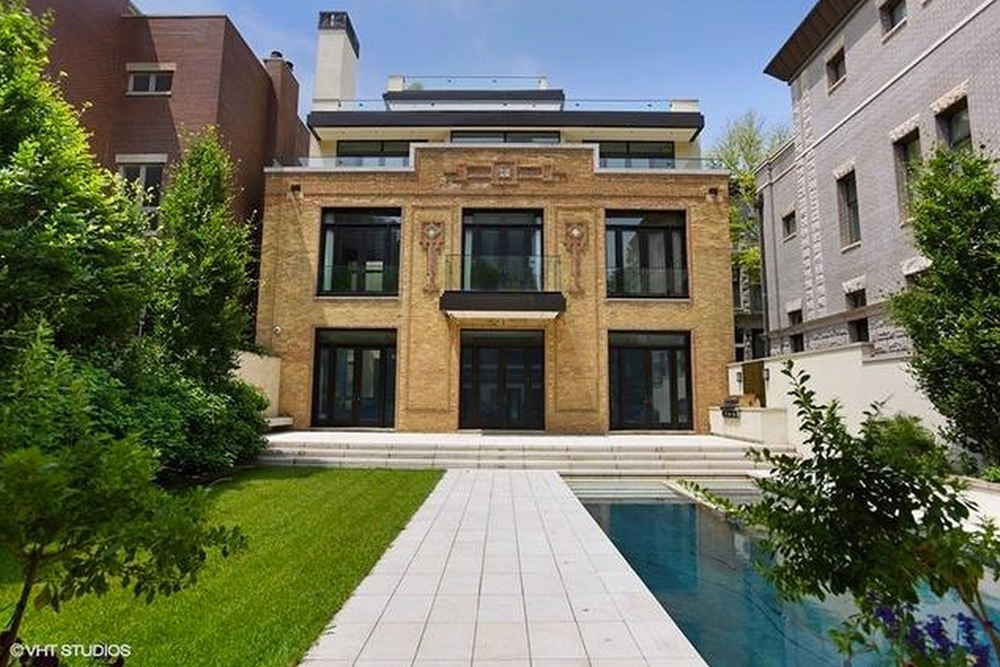 Besides having its windows enlarged, the substation’s facade experienced little disturbance during the renovation process. Its flat roof, understated friezes, and masonry construction — all hallmarks of the Prairie style pioneered by Frank Lloyd Wright — were preserved.

The substation’s front “yard,” on the other hand, saw significant changes, morphing from a parking lot into a verdant courtyard. One of many outdoor spaces throughout the residence, the courtyard features a 35-by-17-foot lap pool paralleled by a swath of grass with almost the same dimension. The gatehouse? It doubles as a pool house and sports a changing room, wet bar, and bathroom. 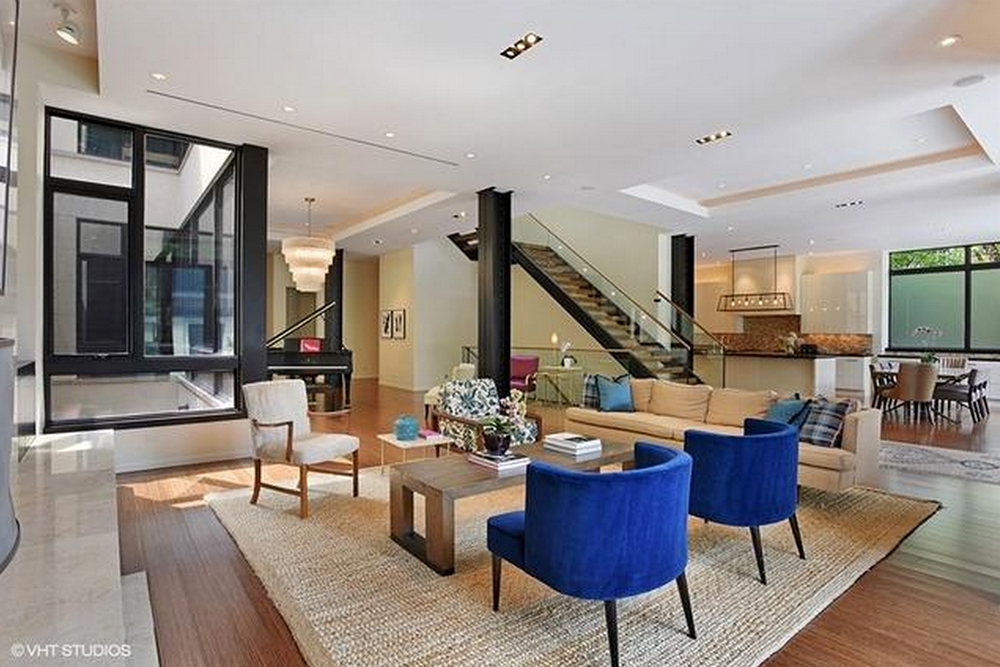 The Prairie style was all about wide, open spaces, and the home’s main living area follows suit. In fact, the first level of the historic Chicago home sees very little disruption in its floor plan. From the foyer and kitchen to the formal salon and living and dining spaces, each “room” of the first floor flows organically into the next, while a four-story atrium stairwell joins oversized windows to flood the space with natural light. 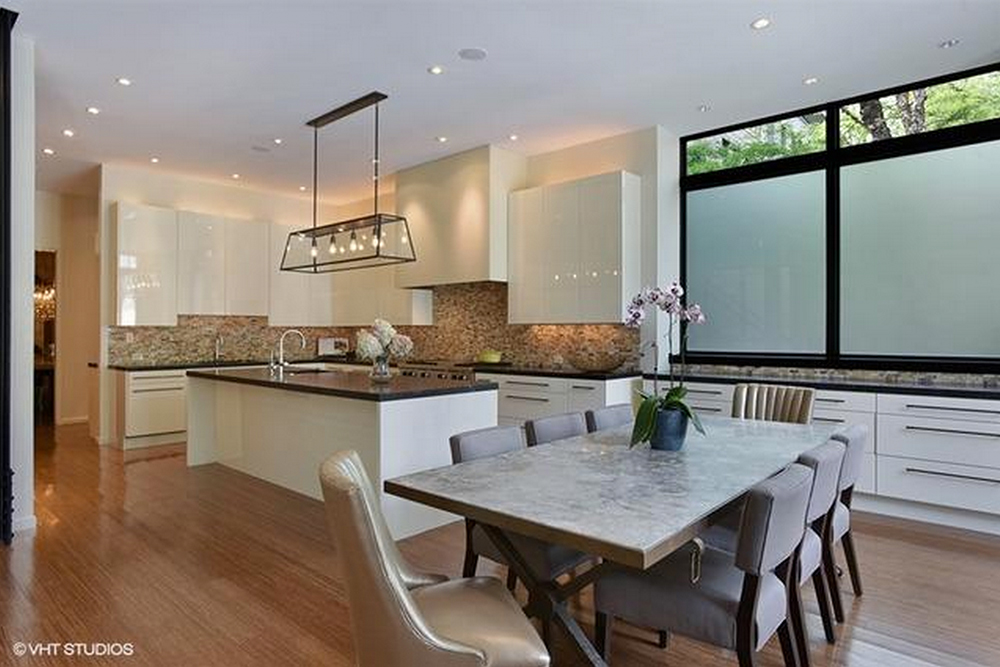 Encompassing a butler’s pantry and breakfast nook overlooking the pool, the kitchen is equipped for whipping up home-cooked meals as well as entertaining a crowd. A large center island provides ample room for resting a wine glass or a stack of schoolbooks, while overhead, an industrial-style light fixture imparts a little grit to contrast the kitchen’s glossy white cabinetry. 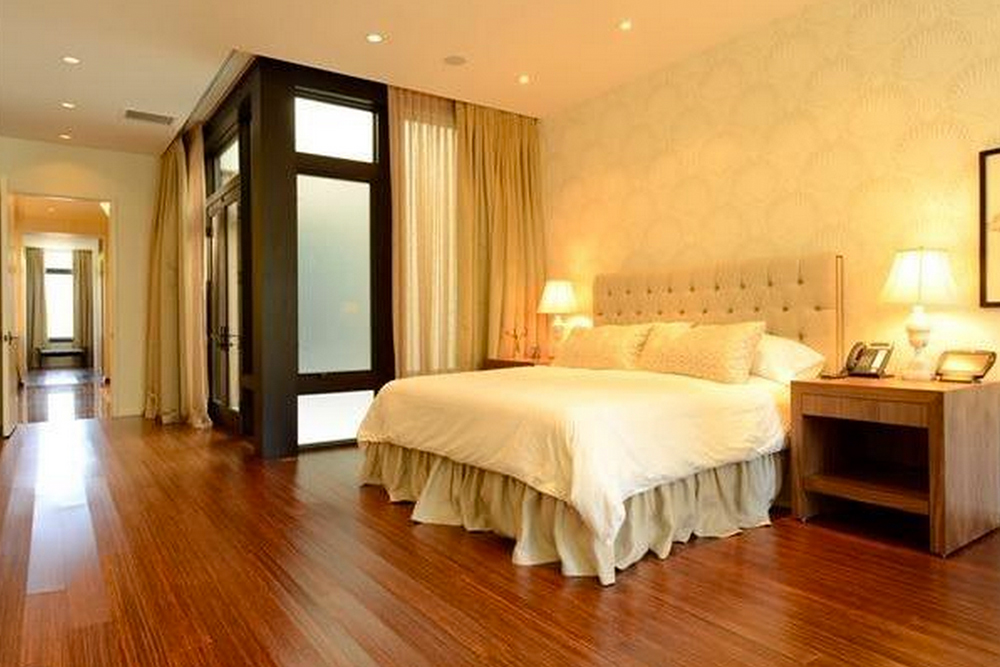 One of the home’s seven terraces can be found in the master bedroom, an elegant, luxurious retreat on the second level that measures in at a whopping 40 by 15 feet. And that’s not even including the square footage in the palatial, chandelier-crowned master bath, which features a soaking tub and an enormous walk-in shower. The bathroom is bordered by his-and-hers walk-in closets and a separate space dedicated solely to meditation. 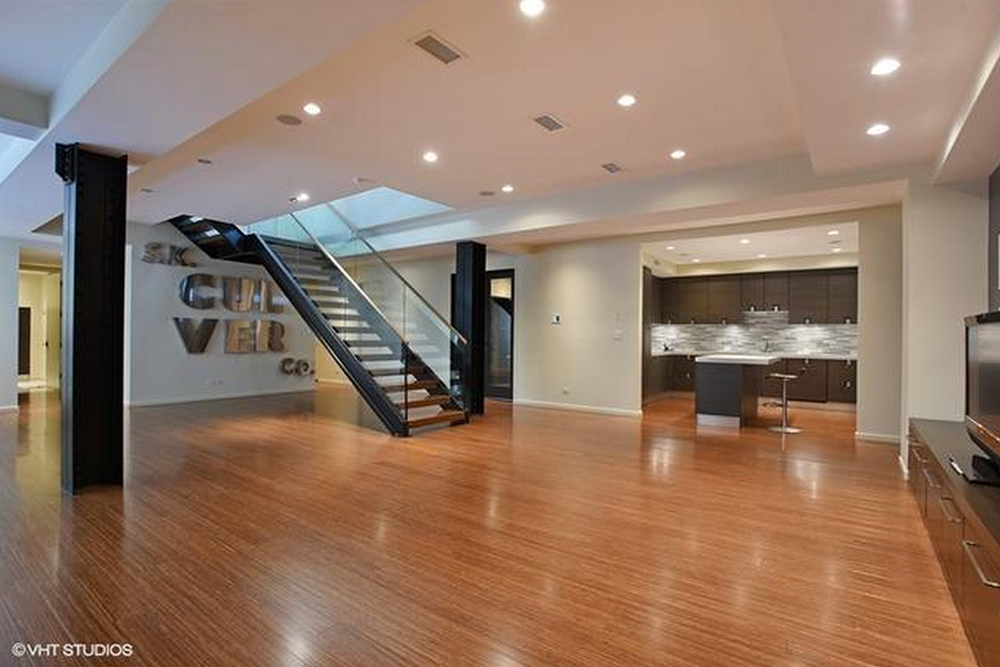 After the structure served as a substation, it enjoyed a stint as the headquarters of S.K. Culver Co., a water cooler distributor founded in 1944 and still in business today. The company’s original signage, which once emblazoned the front of the building, lives on in the home’s cavernous basement rec room. The sign-turned-art serves as a conversation piece as guests are introduced to the fully stocked wine cellar and the home’s second kitchen. 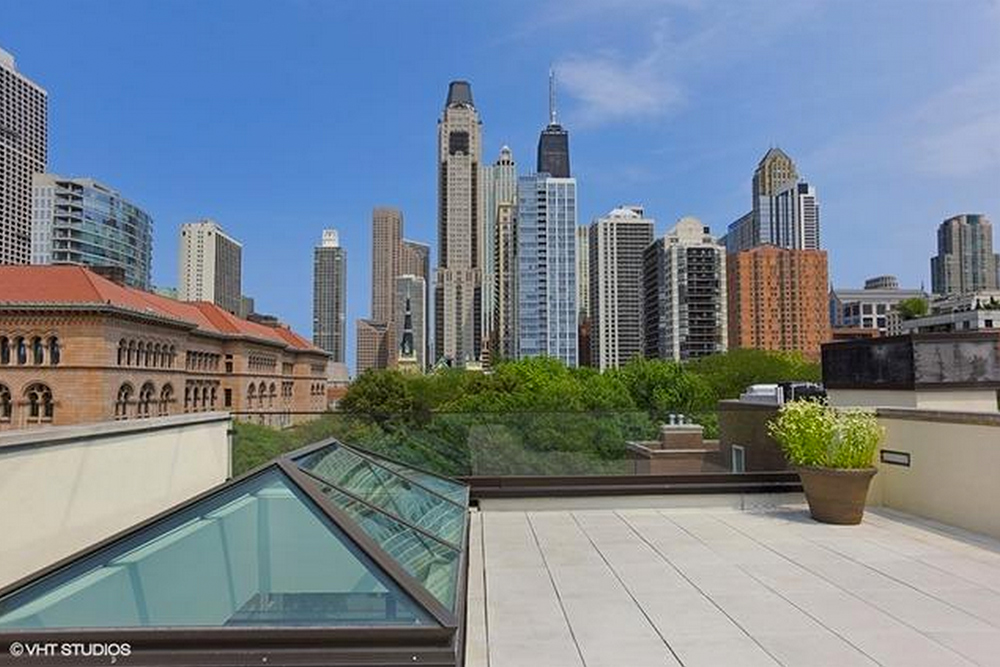 A spiral staircase leads from the fourth-floor greenhouse and expansive garden terrace to the residence’s rooftop deck. There, residents can enjoy a panorama of the Chicago cityscape, complete with a bird’s-eye view of picturesque Washington Square Park just across the street to the east.