Think you know what style of home your state loves best? Here are some hard facts to back you up. Trulia scoured the listing data of for-sale homes in more than 100 metros to find out how homes are most often described in each state. Hunting for more than a dozen home styles, including craftsman, Victorian, Tudor, modern, adobe, cottage, and more, we tallied the listings to find each state’s favorite style.

Do you live in a state that loves the humble ranch or favors a different home style? Find out below! 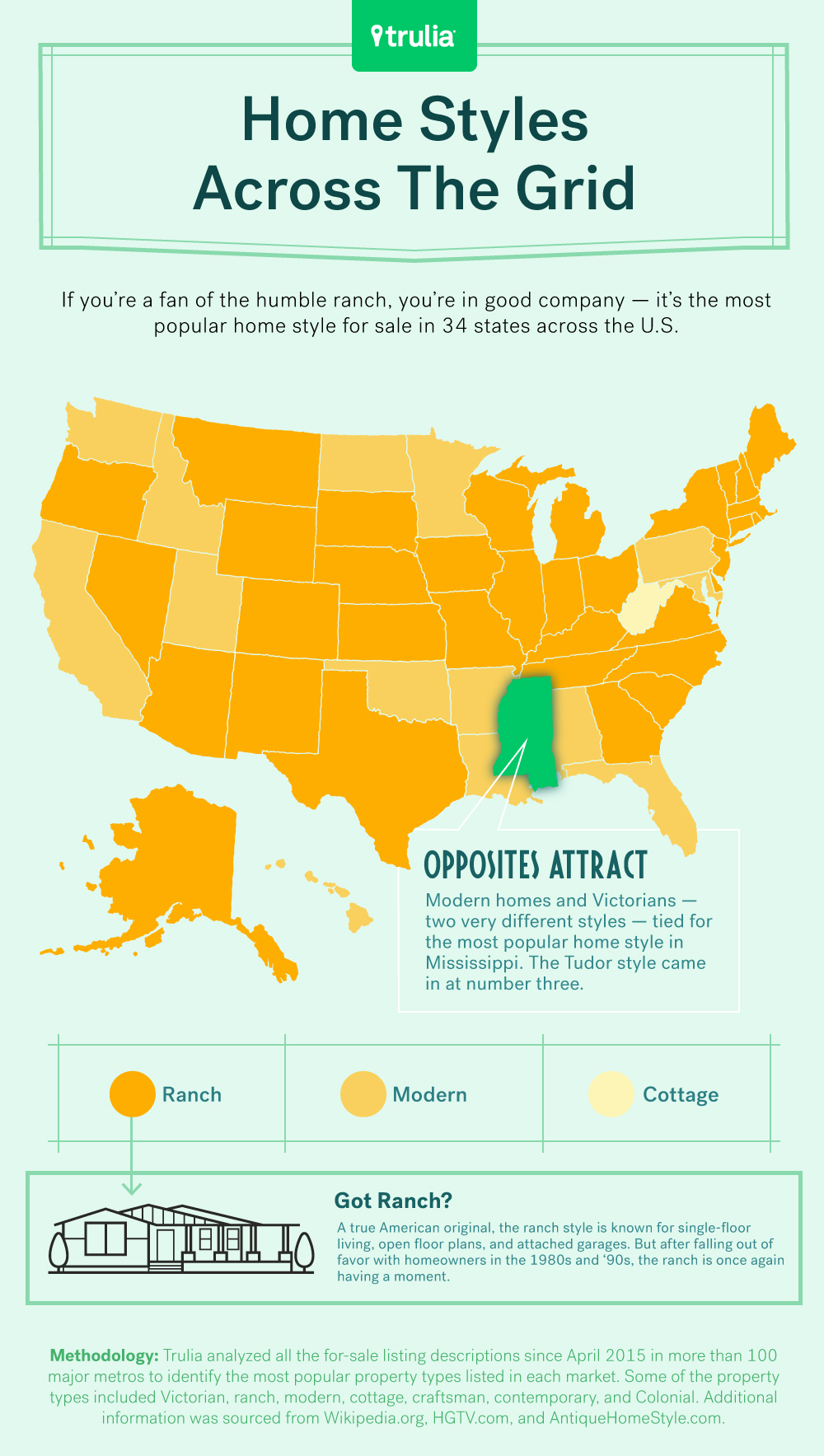 While you might not be surprised to learn that ranch homes are the national favorite, with 34 states claiming them as most popular, you may not have expected them to beat out the second-favorite style by more than double (modern homes are most popular in only 15 states). Americans love single-story living!

Surprise: Modern homes can be affordable 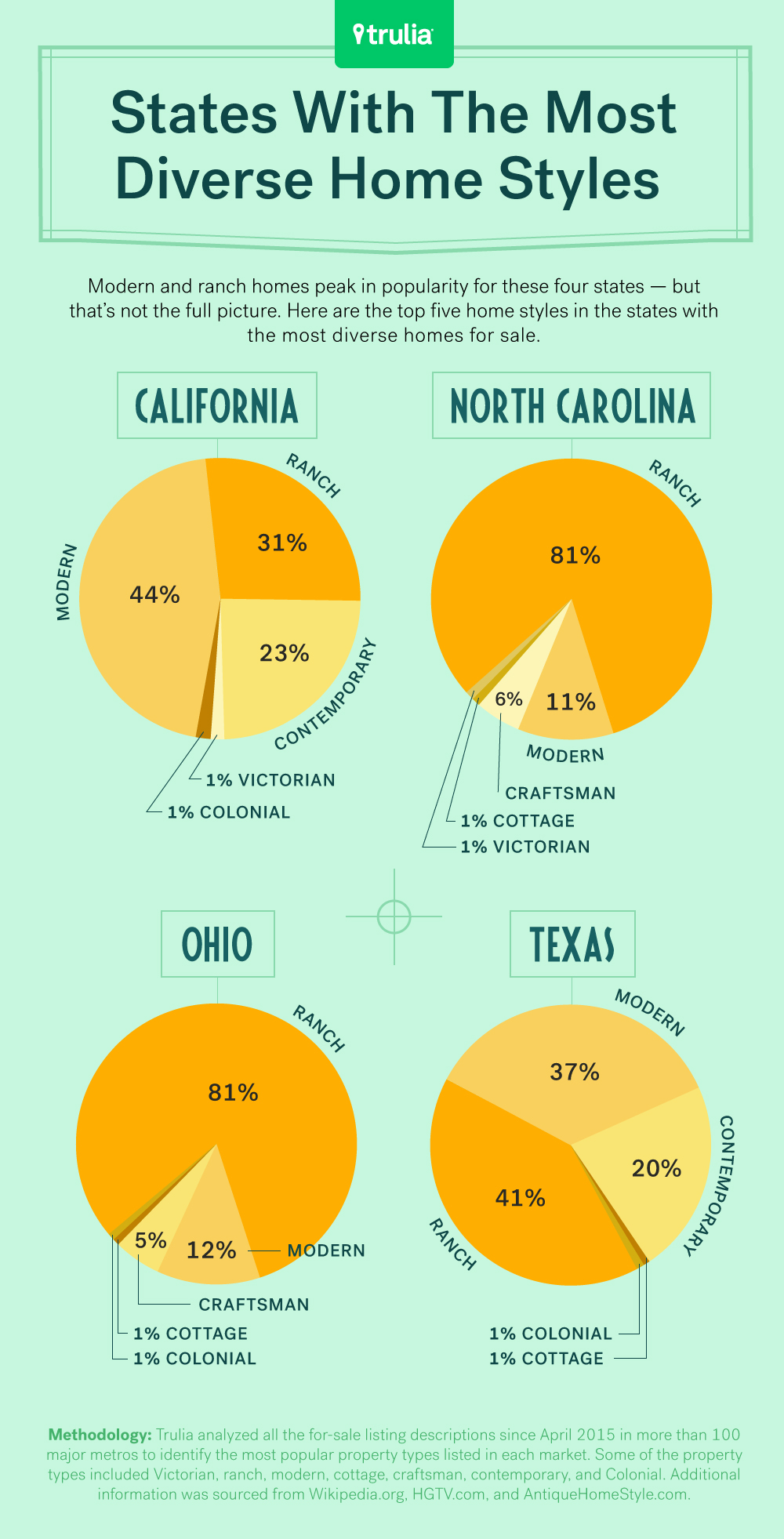 In most states, only three styles — ranch, modern, and contemporary — rank as most popular, with the others falling in line at percentage points well below 1% each. But in some states, like the four in these pie charts, there is more diversity in home styles. These aren’t the only states where more diverse home styles are popular, however. In Maryland, for example, farmhouses come in at number four in popularity (but account for only a tiny sliver of the listings at much less than 1%), and in the South, states tend to have more diverse for-sale offerings: In Louisiana, North Carolina, South Carolina, Tennessee, Texas, and Virginia, the most popular home styles include cottage, Colonial, craftsman, Victorian, and Tudor, none of which appear on any state lists in the Northeast.

What’s your favorite home style? Does it match your state? Share in the comments below!