When you’re looking for a new job, your potential salary is only part of the story of what life will be like. That great new paycheck may not be so great after all if it barely pays for a roof over your head.

Trulia teamed up with the jobs site Indeed to take a closer look at the U.S. cities with the highest salaries, once you adjust for cost of living. It turns out that the cities at the top of the list are not the big metropolises you may expect. These mid-sized cities with a low cost of living are places where you can have a good job, a good life, and a good home even if you make a heck of a lot less than a Wall Street or Silicon Valley paycheck.

As a headstart for people looking to relocate for a job, we looked into what the big opportunities are in four of these cities and dug into Trulia’s data to find out which neighborhood or suburb in each gets the most searches by locals—in other words, by the people who know the area best. If you’re up for relocating, consider it a sweet spot for starting your home search. 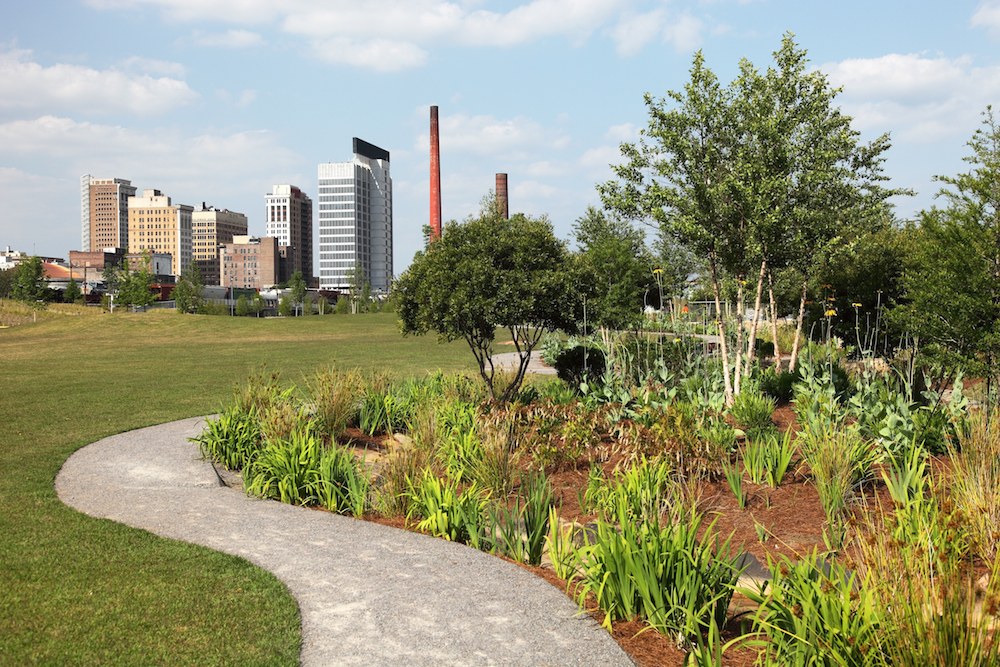 Birmingham has an average salary that, adjusted for cost of living, is higher than in San Francisco or New York City.

Long known as “The Pittsburgh of the South” because of its iron and steel industry, Birmingham has diversified to become a leader in banking, insurance, healthcare, education, manufacturing, and the arts. And, once you adjust for cost of living, the average salary here is $10,000 more than in San Francisco and a good $17,000 more than in New York City.

Birmingham’s growth doesn’t match the pace of Southern economic powerhouses like Atlanta, Raleigh, and Nashville, but it is Alabama’s largest city and a bright spot in the state’s economy, accounting for about 30 percent of its domestic product.

The three largest employers in town are the University of Alabama at Birmingham (23,000 employees), Regions Financial Corp. (7,100), and Honda (4,800). Mercedes-Benz U.S., U.S. Steel, and Wells Fargo are also major employers.

The city is home to the Southern Research Institute, a nonprofit where more than 400 scientists and engineers work on drug discovery and development, engineering, energy, and the environment. This gives the institute the distinction of simultaneously working to cure cancer, put people on Mars, and clean the planet’s air and water.

Where to live: Irondale

Birmingham locals search Trulia for homes in the 35210 zip code, which includes the suburb of Irondale, more than any other local zip code. Affordability may be one reason: Median home prices here are $147,000, well below the metro area’s $195,000 median and not even half of Atlanta’s median of $300,000. The average rent in Irondale is $1,249 a month.

Local agent Gusty Gulas says Irondale is popular for its new construction and for homes with larger lots, which can be hard to find. “First-time home buyers come for the affordability and location,” says Gulas. “Others relocate here from nearby districts with a higher tax rate.” Convenience is another draw: Irondale is just 15 minutes from downtown and the airport. 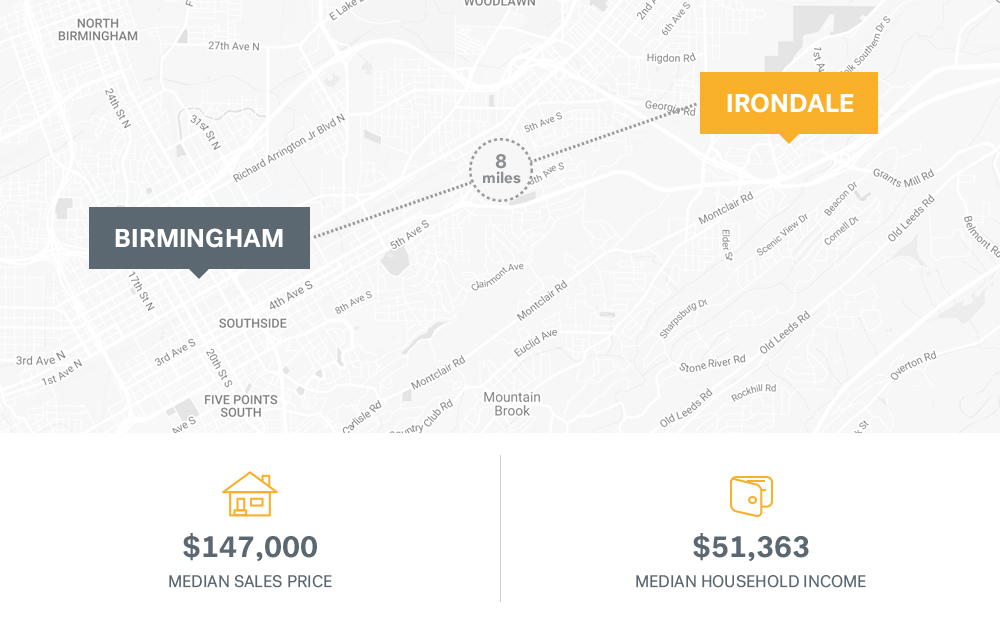 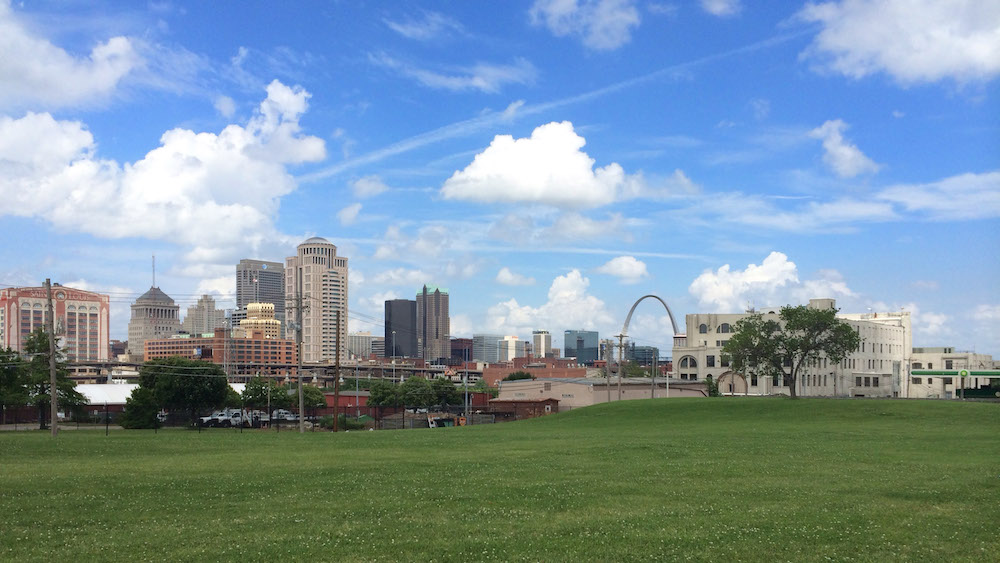 Employment is strong in St. Louis, and the city’s average salary, adjusted for cost of living, is higher than in Chicago and Detroit.

Home to ten Fortune 500 companies and 2.8 million people, St. Louis has a strong regional economy and an average salary that, adjusted for cost of living, is $8,000 higher than Chicago’s and $3,000 higher than in the affordable city of Detroit. The employment rate in St. Louis grew in 2017 and is stronger than the national average. The greatest growth has been in St. Louis’s construction, manufacturing, and leisure and hospitality industries.

Among the big companies headquartered here are healthcare players Express Scripts Holding and Centene, manufacturers such as Emerson Electric and Graybar Electric, financial powerhouses Reinsurance Group of America and Jones Financial, as well as Monsanto. Budweiser is still a big name in town and employs more than 4,000 people, and McDonnell Douglas has a workforce of 14,000.

Where to live: Bethalto, Illinois

St. Louis locals search for homes in the 62010 zip code, centered on the village of Bethalto, Illinois, more than any other local area. This town of 10,000 people lies across the Mississippi and over the state line, but is just 35 minutes from downtown.

“I love the smaller hometown feel of Bethalto,” says local real-estate agent Angie Daniels. “Neighbors look out for each other, and people care about their properties. You get a sense of pride and community.” The town itself is mostly residential, but there’s plenty of shopping and dining in Edwardsville, a 15-minute drive away.

Giving the lay of the land of Bethalto’s real estate, Daniels notes, “There are a few newer subdivisions—Patriot’s Crossing, Schreiber Farms, and Woodcrest, as well as the more established Whispering Oaks. For buyers looking for larger yards or a more rural setting, Heartland Meadows and Bethalto Lakes have two-plus-acre lots.” 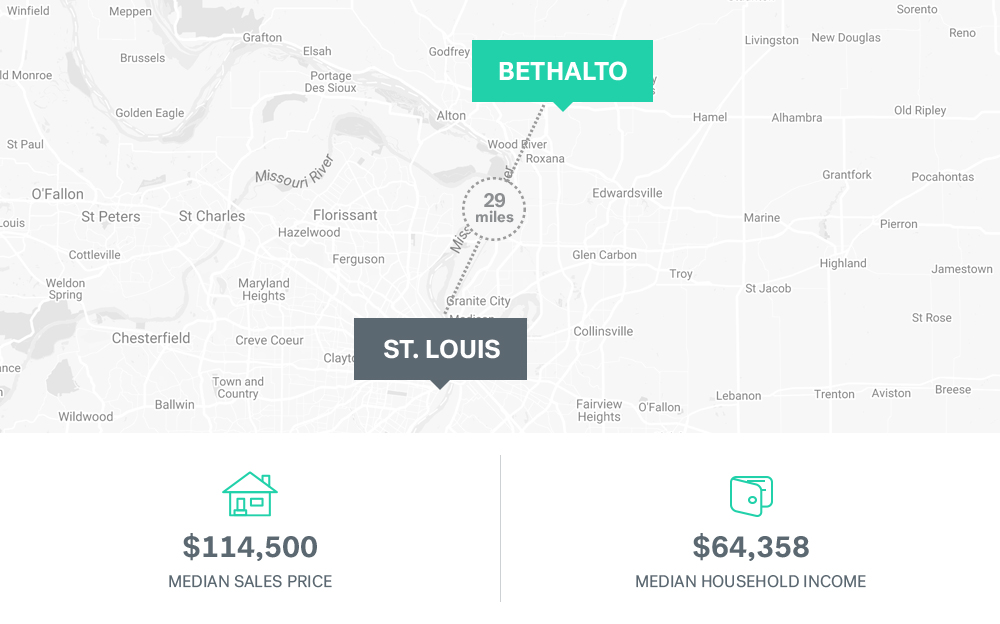 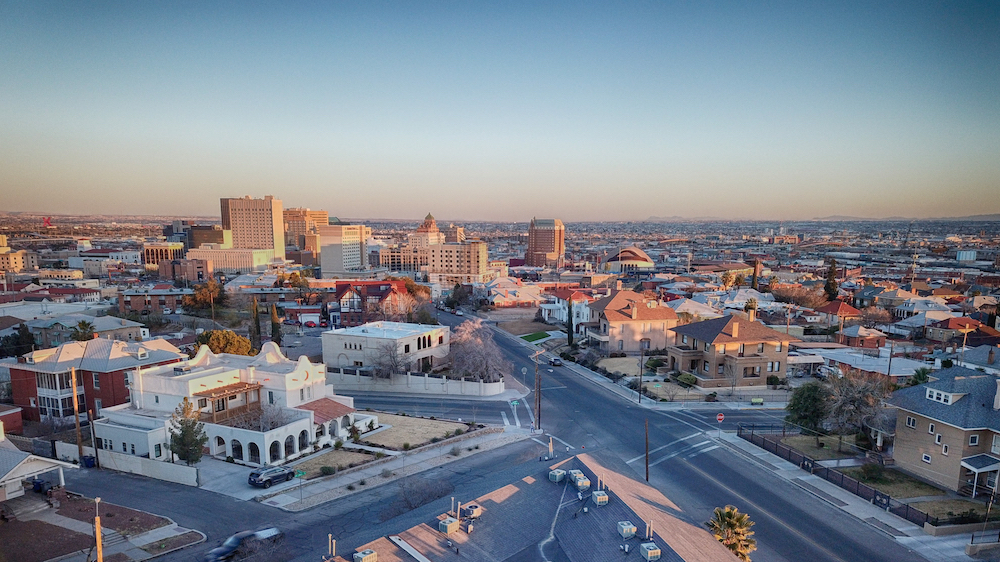 The border town of El Paso has a growing economy and an adjusted average salary that’s higher than in Dallas-Fort Worth.

Government is big business in El Paso, a border town of 850,000 residents, most of whom are Hispanic and many of whom are bilingual.

The sprawling Fort Bliss Army base, which employs 47,000, including 13,000 civilian workers, is by far the largest employer in the region. It also supports at least another 18,000 jobs in the area. Retail, recreation, food services, transportation, and logistics are also important in this region, which locals refer to as “The Borderplex.”

In 2018, El Paso’s economy is projected to grow 2 percent, as compared to the state’s overall projected growth rate of 3 percent. The city isn’t counted among Texas’s economic hotspots, but it’s more affordable. Its average salary, once adjusted for cost of living, is about $7,000 higher than the average in Dallas-Fort Worth.

After two private healthcare providers, the largest non-government employer in the area is Automatic Data Processing—and it’s expanding. Three years ago, the HR/payroll company moved into a new 150,000-square-foot building, and it has been adding almost 300 new employees a year.

Another big player is T&T Staff Management, which has more than 5,000 workers placed in positions around the area that range from minimum-wage service jobs to high-level professional roles.

Where to live: the Upper Valley

The Upper Valley is a long, narrow strip of land on El Paso’s west side that hugs the Rio Grande River and Texas’s border with New Mexico. It’s known for its green, country feel and views of the Franklin Mountains. “The other big selling point of the Upper Valley is community,” says local realtor Rene Botello. “You’re safe moving here. You’re going to know your neighbors.”

It’s also convenient. The Upper Valley parallels I-10, for an easy commute into downtown. Some of its neighborhoods, like Riverbend, are just 15 minutes from the center of town and hold a wide mix of homes, from this $1,675,000 eight-bedroom mansion to this $118,000 three-bedroom ranch. A bit further out, homes in established neighborhoods such as The Willows and Country Club generally command higher prices. Rentals in the Upper Valley tend to range from about $1,000 to $2,700. 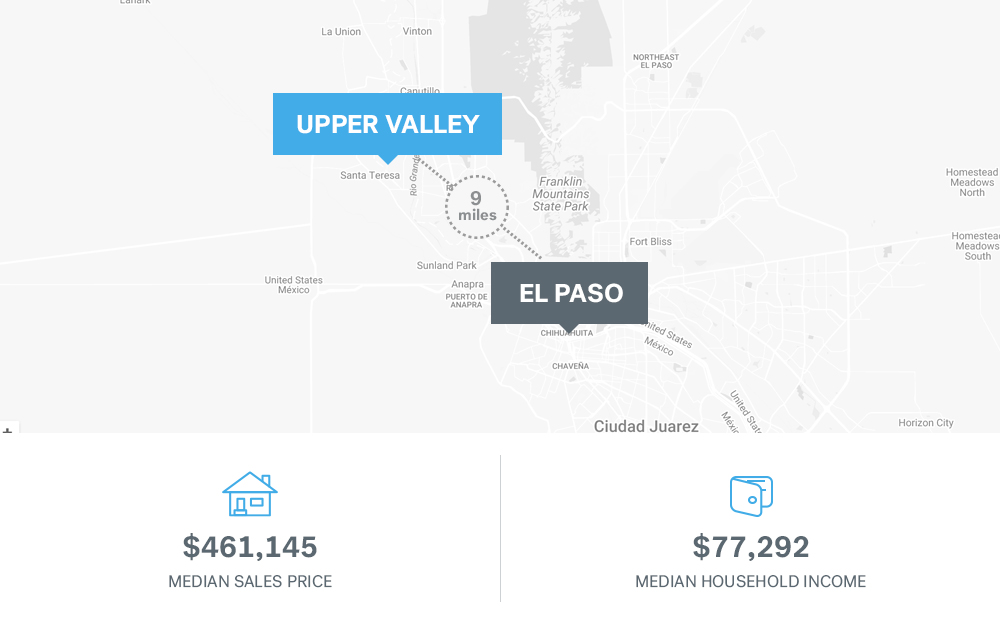 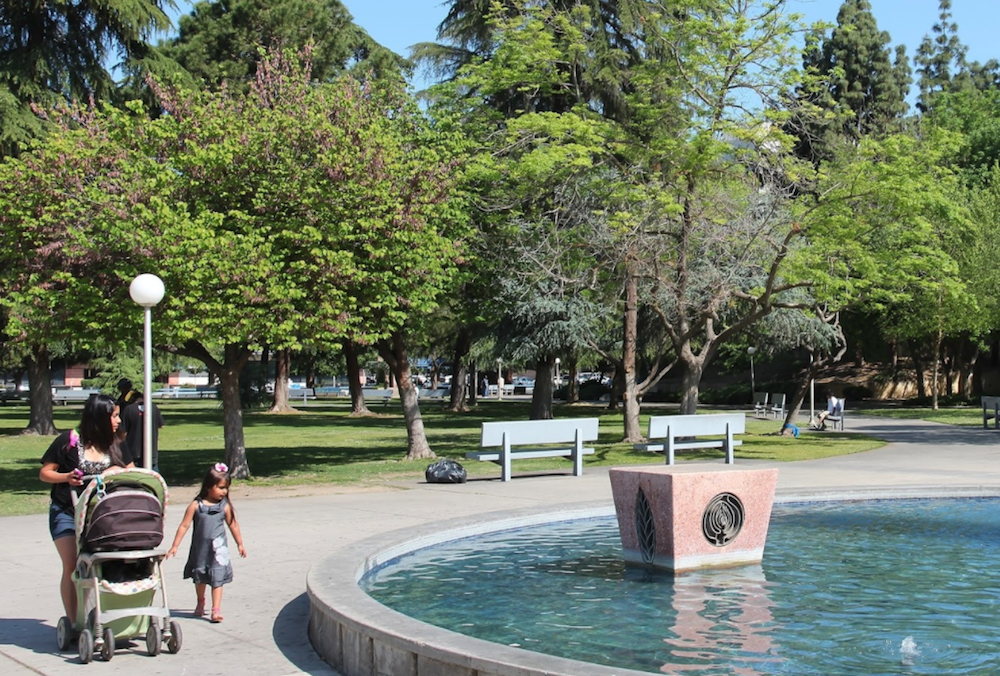 The Central Valley city of Fresno has an average adjusted salary that’s higher than in both San Francisco and LA.

Fresno may lack the sizzle of Hollywood or San Francisco, but at $236,100, the median price for a house here is about one-fifth as much as in the Bay Area. Plus, Fresno locals can finish their commute before a Los Angeles driver has even inched onto the freeway. And, jobs-wise, this Central Valley city of one million people has more going for it than the agriculture it’s always been known for.

Farming, of course, remains big business, and Fresno also has plenty of healthcare and manufacturing jobs. Within an hour from three national parks—Yosemite, Kings Canyon, and Sequoia—Fresno has seen its hotel business increase, and leisure and hospitality employment has grown along with it. Logistics is also big business in Fresno, and many companies, including the Gap, base their warehouse operations here to take advantage of Fresno’s midway point between the state’s big population centers. This year, Amazon is hiring to staff a soon-to-open fulfillment center that will eventually employ as many as 2,500 people.

Where to live: Woodward Park

Fresno locals focus their Trulia searches on Woodward Park, an upscale neighborhood nine miles north of downtown, where the median house price is $342,250, more than $100,000 higher than the overall city’s median. Woodward Park has a large shopping district, plenty of restaurants, and a public park of the same name. Outdoorsy options are good, with hiking, horseback riding, and biking along the banks of the San Joaquin River, and the location is a draw.

“The Woodward Park area is convenient to Fresno, but homeowners here also get the benefit of sending their children to the award-winning schools in nearby Clovis,” says Farris.

There are plenty of rentals available in Woodward Park, as well as properties selling in the $200,000s and $300,000s, most with large lots. The neighborhood also holds some surprises, like this $1.2 million four-bedroom. 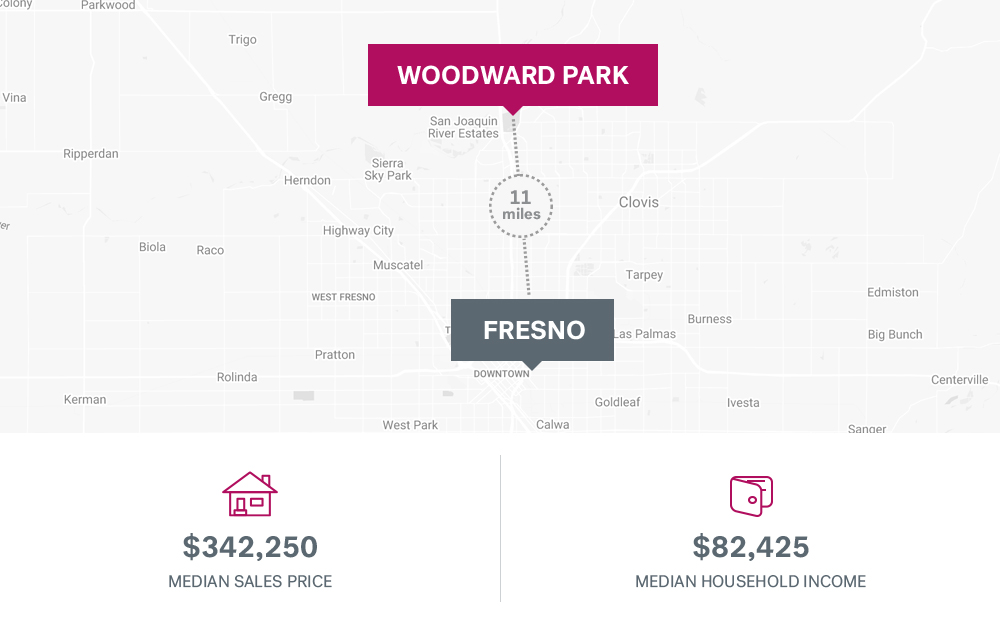 METHODOLOGY: Trulia identified the ZIP code in each of these metro areas that had the most home searches by locals of that metro area from December 2016 to December 2017.

Which of these cities would you move to for a great job? Tell us in the comments.