Stars, they’re just like us! In a world of insane, high-priced luxury real estate, many celebrities decide to go the rental route. Whether it’s for the long term or just during transitions — like divorce, a bicoastal move, a lengthy vacation, a renovation project, and more — celebs are signing leases from coast to coast. Let’s take a peek inside the fabulous rentals of some of the biggest stars! 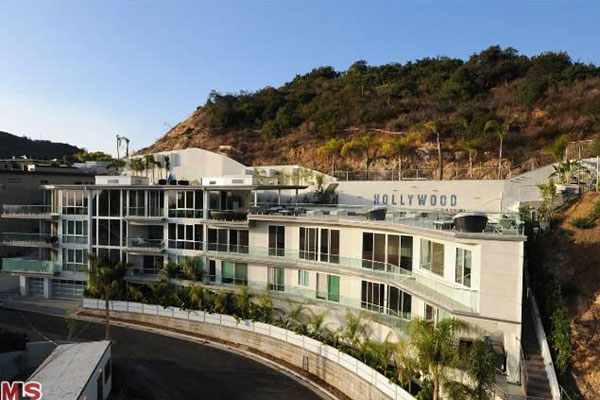 Ever since he was deemed the “world’s worst neighbor” by anyone who’s ever lived next to him, Justin Bieber has been living the renter’s life. He sold his Calabasas, CA, mansion to Khloe Kardashian and booked it to Atlanta for a couple months. The lure of the West Coast got hold of him again, and he was back in no time, this time shacking up in two rented Beverly Hills condos. When the neighbors there had enough, he moved on … again. Now Bieber is renting a $29,500-a-month Hollywood Hills mansion with its own nightclub, indoor gym, home theater, and three bars. 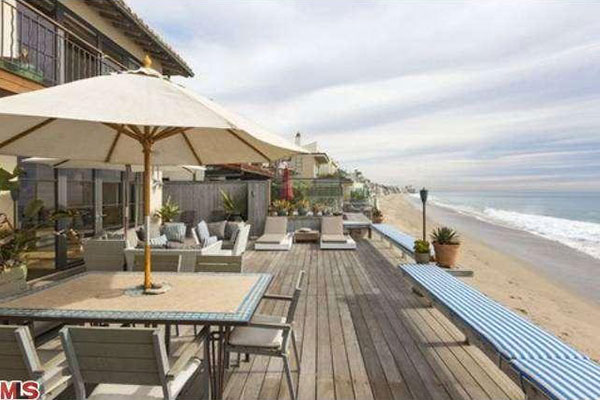 The jet-setter hotel heiress can never stay in one place for too long, which is why she likes to sign short-term leases. This summer, Paris signed on the dotted line for a $65,000-a-month Malibu, CA, beach rental, where she shacked up for the entire month of July. She threw an A-list Fourth of July party and soaked up the sun until August, when she was on the run again! 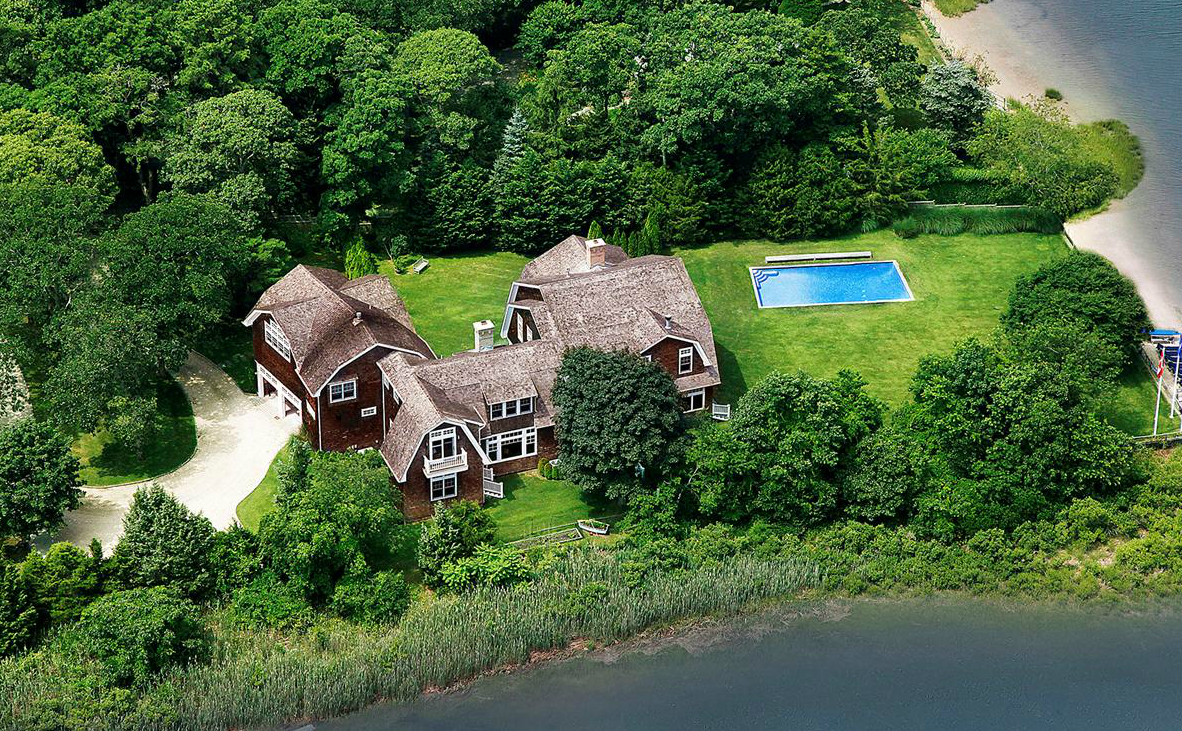 Khloe, Kourtney, and the entire family became renters in the world-famous Hamptons of New York this summer while they filmed their reality TV show Khloe and Kourtney Take the Hamptons. During their time there, they “took” a lease on a $14 million waterfront mansion, where they spent gorgeous summer nights enjoying the peace and quiet of the three-acre, five-bedroom, six-and-a-half-bathroom property. 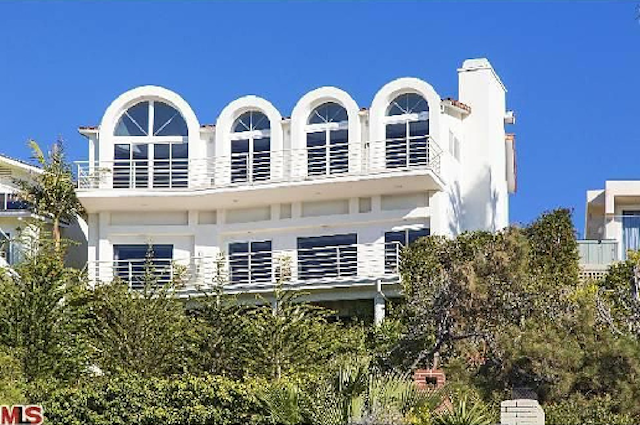 Speaking of Kardashians, Bruce Jenner, the family patriarch, became a renter in Malibu earlier this year. He and wife Kris Jenner very publicly decided to live apart, and Bruce booked it as fast as he could to the shores of Malibu, where he took up rented residence in a $14,500-a-month bachelor pad. The four-bedroom, three-bathroom, 4,400-square-foot beachfront home is Bruce’s place to get some R&R away from the madness that comes along with Keeping Up with the Kardashians. 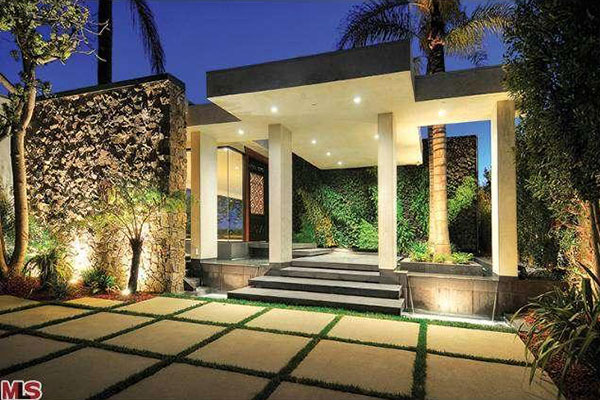 Jennifer Aniston may not be a perma-renter, but she knows how to work her way around a lease when she needs to. The well-tressed “Friend” bought a massive $21 million mansion in Bel Air in January 2012, but quickly decided it needed a major overhaul. While the contractors and construction crews moved in, Jen and longtime fiancé Justin Theroux rented a very Zen-inspired Beverly Hills mansion with a very un-Zen $40,000-a-month price tag. They shacked up there for at least a year while they waited out the final touches on their Bel Air dream home. 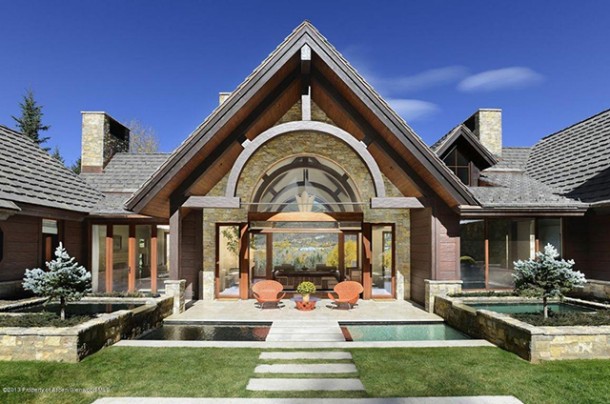 RiRi is the ultimate celebrity renter! The world-famous pop diva has rented at least four high-priced properties in her short time in the spotlight. According to reports, she’s currently shacking up in two bicoastal rentals. The first is a penthouse in New York City, where she’s paying $39,000 a month for a swanky Chinatown pad. Back on the West Coast, she left a stalker-riddled estate and moved into a massive rental atop the Hollywood Hills, where she has the views and privacy she needs. When she’s just in vacation mode, Rihanna goes the rental route as well. This past winter, she took up residence in the most expensive home in Aspen to celebrate her 26th birthday, Instagramming the luxe vacation along the way. Back in her home island of Barbados, Rihanna rented a massive $20 million oceanfront villa with her family. It’s good to be Rihanna!

Don’t have an A-lister’s bank account and want to live like a celebrity for a year? Enter Trulia’s Pay My Rent Sweepstakes for a chance to win $25,000!

If you need help making the “should I rent or buy?” decision, check out Trulia’s handy Rent vs. Buy Calculator!