There’s no shortage of good tech jobs in Silicon Valley and San Francisco, of course. But with the median home price topping $1 million, even highly paid tech workers can have trouble making ends meet. Fortunately, several mid-sized cities across the country are experiencing their own tech booms, with startups galore and plenty of job openings. And, according to the Bureau of Labor Statistics, this is just the beginning. The BLS predicts that over the next decade employment in tech will grow 13 percent, faster than the average for all other occupations.

So, where are these new tech hubs? Everywhere from Alabama to Colorado. Here’s a look at four cities where job prospects are growing rapidly and where a tech salary (which averages $109,000 nationwide according to industry nonprofit CompTIA) will go a lot farther in the housing market.

As a home-buying headstart for people looking to relocate for a job, we dug into Trulia’s data to find out which neighborhood or suburb in each of these tech hubs gets the most searches by locals—in other words, by the people who know the area best. If you’re up for relocating, consider it a sweet spot for starting your home search. 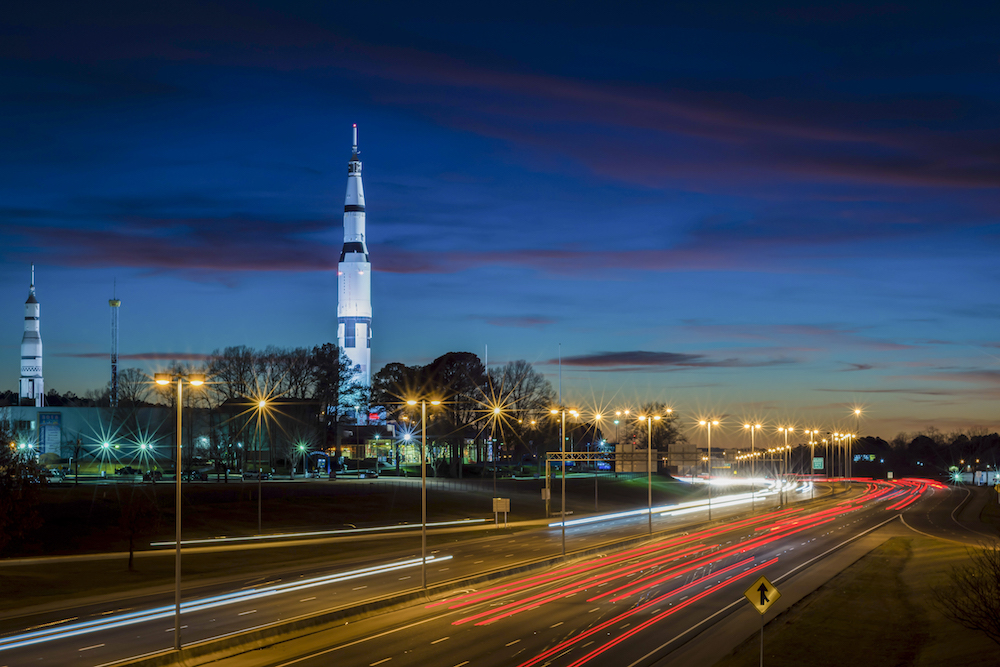 Huntsville, aka “Rocket City,” is booming, with jobs in aeronautics and other tech industries up 309 percent.

Since the early days of the space age in the 1950s and ’60s, engineers have flocked to Huntsville, aka “Rocket City,” to join the teams at NASA, McDonnell Douglas, and Boeing. These companies landed Department of Defense contracts and produced more and more spin-off companies, all requiring engineering and tech talent, says John Norris, chief economist at Oakworth Capital Bank in Birmingham, Alabama. More recently, Huntsville has attracted Amazon CEO Jeff Bezos’ space venture, Blue Origin, which is investing $200 million to build its BE-4 rocket engine here, and Aerojet Rocketdyne, which is bringing 800 new jobs to town. It all adds up: ZipRecruiter data shows tech jobs in Huntsville up a whopping 309 percent in 2017 over 2016.

Where to Live: Madison

Part of what attracts companies to Huntsville, Alabama’s second largest city, is its low cost of living. With a median home price of $150,000, housing in Huntsville leaves tech workers with plenty of disposable income. Even in Madison, a bedroom community west of Huntsville that’s the most popular among locals searching for homes on Trulia, the median price for a house—$190,000—is still less than the nationwide median. The suburb, once covered in cotton and soybean fields, is now a hot housing market “with good schools and new shopping areas,” says local agent Sid Pugh. “And local officials are pursuing a minor league baseball team and stadium.” All this is enjoyed, says Pugh, by “a good mix of the old Madison residents and up-and-coming engineers who are new to the area.” 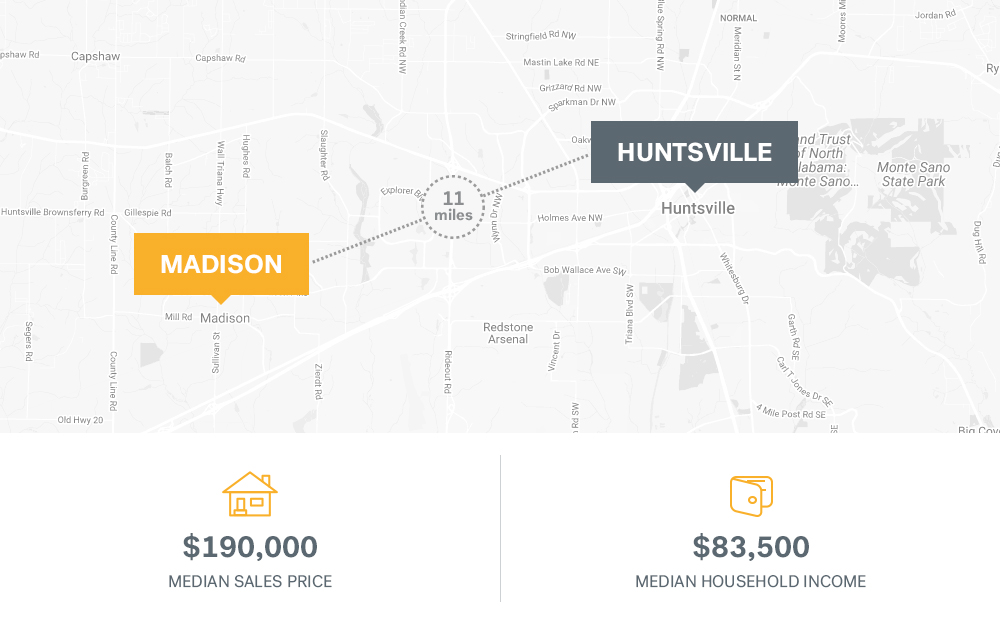 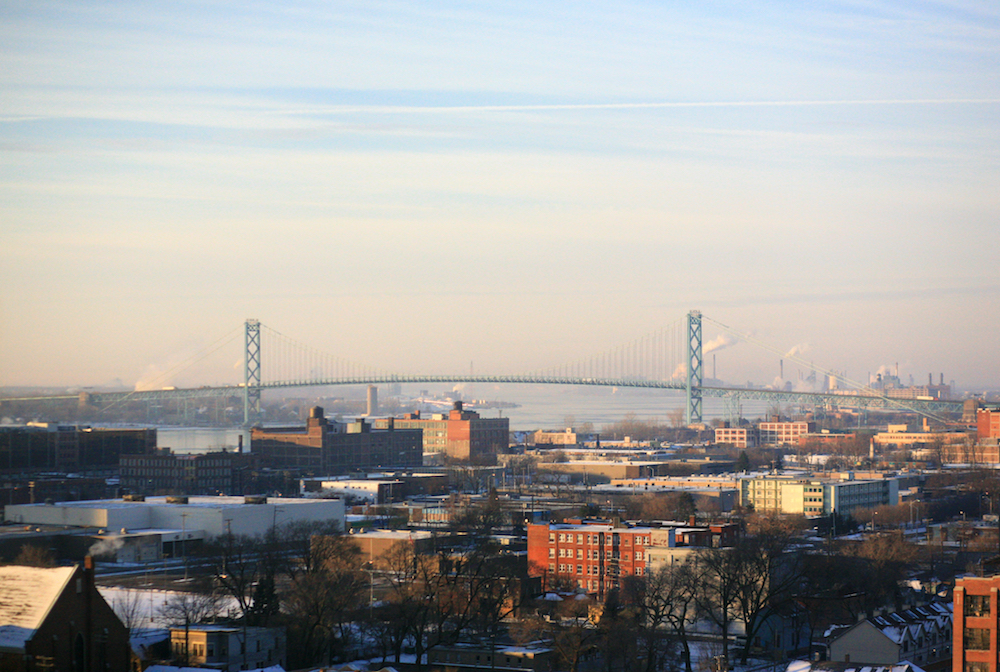 With automakers hiring software engineers and Google coming to town, tech jobs in Detroit are up 81 percent.

The overall unemployment rate in Detroit inched down 1.2 percent last year, reports the BLS—but employment in tech was absolutely on fire. Tech jobs shot up 81 percent in 2017 over 2016, landing the city on ZipRecruiter’s list of fastest-growing tech towns in the U.S. The growth is being driven by Detroit’s traditional employers, the big automakers, who are hiring more and more software engineers. Google is also moving an office up from Birmingham, Alabama, and will be joining a cluster of tech companies, including Twitter and Microsoft, on and around the Madison Block downtown. Meanwhile, TechTown, a Detroit incubator that has helped companies create 1,300 jobs since 2007, continues to nurture new startups into existence.

Where to Live: Dearborn Heights

Even after Detroit’s home values leaped 18 percent last year, the city remains one of the nation’s most affordable. Indeed counts Detroit in the top 10 cities where tech salaries go furthest, once you factor in the local cost of living. In fact, with a median home price of just $49,580, Trulia’s data shows that school teachers, who have a median income of $63,000, can afford 75 percent of homes for sale in the area—so software engineers should have no trouble at all.

The median home price is higher—$123,000—in Dearborn Heights, a suburb west of downtown where locals search Trulia for homes in more than anywhere else in the Detroit metro area. And demand is high. “Dearborn Heights is rocking,” says Jeff Darwish, a local agent. It’s the “little sister” to nearby Dearborn, where Ford’s campus is undergoing a $1.2 billion redevelopment. Homes in both suburbs are selling quickly, and new restaurants and shops are opening for business. People are drawn to Dearborn Heights’ diversity, Darwish says, as well as its easy freeway access and proximity to the airport and downtown. “People—including engineers and tech workers—are coming in from all over.” 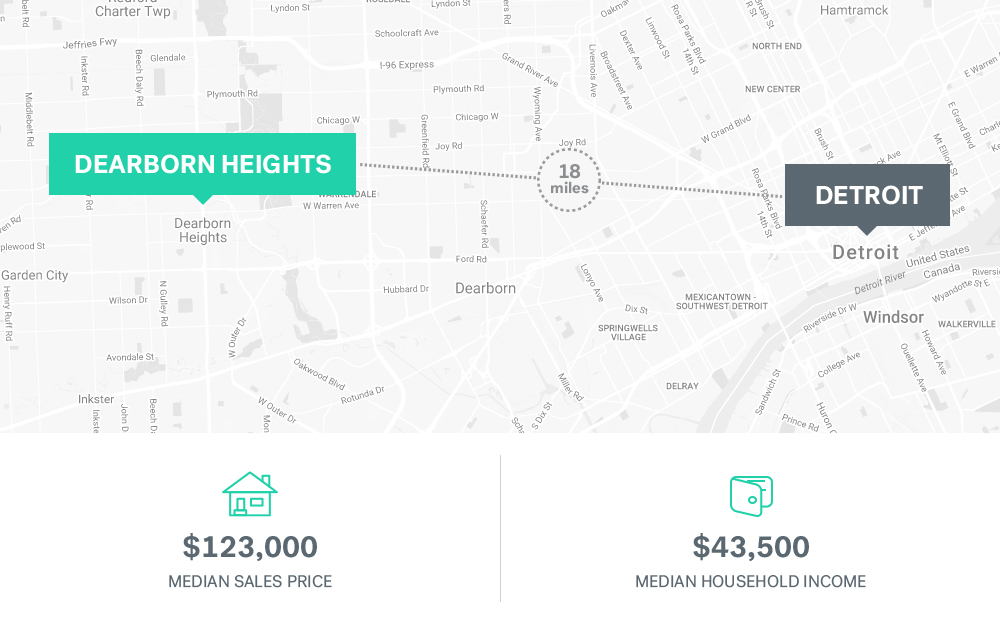 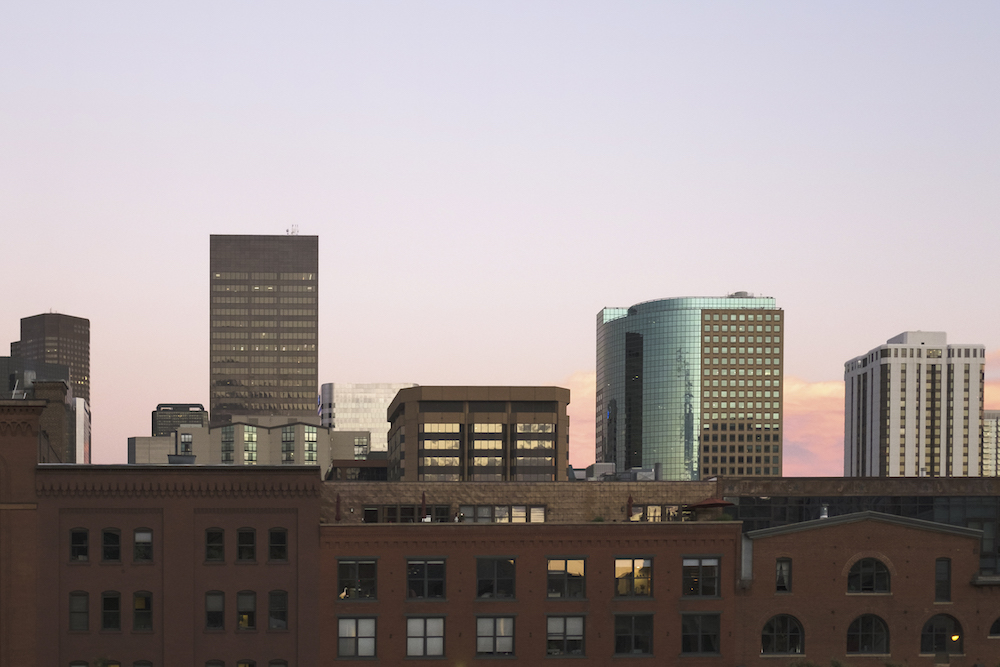 Thanks to a business-friendly city government and a well-educated workforce, Denver’s startup scene has developed real momentum. The city ranks as one of the top U.S. cities for entrepreneurs and tech startups—higher than both San Francisco and Silicon Valley—according to the 2017 Kauffman Index of Startup Activity. Warehouses are being remade into hip HQs at a  rapid clip. CBRE reports that the tech industry has become the biggest customer of downtown office space. And things are only heating up. HomeAdvisor, which connects consumers to home repair pros online, is opening a new office in Denver’s RiNo neighborhood, in part to be more attractive to its millennial workers. Meanwhile, Ibotta, a shopping app developer, just keeps expanding its downtown HQ, and the marketing email company SendGrid is in growth mode, too. Even bigger things may be in store: Amazon has narrowed its search for its massive second headquarters to 20 cities, and Denver is on the shortlist.

Where to Live: Aurora

Denver’s housing market is hot—the median price went up 7 percent in 2017 over 2016 to $385,000. Trulia data shows that it’s also one of the nation’s top-10 fastest-moving housing markets—houses do not sit on the market long. Newcomers are flocking to Aurora, a suburb east of Denver that gets more home searches by locals than anywhere else in the area. Buyers look to Aurora for relatively affordable newer houses with big yards within an easy commuting distance of downtown, says local agent Jani Bielenberg. 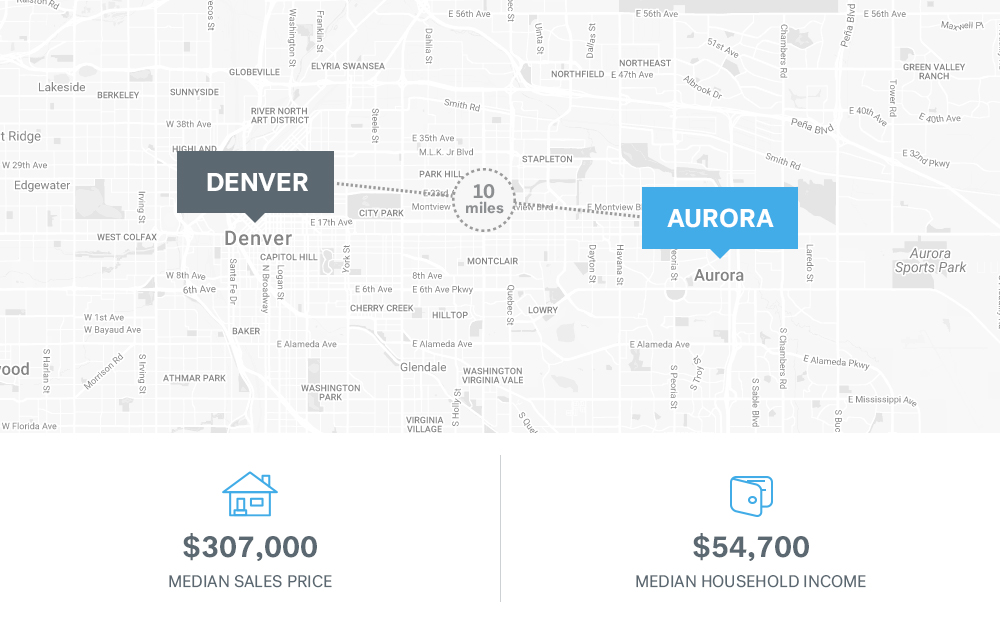 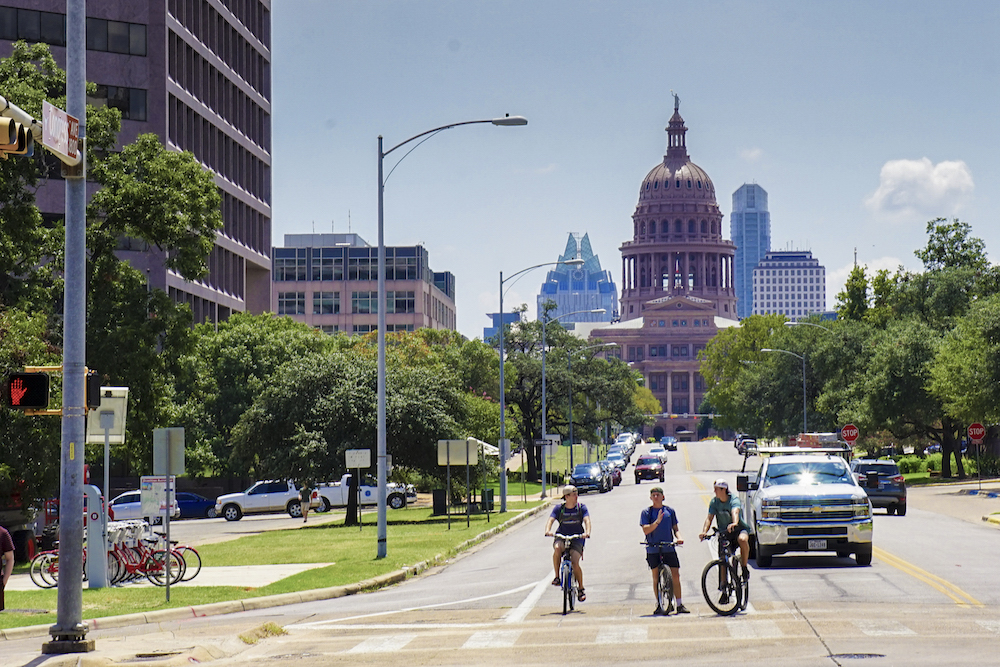 Austin is no newcomer to tech—Michael Dell founded Dell Computers here back in the ’80s. Since then, it’s only been up and up for a place known as “Silicon Hills.” Glassdoor data puts Austin near the top of the list of cities that gained the biggest share of software jobs between 2012 and 2017. Innovate Austin counts 5,500 tech companies in the area, plus 46 incubators, accelerators and maker and co-working spaces, all places where startups are born. And, last year, jobs at Austin’s top 100 tech companies grew by 11 percent, reports Built In Austin. Salaries, too, are high compared to the cost of living. Indeed put Austin third on its list of cities where tech salaries go furthest, one notch above San Francisco.

Dell, IBM, and Apple are among the city’s top employers—and Amazon, Facebook, and Google all have offices here, too. Meanwhile, up-and-comers like Turnkey Vacation Rentals and ESO Solutions are growing at a rapid clip. And, in a recent boost, it was announced that Austin is among the 20 cities still in the running to be home to Amazon’s second headquarters.

Where to Live: Cedar Park

Austin is the fastest-growing market in the nation, with a staggering 12 percent population growth, Trulia data shows. And with an average listing price of $579,552 and a low inventory of homes for sale, house-hunting is no cakewalk. Austinites looking for homes on Trulia focus their searches on suburban areas, with Cedar Park topping the list. Home buyers are drawn to the relatively affordable suburb for its good schools, nearby Metro rail line stop, and proximity to jobs in northwest Austin. Cedar Park also has lots of new home developments and “all the good restaurants,” says local real estate agent Perry Henderson. “It has just exploded.” 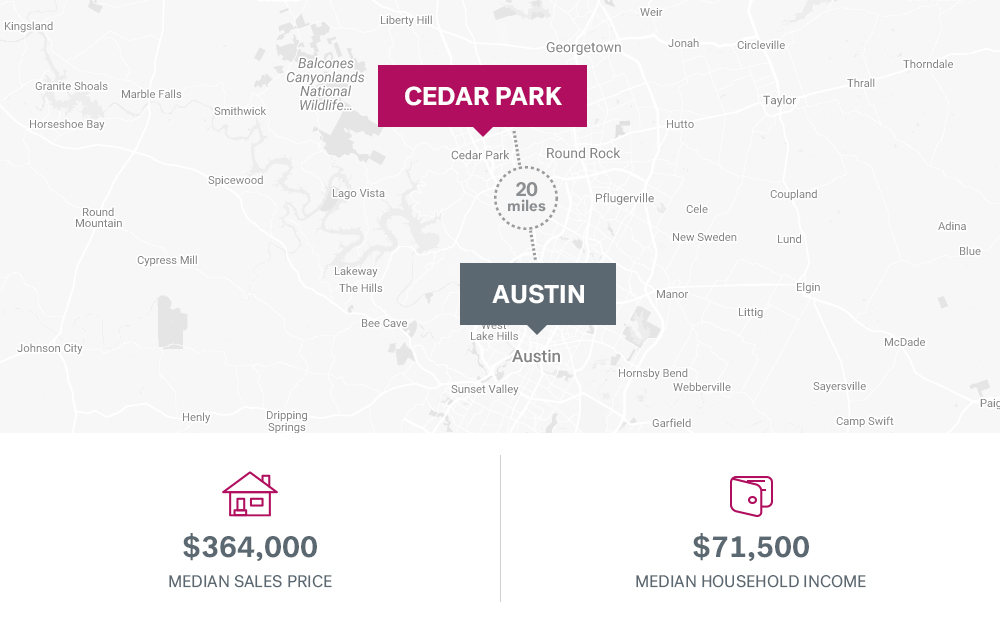 METHODOLOGY: Trulia identified the ZIP code in each of these metro areas that had the most home searches by locals of that metro area from December 2016 to December 2017.

Which of these cities would you up and move to for a great job? Tell us in the comments.