Soon Cate Blanchett will drop her glass slipper halfway around the world.The Oscar-winning actress, who stars as wicked-stepmother-esque Lady Tremaine in the new live-action adaptation of Cinderella, is plotting a move to America when her husband, Andrew Upton, finishes his tenure as artistic director at the Sydney Theatre Company in their native Australia.

And while there are oodles of castles and mansions fit for a princess (and her lucky Prince Charming) in the U.S., we thought we’d welcome Blanchett to the States by helping her decide where to hang up her tiara at the end of the day. 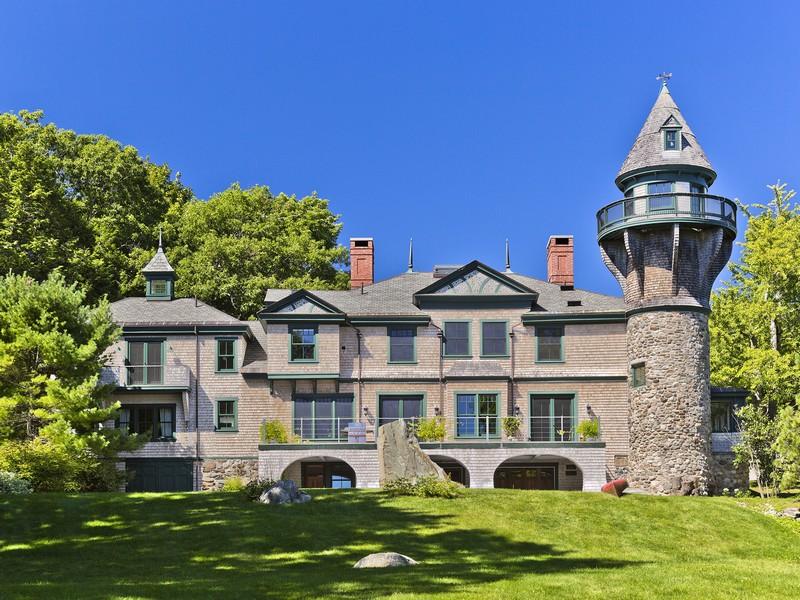 This unique and beautiful Camden home has been expertly renovated and designed.

Grab your L.L. Bean totes and those capri pants embroidered with little lobsters — because we’re heading north to idyllic Camden, ME.

This five-bed, five-and-a-half-bath home may look rather castle-esque to you, but it turns out it’s merely the carriage house to a much larger property.

Known as the “Norumbega Carriage House,” the estate was built by telegraph innovator Joseph Stearns in 1890.

Measuring over 5,600 square feet, this historic home makes it easy to imagine Queen Cate perched on the window of that beautiful tower. 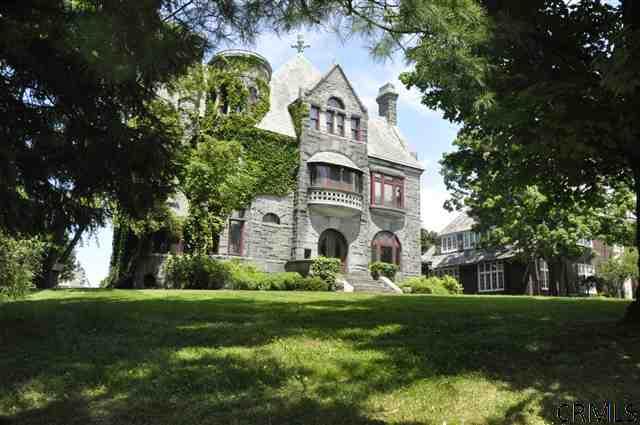 This opulent home in Albany is a steal — it can be Cate’s for less than a million.

Ah, yes, scenic Albany — where you can snag a Cinderella-worthy castle for under a million bucks.

It has four bathrooms and a whopping 23 parking spaces, but we’re not quite clear on how many bedrooms there are, which is OK, since Cinderella roughed it sleeping next to the fireplace in the basement all those years. (Hence the name “Cinder-ella.”) 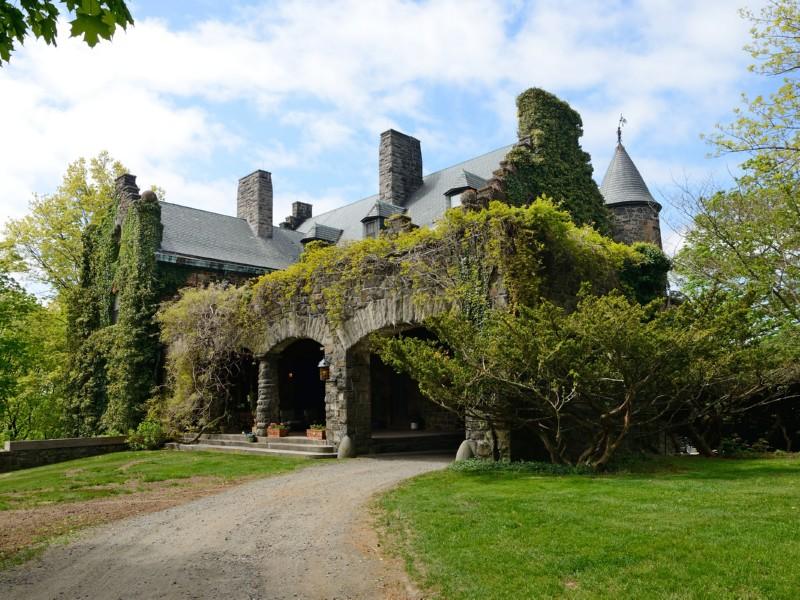 With 15,000 square feet and 18 acres of land, this Piermont estate is the perfect escape from the city.

Located on the picturesque Hudson River, Piermont is the perfect place for a movie star looking to step away from the daily grind of Manhattan.

And with 15,000 square feet of space, it’s safe to say that Ms. Blanchett would find some peace and quiet at the “Lord’s Castle,” a 30-plus-room behemoth located on over 18 acres.

The Beaux Arts–style structure has 10 bedrooms, seven and a half baths, and such regal amenities as a grand staircase and historic Italian Renaissance paneling. It also offers a separate cottage, two-story barn with classic cupola, and in-ground pool. 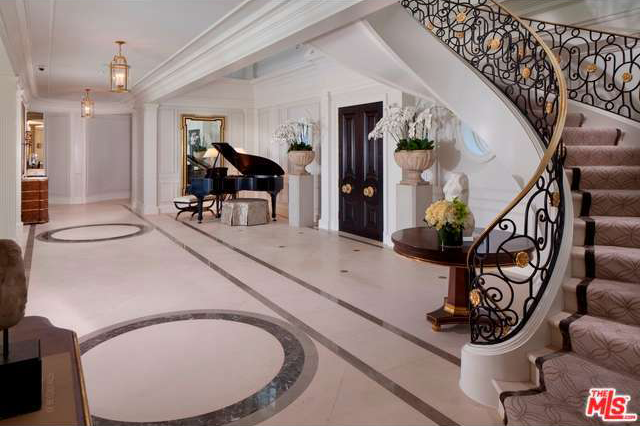 As the newly minted Fresh Princess of Bel Air, Blanchett would love to get her hands on this luxury estate in a tony neighborhood.

The winding main staircase is perfect for any lady who loves to make an entrance (Oscar gown optional), even if she loses a glass slipper along the way.

The 11-bedroom, 17-bathroom home, which is currently on the market for $65 million, is truly fit for royalty, complete with cascading fountains, treetop garden views, and a 12-seat theater, where the cast of Cinderella can enjoy a private screening. 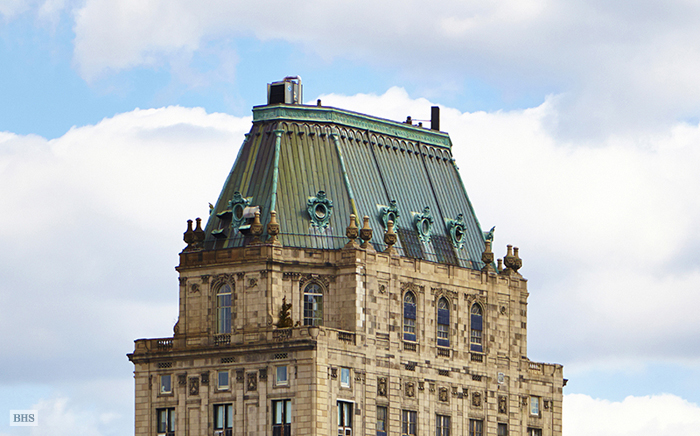 An exquisite apartment with incredible views on top of the landmark Pierre Hotel in New York City? Yes, please!

Nobody says Cinderella can’t be a city girl, and that goes for Blanchett too. So why shouldn’t she have a home at the top of The Pierre hotel?

This French chateau-style building with a mansard roof is literally a castle in the sky, looking out upon the beautiful Manhattan landscape from the 41st floor.

But we picked this urban beauty because any princess (or queen, for that matter) would waltz to her heart’s desire in the hotel’s original ballroom, with 23-foot ceilings — the use of which is at the owner’s disposal at all times.

And in the manner that a princess deserves, the owner of the penthouse has a dedicated two-person staff, with 24-hour room and concierge service. The $63 million price tag may be a pretty penny, but nothing a royal can’t handle. 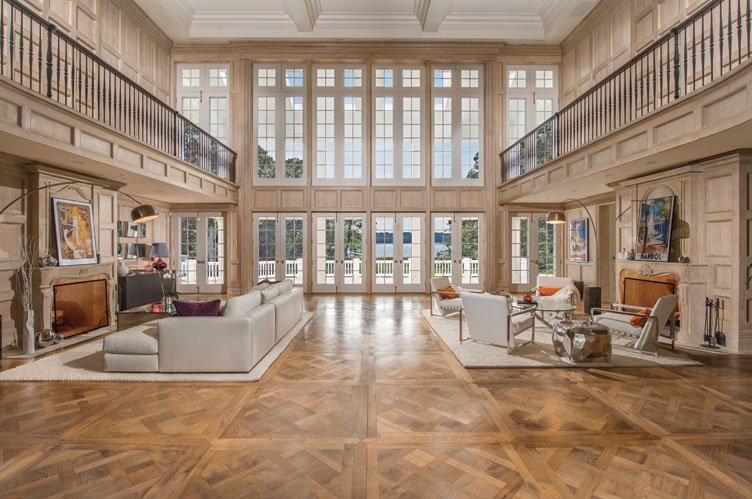 Imagine entertaining friends in this expansive East Hampton home, where it feels more like living in a hotel than a house.

Whether you’re a princess, pauper, or Hollywood darling, sometimes it just feels great to get out of town.

So in the spirit of a royal vacation, we headed to the Hamptons for this fortress — a seven-bedroom, eight-bath home that looks more like a hotel than a house.

Located on Georgia Pond, this East Hampton luxury home is also adjacent to a 17-acre Nature Conservancy preserve, which is perfect for any Cinderella who enjoys being daintily dressed by baby birds in the morning.

The home costs $28.95 million; the birds are sold separately. 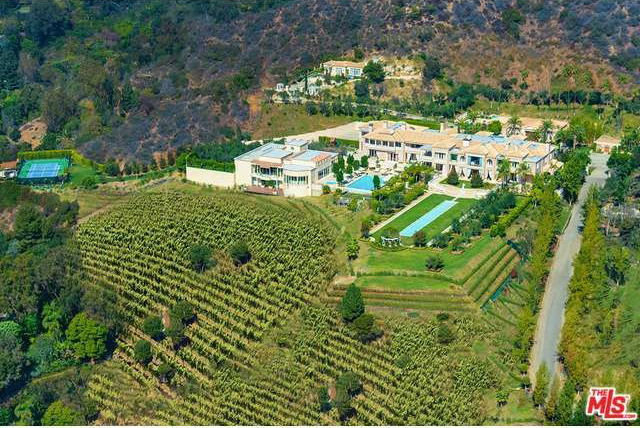 With unbelievable amenities, there’s no denying that this Beverly Hills home was meant for royalty.

When an estate has its own name, you know it’s meant for regal owners.

“Palazzo di Amore” in Beverly Hills, CA, is our final pick, and it’s hard to not see why. Upon entering the estate, guests motor up a mile-long driveway, where they’re greeted by a guardhouse.

The home, which is currently on the market for $195 million, has every luxurious amenity one could desire, including a discothèque, vineyard, and private driver’s quarters.

There’s also enough space to park 150 cars on the property, which will certainly come in handy when it’s time for next year’s post-Oscar parties.

Chances are, if you’re not Cinderella herself — or even an Oscar-winning actress — you’d be willing to fall in love with Palazzo di Amore.