The tank has been low on inventory for years, and with new construction still sputtering well below pre-recession levels, some homeowners may decide to take matters into their own hands—perhaps not build a new house, but at least remodel their current one.

A new Trulia survey of more than 1,300 U.S. homeowners aged 18 and older, conducted online by The Harris Poll, sheds some light on the state of remodeling. We found that:

Almost all homeowners want to remodel their home at some point—but most are putting it off. While 90 percent say they will ever remodel or renovate their home, only about two in five homeowners (39 percent) plan to do so within the next 12 months. 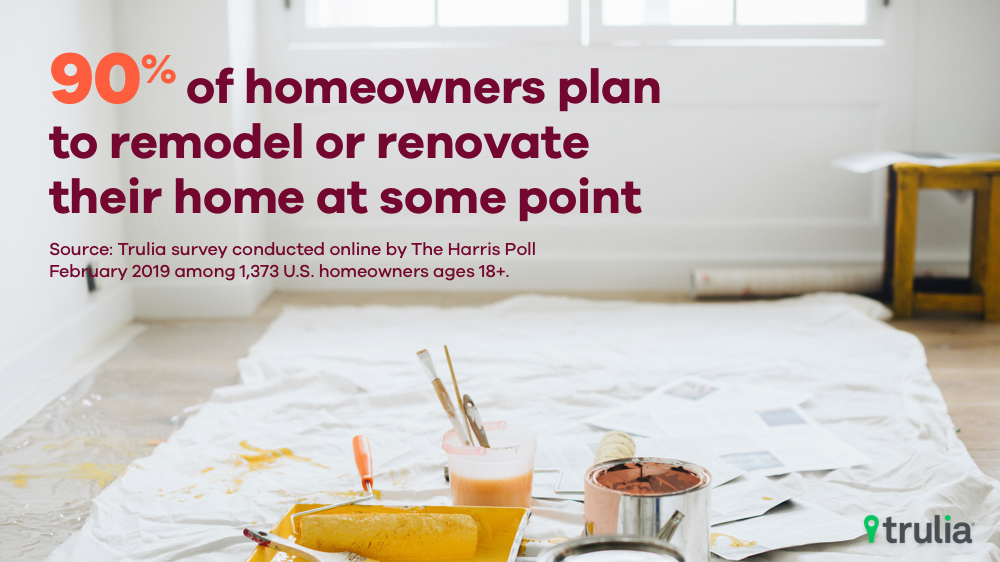 Some of these remodeling plans are by homeowners planning to sell their home. When it comes time to sell, homeowners may find their house needs a facelift. The quirks and kinks an owner may have let slide – leaky faucets, outdated appliances – can be a turn-off to potential buyers, and remodeling or renovating can make a home more competitive on the market. Indeed, we found that more often than not, homeowners will remodel in preparation for selling. More than two thirds of homeowners who plan to sell their home in the next two years (68 percent) also plan to renovate or remodel in that time.

But most of the remodeling that homeowners undertake is likely for their own enjoyment, not in preparation of a sale. When looking instead at homeowners planning to remodel in the next two years, only 17 percent say they’re also planning on selling in that time. 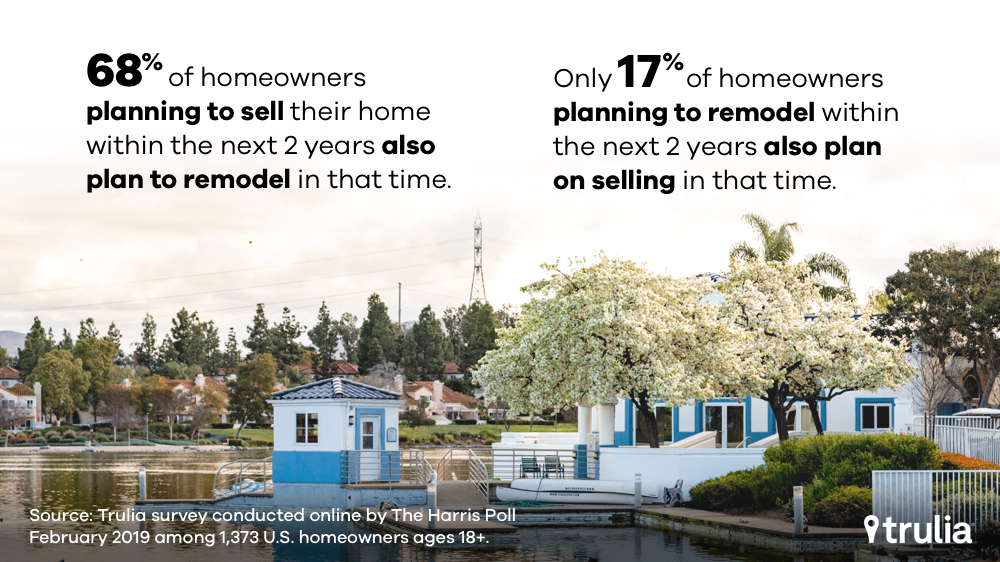 The most commonly cited rooms homeowners planning to remodel or renovate will take on are the kitchen (50 percent) and bathroom (45 percent). These rooms are perhaps the ones that most easily and quickly become dated in the house – hardware and appliances break down and need replacing, while finishings such as cabinets and countertops can fall behind the trends. But other rooms are often remodeled or renovated too – 28 percent of homeowners want to remodel the bedroom and 27 percent want to remodel the living room. 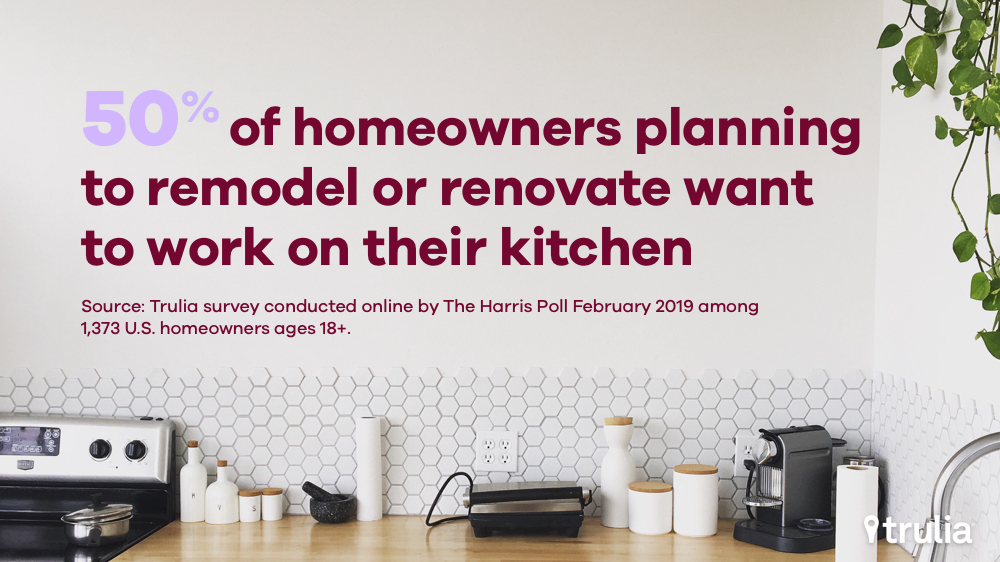 But on the whole, homeowners don’t want to spend much money remodeling. Almost half (47 percent) of those planning to remodel are only willing to spend less than $5,000, and only one in five (20 percent) say they’re willing to spend more than $10,000. Perhaps homeowners are too optimistic when tasked with setting a budget, but many renovation efforts can be minor and inexpensive – a fresh coat of paint can go a long way in sprucing up a home. 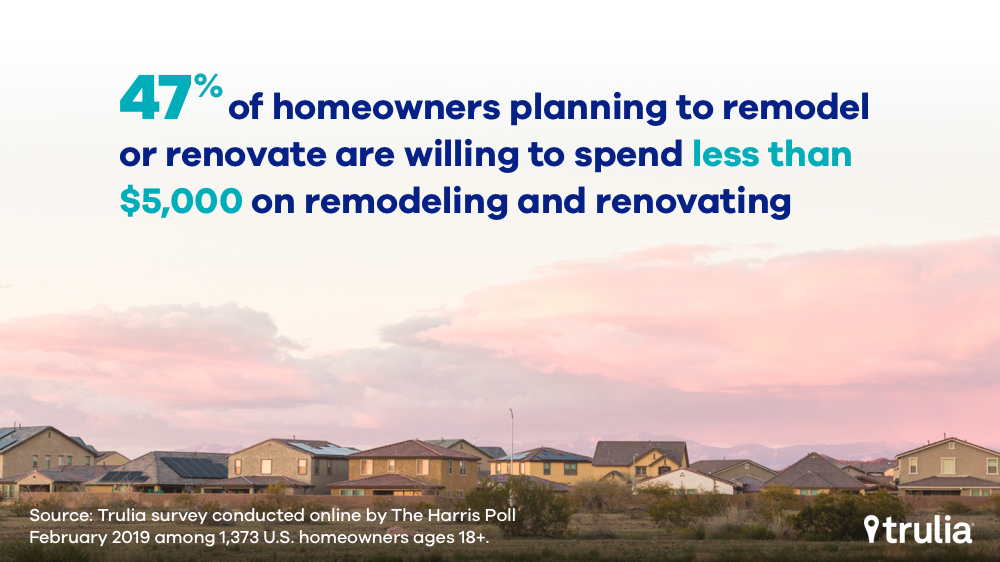