Housing starts in October were at a seasonally adjusted rate of 1,323,000, which is a large jump of 25.5% year-over-year and 23.3% month-over-month. The increase was so large, in fact that, both changes are statistically significant-a rarity in U.S. Census data releases. That said, the historical view looks like there’s much room for housing starts to grow. When taking the long view and controlling for the number of households in the U.S., housing starts are still only 66% of the 50-year average. To put October’s numbers into context, housing starts per household are about where they were in March 1993. 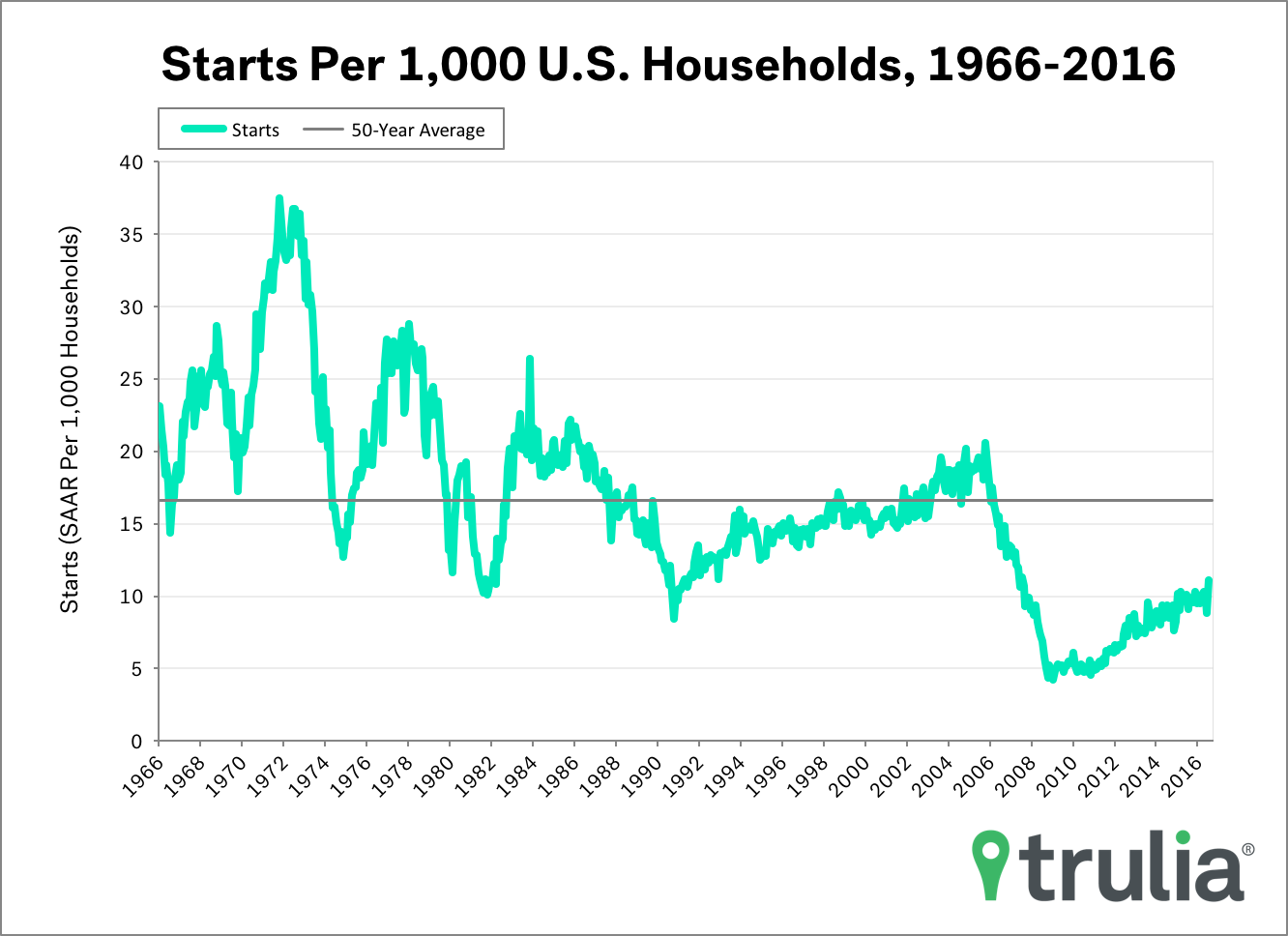 A big question heading into 2017 is how homebuilders will fare under a Trump administration, especially given the slow recovery to historical norms. While we think some of his broader economic policies might hurt builders in the long-run, such as immigration and trade policies that could restrict labor and raw materials, we also think he’ll implement builder-friendly policies that boost both demand and supply. Supply-side policies might include tax incentives for homebuilders, especially for those targeting the starter home market, while demand-side policies could include GSE and Dodd-Frank reform that might loosen credit availability. We encourage the President-Elect to focus on supply-side policies, especially given persistent inventory shortages around the country, and caution that pumping up demand without boosting supply is only likely to worsen affordability problems and household debt.