Buoyant jobs numbers and a strong economy throughout 2017 and into 2018 have fueled recent demand and warded off declines in existing home sales. The home-buying activity comes in the face of a more than 40 basis point increase in mortgage rates since the start of the year. 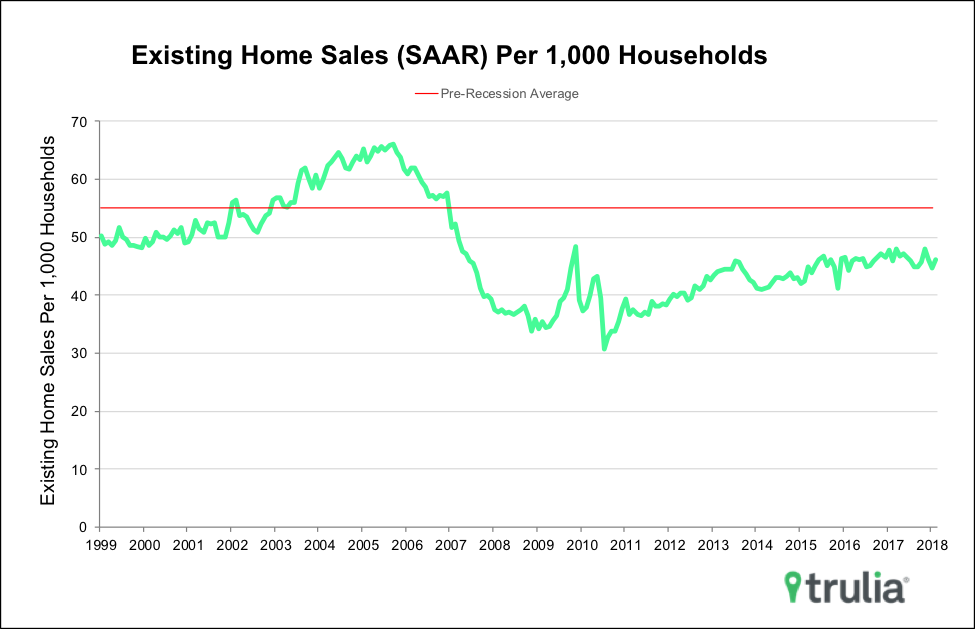