Today, Trulia added three new hazard maps – for wildfires, hurricanes, and tornadoes – to the two hazard maps we introduced earlier this summer, featuring earthquakes and floods. As part of your home search, you can now check Trulia to find whether the neighborhood of your dreams puts you in the eye, at the epicenter, or in the path of a natural disaster. You’ll see that California is high risk for wildfires, Florida for hurricanes, Oklahoma for tornadoes, and more. 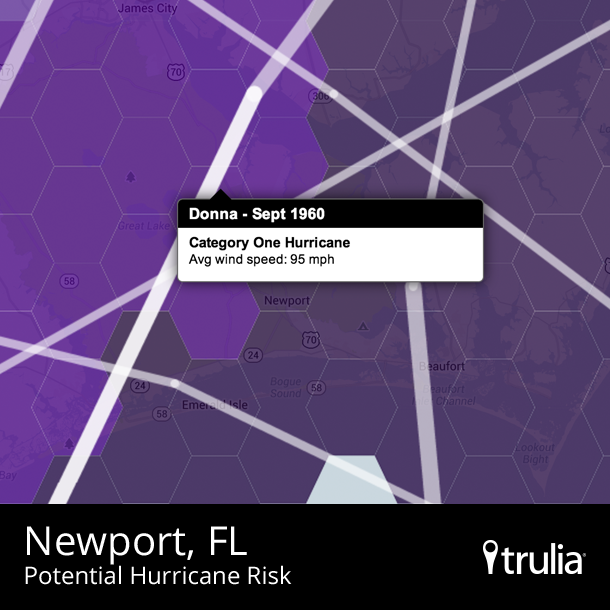 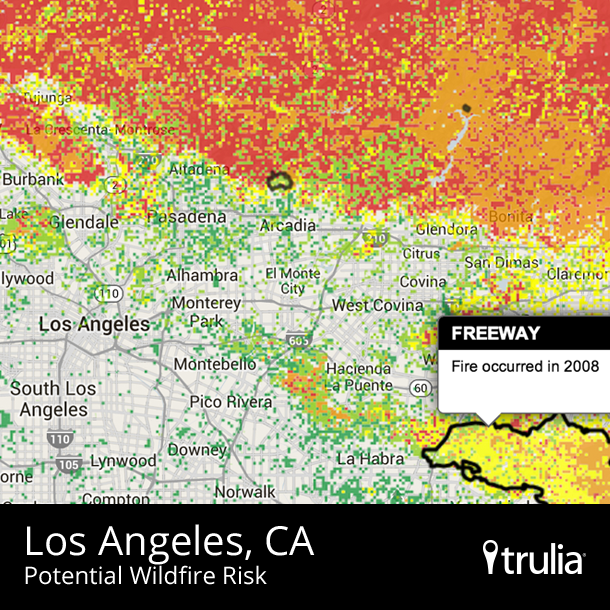 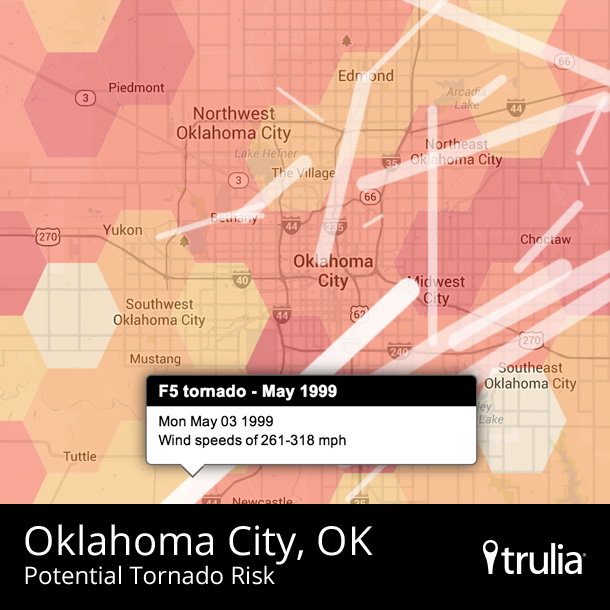 But where should you live to avoid nature’s wrath? No place is risk-free, of course. But using our new maps, we found 10 large metros that are relatively lower risk for all five types of major natural disaster

Where to Hide from Mother Nature’s Fury

To find the metros that best dodge natural disasters, we used the data that powers our hazard maps and calculated the average risk within each metro area for each of the five types of natural disasters. Most metros were high risk for at least one of the five natural disasters, even though no metro area is high risk for everything. Earthquakes and wildfires tend to go hand-in-hand, with California and other parts of the West highly susceptible for both. Hurricanes and flooding also tend to strike the same places, particularly in Florida and along the Gulf Coast, while tornadoes affect much of the south-central U.S. What parts of the country are left? Not the cities in the coastal Northeast, which – as we all know after Hurricane Sandy – face hurricane and flood risk. Instead, the metros at medium-to-low risk for all five disasters span Ohio (Cleveland, Akron, and Dayton), upstate New York (Syracuse and Buffalo), and other parts of the Northeast and Midwest, away from the coasts.

Notice that we’re not calling these “safe” or “low-risk” metros. It’s all relative, and every metro has some risk. Even the 10 lower-risk metros, above, all have some natural disasters in their distant or recent past. This ranking, and our hazard maps, are based on the best data available: recent government assessments of flood, earthquake, and wildfire risk, and years of historical data on hurricanes and tornadoes (all from the federal government, plus some earthquake data from the California Geological Survey). But disasters can be unpredictable. Even Buffalonians need to be prepared for the worst.

Surprise: You’d Pay More to Live Where Disaster Might Strike

Take another look at the list of our 10 lower-risk metros. They tend to be more affordable. The most expensive is the Bethesda–Rockville–Frederick, MD metro area, next to Washington D.C., with a median asking price per square foot of $174 – far below the cost of housing in San Francisco ($535 per square foot), Honolulu ($404), Orange County ($307), New York ($287), and other pricey metros. In fact, six of the 10 lower-risk metros will cost you less than $100 per square foot, putting them solidly in the affordable half of the country.

Do people pay more to live near natural hazards because they like to live on the edge? Of course not. Disaster-prone areas happen to be expensive for other reasons, not because people want to pay more to live there. The most expensive metros in the country are in California and Hawaii – both of which are at a higher risk for earthquakes. even though the weather is a natural blessing that helps keep housing demand (and prices) high. Also, coastal cities tend, on average, to be more expensive than the interior of the country — not because they flood more often but because coastal locations have historically been centers of economic growth and have tighter housing supply. Of the five natural disasters we looked at, only tornadoes tend to regularly hit cheaper metros more often than pricier ones.

Still, Syracusans and Daytonians might wonder why anyone would pay three, four, or five times as much as they do in order to live in an earthquake or hurricane zone.

Natural Disasters Aren’t the Only Hardships

The 10 lower-risk metros for natural disasters have other crosses to bear. What upstate New York and northern Ohio lack in tornadoes and wildfires, they make up for in snow. While winter weather may be more predictable than earthquakes or hurricanes, harsh winters bring their own risks: blizzards, frostbite, and falling on the ice. Syracuse, Buffalo, Cleveland, Akron, and Denver are all among the snowiest large metros in the country.

Furthermore, many of the metros with lower risk for natural disasters have more than their fair share of human-made challenges. Of these 10 metros, only Denver, Bethesda-Rockville-Frederick, and Allentown have had strong economic growth over the past twenty years. The rest have had moderate growth at best: job growth has been nearly stagnant in Cleveland, Buffalo, and Syracuse, while Dayton has fewer jobs today than twenty years ago (a distinction shared only with Detroit and New Orleans, among the 100 largest metros).

When choosing a place to live, there are always tradeoffs. Wildfires or ice storms? Earthquakes or slow home price appreciation? Hurricanes or a sluggish job market? To figure out what’s best for you, start with our natural hazard maps and the other layered heat maps on Trulia, and we’ll help you the rest of the way.