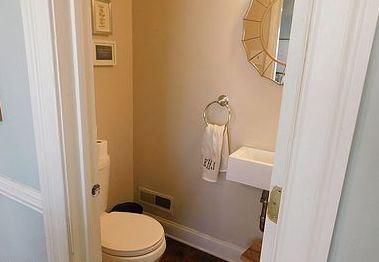 Homes for Sale Near 102 Druid Ct

This property is not currently for sale or for rent on Trulia. The description and property data below may have been provided by a third party, the homeowner or public records.
Available to tour: August 8th. Charming traditional style home, located on cul-de-sac in Druid Hills. Home features 3 bedrooms, 2.5 bedrooms, formal living and dining with hardwood floors, updated kitchen, backyard deck with wooded view. Schedule an appointment today to come view this well-maintained home.

For homes in 23185
*Based on the
Trulia Estimate

These are the assigned schools for 102 Druid Ct.
GreatSchools ratings are based on test scores and additional metrics when available.
Check with the applicable school district prior to making a decision based on these schools. Learn more.

What Locals Say about Williamsburg

Homes for Rent Near 102 Druid Ct