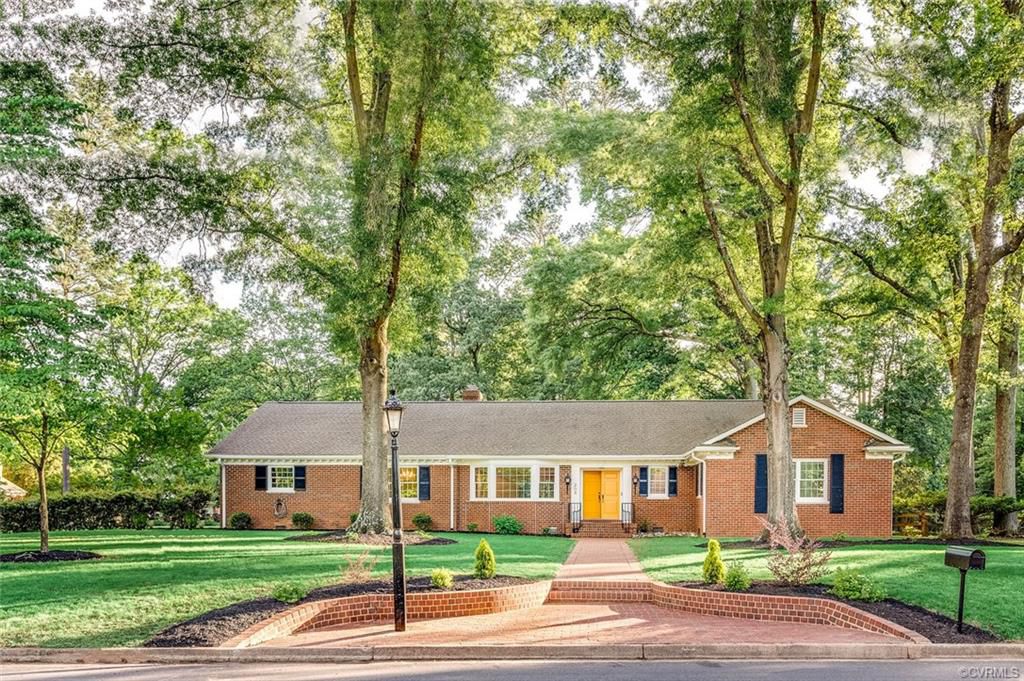 This property is no longer available to rent or to buy. This description is from June 10, 2021
FIRST FLOOR PRIMARY BEDROOM! ALL BRICK, HUGE PATIO! POOL! HUGE GARAGE! Corner lot! Park like feel! The foyer boasts elegant marble floors. Turning left out of the foyer you enter the living room and dining room which connect to form a large open space perfect for large gatherings. Off the living room you walk out onto a large bricked patio that overlooks the pool. Just off the living room through a pocket door is the large family room complete with wet bar. There is also a large four season room that also looks out onto the pool and brick patio. The large kitchen has all the room and cabinets you need. There is also a large eat in area. The laundry room, mud room, side entry and guest bath are all just off the garage entry door. The oversized garage has ample storage. The garage has a heated room that could be an office for a home business or large storage room. There are also two additional closets in the garage. The primary bedroom has hardwood flooring complete with a sitting room and walk in cedar lined closet. The master bath is large with a walk in shower and soaking tub. The other two bedrooms have lots of light, hardwood floors, and cedar lined closets as well.

For homes in 23227
*Based on the
Trulia Estimate

These are the assigned schools for 205 Chickahominy Bluffs Rd.
GreatSchools ratings are based on test scores and additional metrics when available.
Check with the applicable school district prior to making a decision based on these schools. Learn more.

What Locals Say about Richmond