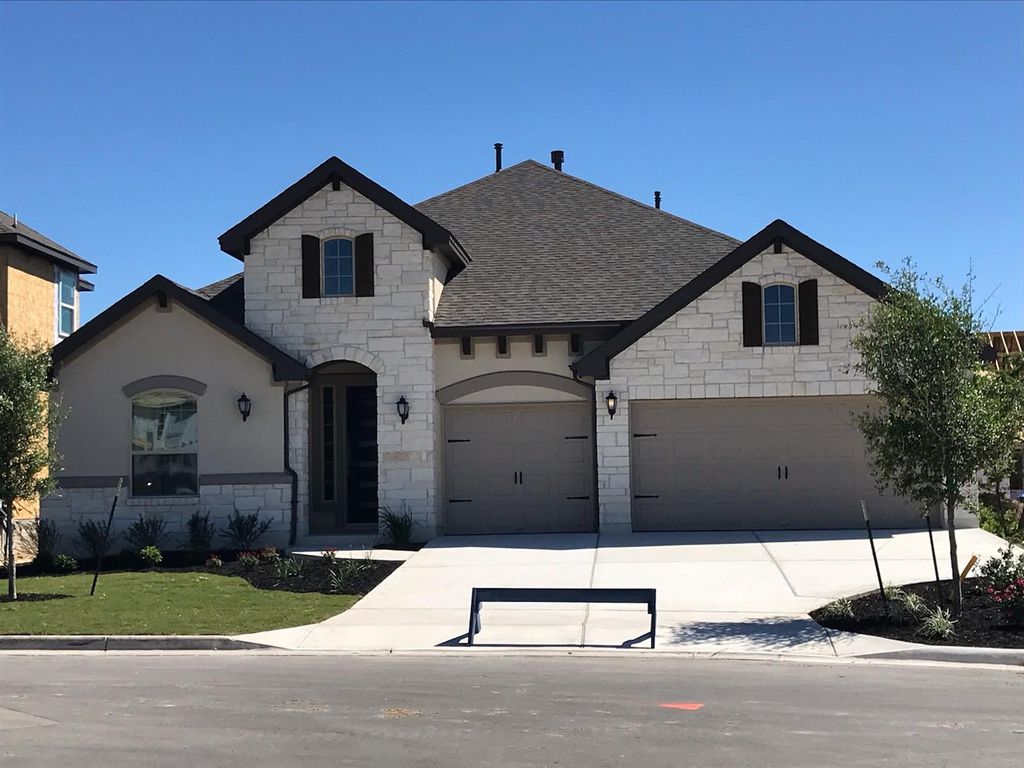 This property is not currently for sale or for rent on Trulia. The description and property data below may have been provided by a third party, the homeowner or public records.
Newly available a gorgeous luxury home located on exclusive real estate property in the Travisso community. This beautiful, single-story home is located on a quiet cul-de-sac with gorgeous hill country views of the sunset over the hills. This exclusive home is a 4 BR 3 BA home with 2730 sq ft and features 10 ft ceilings and 8 ft doors throughout. The highlights of this beautiful home are an open floor plan, hardwood floors, a contemporary kitchen with white Shaker cabinets and brushed nickel finishes. This kitchen features a massive Carrara marble island with tons of storage and seating, beautiful blue pearl granite counter tops, all stainless steel appliances, and eat in area. Adjacent to the main area is a spacious game room/study #2 with extra windows added for lots of natural light, a bright separate formal office/study with large windows, and a large covered patio. The master bedroom, tucked off from the main area, features a beautiful bathroom with double vanities, a corner tub and a sleek, modern glass shower with bench, and a generous walk-in master closet. Guest room is conveniently located away from the main area, and features beautiful views of the hill country and a stylish guest bathroom with river stone lined shower.

For homes in 78641
*Based on the
Trulia Estimate

These are the assigned schools for 1113 Positano Pass.
GreatSchools ratings are based on test scores and additional metrics when available.
Check with the applicable school district prior to making a decision based on these schools. Learn more.

What Locals Say about Leander

Do legal protections exist for the LGBT community at the county level in Travis County?

Homes for Rent Near 1113 Positano Pass