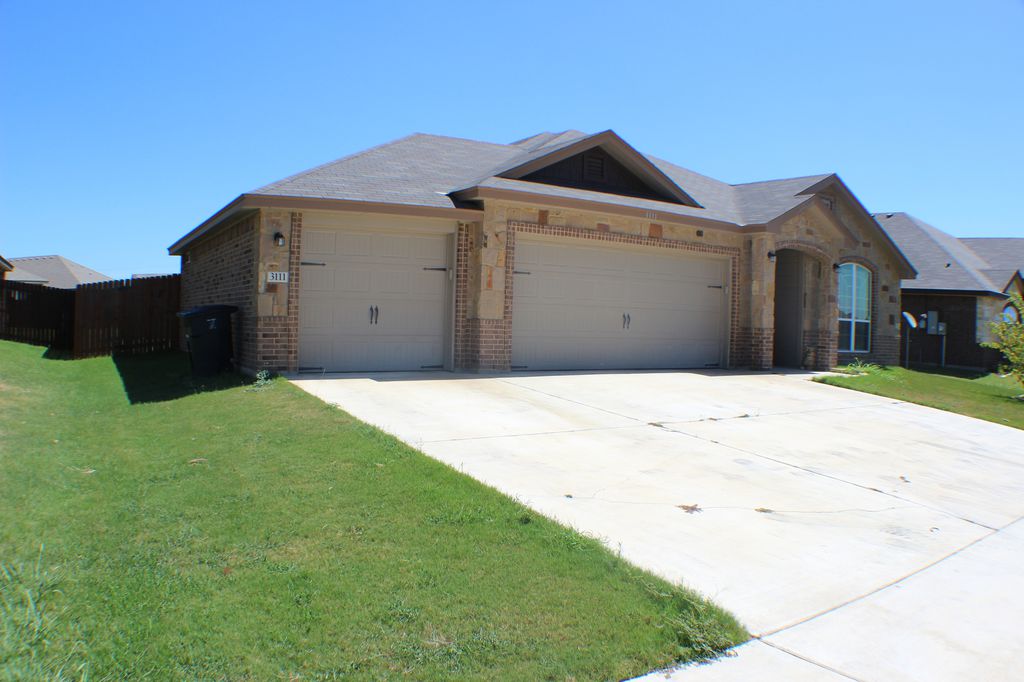 This property is not currently for sale or for rent on Trulia. The description and property data below may have been provided by a third party, the homeowner or public records.
This gorgeous 4 bedroom 3 bath, 3 car garage home with over 2264 sq. ft. The spacious kitchen has a walk-in pantry, smooth top stove, built in microwave and plenty of cabinet and counter top space. Enjoy a large living room with fireplace, bull nosed corners, two-tone paint, and much more! Available FOR MOVE IN ON July 1st. The showings on this property will not begin until June 6th. 24hr will be needed for all showing.

For homes in 76549
*Based on the
Trulia Estimate

These are the assigned schools for 3111 Alamocitos Creek Dr.
GreatSchools ratings are based on test scores and additional metrics when available.
Check with the applicable school district prior to making a decision based on these schools. Learn more.

What Locals Say about Killeen