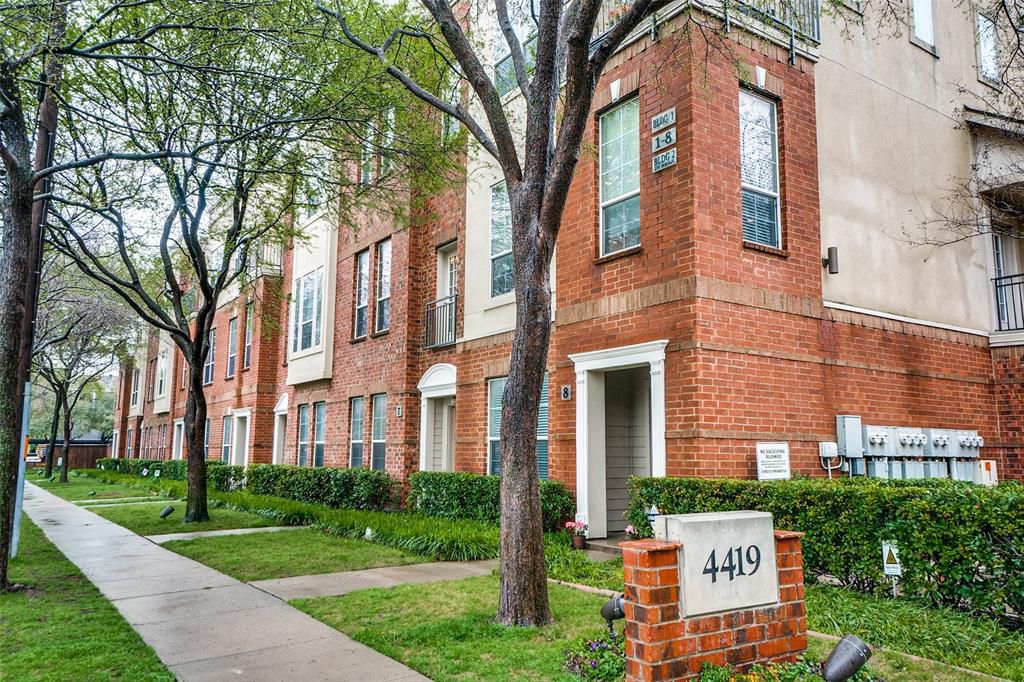 This property is not currently for sale or for rent on Trulia. The description and property data below may have been provided by a third party, the homeowner or public records.
Incredible Katy Trail Gem is a life style statement just steps from all that is Knox street with a private entrance right to the Katy Trail. Talk about ease of living.. this fresh, crisp, well appointed 3 story brownstone includes gorgeous & open living area flooded with natural light; peaceful master suite w lush, spa style bath & a large, covered balcony just off of the master suite. Once you move in you will never want to leave. 2020-05-17

For homes in 75205
*Based on the
Trulia Estimate

These are the assigned schools for 4419 Buena Vista St.
GreatSchools ratings are based on test scores and additional metrics when available.
Check with the applicable school district prior to making a decision based on these schools. Learn more.

What Locals Say about Oak Lawn

At least 512 Trulia users voted on each feature.
Learn more about our methodology.

Do legal protections exist for the LGBT community in Dallas?