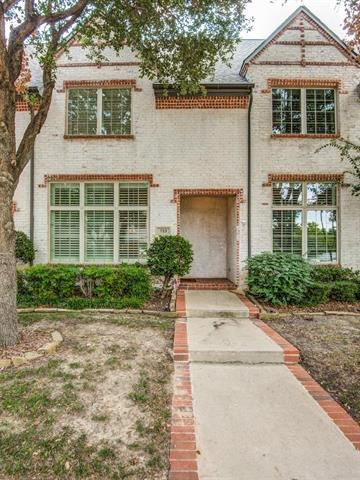 This property is not currently for sale or for rent on Trulia. The description and property data below may have been provided by a third party, the homeowner or public records.
Beautiful and well maintained town home in convenient location. 15 mins to DFW, Frisco, Addison, Plano, Irving, and close to all major freeways. High end finish out such as: Hand scraped hardwood floors, Subzero fridge, Wolfe gas range, Bosch dishwasher, granite & travertine counter tops, cast stone fireplace, wood shutters, wood doors, 2nd master suite up plus 3rd bdrm or family room with mini kitchen nook, study and additional storage area. Will not disappoint!! OWNER PAYS THE HOA!

For homes in 75019
*Based on the
Trulia Estimate

These are the assigned schools for 723 Warwick Ln.
GreatSchools ratings are based on test scores and additional metrics when available.
Check with the applicable school district prior to making a decision based on these schools. Learn more.

What Locals Say about Coppell

Do legal protections exist for the LGBT community at the county level in Denton County?

Homes for Rent Near 723 Warwick Ln