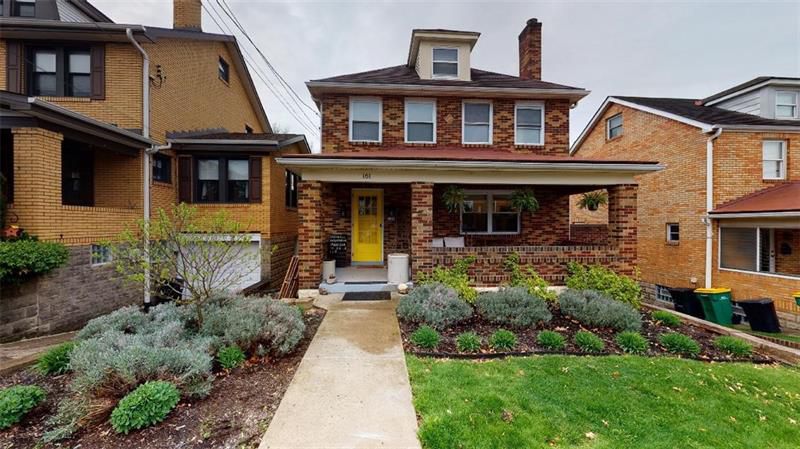 This property is no longer available to rent or to buy. This description is from June 09, 2021
WOW!WOW! This main floor open concept home is Stunning! Hardwood flooring thru out! Living Room features a Decorative Fireplace that does have the possibilities of a Gas Fireplace! Absolutely Beautiful updated Kitchen Equipped with all Newer Appliances perfect for Entertaining! Industrial Style Large Dining Room with Plenty of Natural Light! Amazing Views from the Large Master Bedroom with 2 Large Additional Bedrooms on the 2nd Floor! Updated Main Bath! 3rd Floor host an additional Oversized Bedroom, Playroom, Office/Den, Man or She Cave! So Much Potential! Enjoy the Oversized Stunning Deck with Amazing Views! Plenty of Space for that yearly BBQ or just a quiet drink! Patio under the deck is Fenced In for that special Pet and overlooks the woods! Unfinished Dry Basement features block windows, 1/2 Bath and 2 Additional Rooms to use as you desire! Close to Shopping, Restaurants, Entertainment, Major Highways, Pittsburgh and Cranberry! Needs a few special Touches to make your own!

For homes in 15229
*Based on the
Trulia Estimate

These are the assigned schools for 161 Grove Ave.
GreatSchools ratings are based on test scores and additional metrics when available.
Check with the applicable school district prior to making a decision based on these schools. Learn more.

What Locals Say about Pittsburgh

Do legal protections exist for the LGBT community at the county level in Allegheny County?

IDX information is provided exclusively for personal, non-commercial use, and may not be used for any purpose other than to identify prospective properties consumers may be interested in purchasing. Information is deemed reliable but not guaranteed.
161 Grove Ave, Pittsburgh, PA 15229 is a 3 bedroom, 2 bathroom single-family home built in 1941. This property is not currently available for sale. 161 Grove Ave was last sold on Jun 9, 2021 for $225,000 (0% higher than the asking price of $225,000). The current Trulia Estimate for 161 Grove Ave is $230,600.