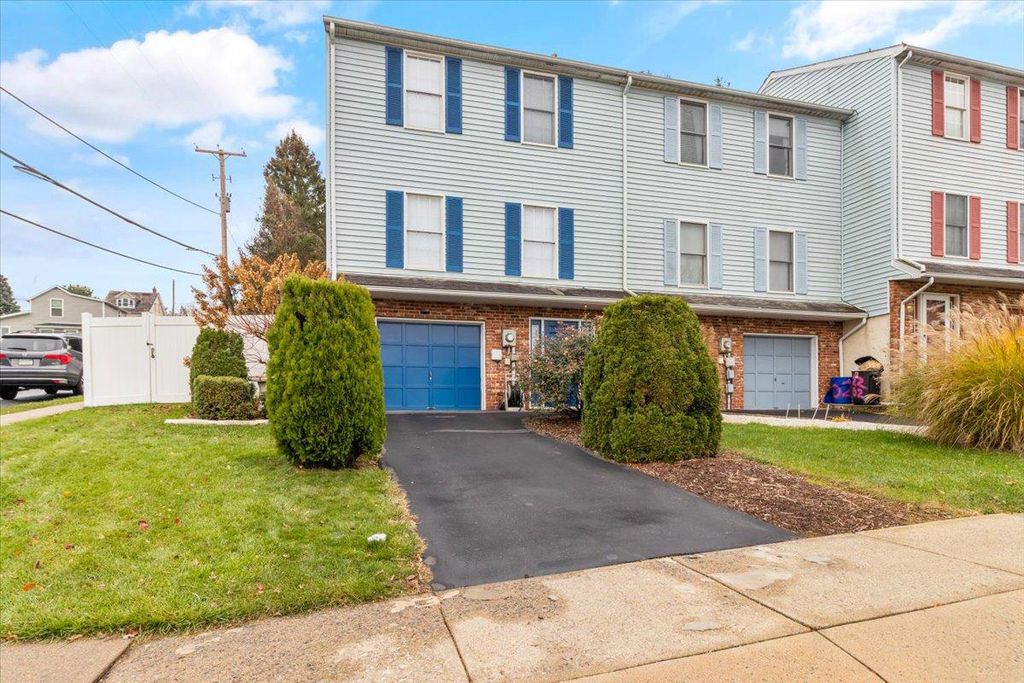 This property is not currently for sale or for rent on Trulia. The description and property data below may have been provided by a third party, the homeowner or public records.
Completely renovated 3 bedroom 1.5 bathroom corner lot townhouse for rent in lovely Wilson Borough. Large eat-in kitchen with new appliances and granite countertops coupled with a beautiful tile backsplash and nickel finishes. Entire home has been freshly painted. Updated bathrooms. All new lighting throughout. Staircases have been newly carpeted. Vinyl hardwood flooring installed for low maintenance care as well as aesthetic appeal. Outdoor area complete with trex decking and 6ft privacy fence surrounding backyard.

Located near elementary schools and an expansive park just one block away. Home has off street parking and electric heat. 2000 per month plus first month security deposit. Homeowners pay sewer, water and garbage .

For homes in 18042
*Based on the
Trulia Estimate

These are the assigned schools for 2200 4th St.
GreatSchools ratings are based on test scores and additional metrics when available.
Check with the applicable school district prior to making a decision based on these schools. Learn more.

What Locals Say about Easton

Do legal protections exist for the LGBT community in Easton?