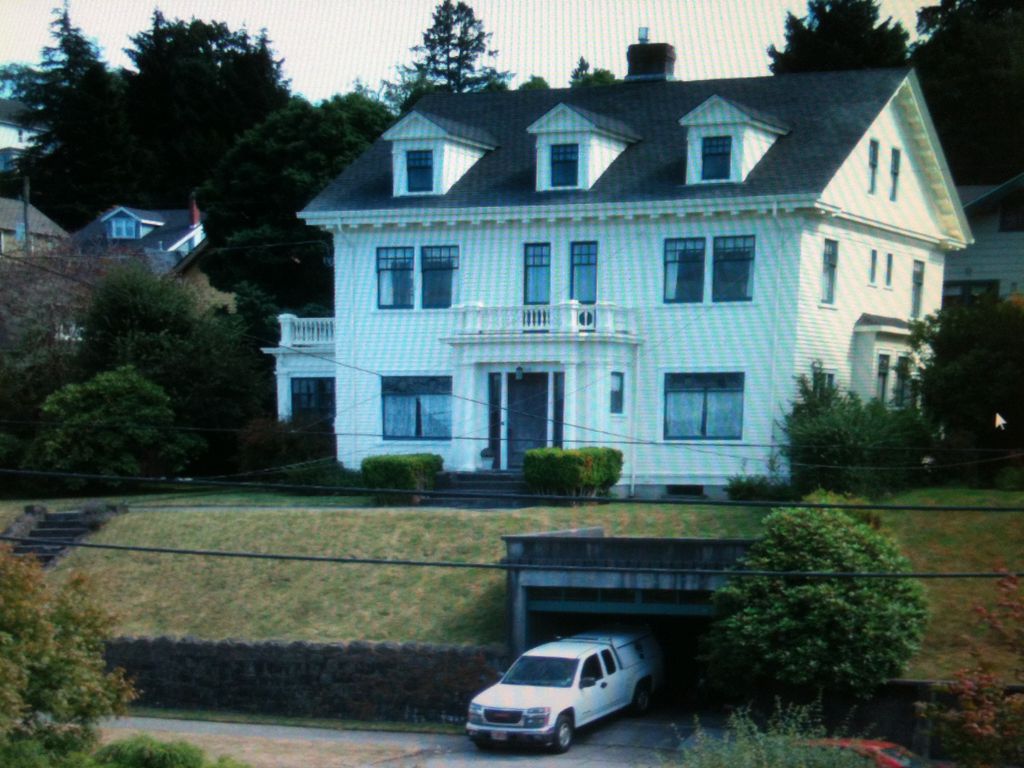 This property is not currently for sale or for rent on Trulia. The description and property data below may have been provided by a third party, the homeowner or public records.
Stately colonial revival home of elegance and history with river views from all three levels. Main floor features hardwoods with inlaid mahogany detail, original leaded and beveled glass windows, glass pocket doors, built-ins, fireplace, chandeliers and more in the gracious sized living room, formal dining room, sunroom, and kitchen. Tall ceilings throughout with rounded features on the main. Mud room and deck off the kitchen in the back. The upper two floors have fir floors, bedrooms and bathrooms galore. Three of the four bedrooms on the second floor have access to the outdoor second floor decks. One bedroom has its own full bath and the other three share another full bath on the second floor. There's a third full bath on the third floor with one or two bedrooms there as well. Half bath on the main floor as well as one in the basement, which has seven foot ceilings. Two car garage connects to the basement through a tunnel. Radiant heat. Great neighbors. I've let the lawn grow long by choice but if you'd prefer I'll have it maintained in a mainstream fashion - just wanted to give you the choice. It's a hundred year old house in a historic neighborhood and will need to be respected as such. I have an excellent local contractor who continues to maintain the house, should small projects come up from time to time (railings to be installed on the balconies, back deck to be repaired, etc.) but the house has been taken care of meticulously by its owners over the years. It breathes well and the coastal air and moderate temperatures are refreshing year round. Astoria meanwhile is the most charming and neighborly town on the Oregon Coast.

I currently have a couch there in front of the fireplace, six Keetsa beds and some frames, a nine foot circular couch and some odd tables and chairs. You can rent with or without these furnishings. I'll consider lengths of lease from two months to five years. I will also consider paying for EV charging to be installed in the garage if you've need of this. Contact me with questions and let's talk!

For homes in 97103
*Based on the
Trulia Estimate

These are the assigned schools for 1343 Jerome Ave.
GreatSchools ratings are based on test scores and additional metrics when available.
Check with the applicable school district prior to making a decision based on these schools. Learn more.

What Locals Say about Astoria

Homes for Rent Near 1343 Jerome Ave

Off Market Homes Near 1343 Jerome Ave