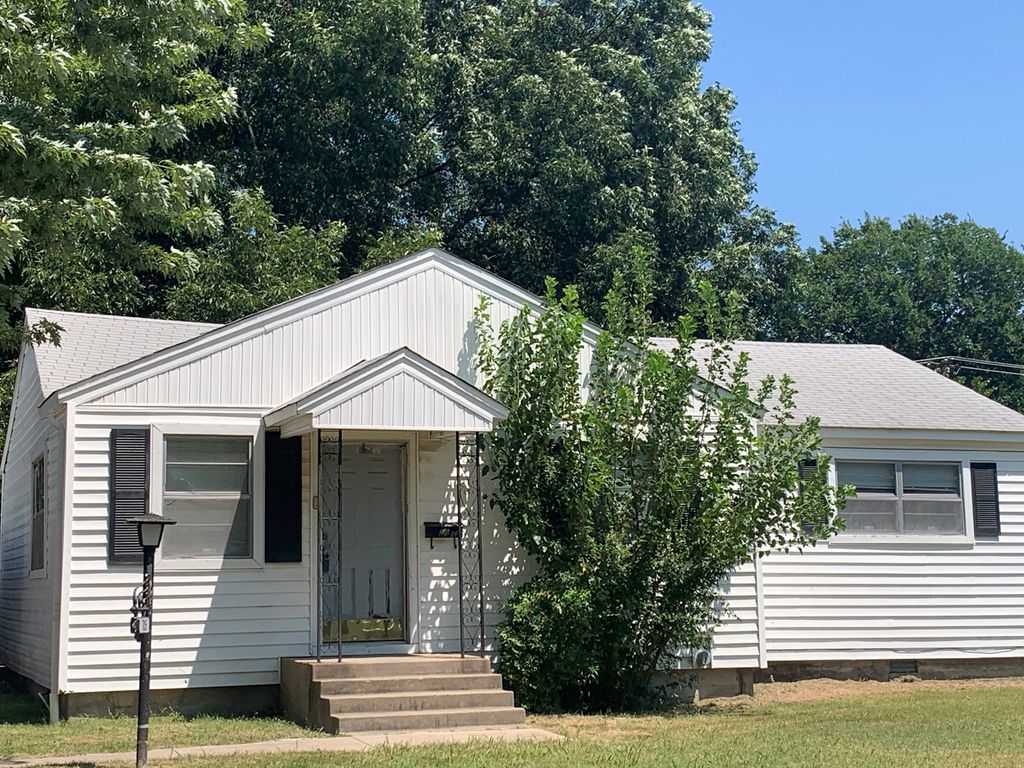 Homes for Sale Near 725 Cherry St

This property is not currently for sale or for rent on Trulia. The description and property data below may have been provided by a third party, the homeowner or public records.
3/2 Home with 2 living rooms; 1/1 Guest House with full kitchen lots of storage * Needs TLC * Ceiling fans throughout and all appliances are old, but working according to seller's disclosure. * Separate utility metered * Motivated Seller, Bring your offers - sales price is subject to short sale approval by local bank * Ordering Abstract now.  All electric.  Address of apartment is 705 1/2 (but 1/2 address is not 911 ready) Good bones.  Seller will not be removing furniture etc.

For homes in 73401
*Based on the
Trulia Estimate

These are the assigned schools for 725 Cherry St.
GreatSchools ratings are based on test scores and additional metrics when available.
Check with the applicable school district prior to making a decision based on these schools. Learn more.

What Locals Say about Ardmore

Homes for Rent Near 725 Cherry St

Off Market Homes Near 725 Cherry St