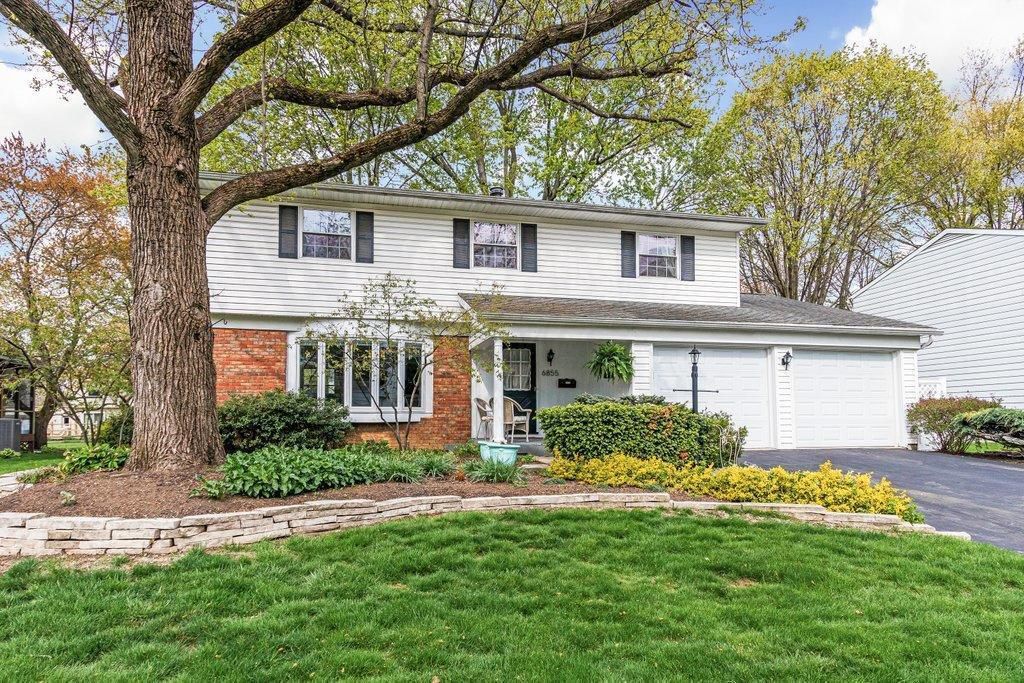 This property is no longer available to rent or to buy. This description is from June 09, 2021
Rare, updated two story in popular Worthington Estates. Professional landscaping adds to the appealing exterior of the home. First floor has hw floors and crown molding throughout. Standout remodeled kitchen includes custom cabinets, refrigerator and dishwasher panels, granite countertops, appliance garage, updated appliances and pendant lighting. Updated fireplace with remote control gas logs completes a warm and cozy family room. Three season room overlooks a serene and peaceful backyard. Four bedrooms up, all with HW floors under the carpet. Stunning hall bath is a real show stopper. So many updates! This home will not last.

For homes in 43085
*Based on the
Trulia Estimate

These are the assigned schools for 6855 Bowerman St E.
GreatSchools ratings are based on test scores and additional metrics when available.
Check with the applicable school district prior to making a decision based on these schools. Learn more.

What Locals Say about Worthington

Do legal protections exist for the LGBT community in Worthington?

IDX information is provided exclusively for personal, non-commercial use, and may not be used for any purpose other than to identify prospective properties consumers may be interested in purchasing. Information is deemed reliable but not guaranteed.
6855 Bowerman St E, Worthington, OH 43085 is a 4 bedroom, 3 bathroom single-family home built in 1965. This property is not currently available for sale. 6855 Bowerman St E was last sold on Jun 9, 2021 for $515,000 (18% higher than the asking price of $434,900). The current Trulia Estimate for 6855 Bowerman St E is $452,198.