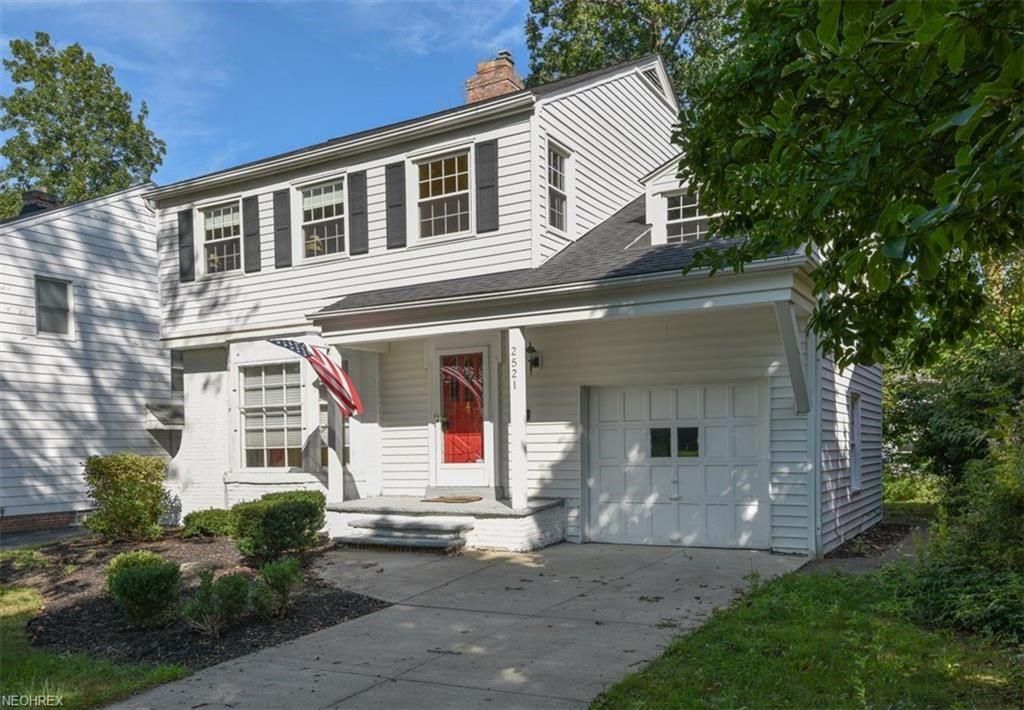 Homes for Sale Near 2521 Milton Rd

This property is not currently for sale or for rent on Trulia. The description and property data below may have been provided by a third party, the homeowner or public records.
Welcome home to this charming 4 bedroom colonial on a sweet little tree lined street in a desirable pocket of University Heights! Those pesky non-sexy updates have been done for the next homeowner including windows, roof and concrete drive in 2015, a remodeled kitchen with a new range in 2017 and a patio/porch renovation that was converted to a true 4 season sun room off the dining room, adding coveted square footage to the main floor living area! 1/2 bath on the first floor. The bay window allows tons of light into the living room and the abundance of storage in the cherry kitchen cabinets will be sure to make the chef of the house happy! 4 bedrooms and one bath up with all hardwoods floors and good closet space. The full basement family room area has been freshly painted and is another great additional space for kids, friends and family to gather. Great price in a SUPER location! Close to shopping, hospitals and restaurants, this charming home is ready for its new happy homeowner!

For homes in 44118
*Based on the
Trulia Estimate

These are the assigned schools for 2521 Milton Rd.
GreatSchools ratings are based on test scores and additional metrics when available.
Check with the applicable school district prior to making a decision based on these schools. Learn more.

What Locals Say about University Heights

Do legal protections exist for the LGBT community in University Heights?

Homes for Rent Near 2521 Milton Rd