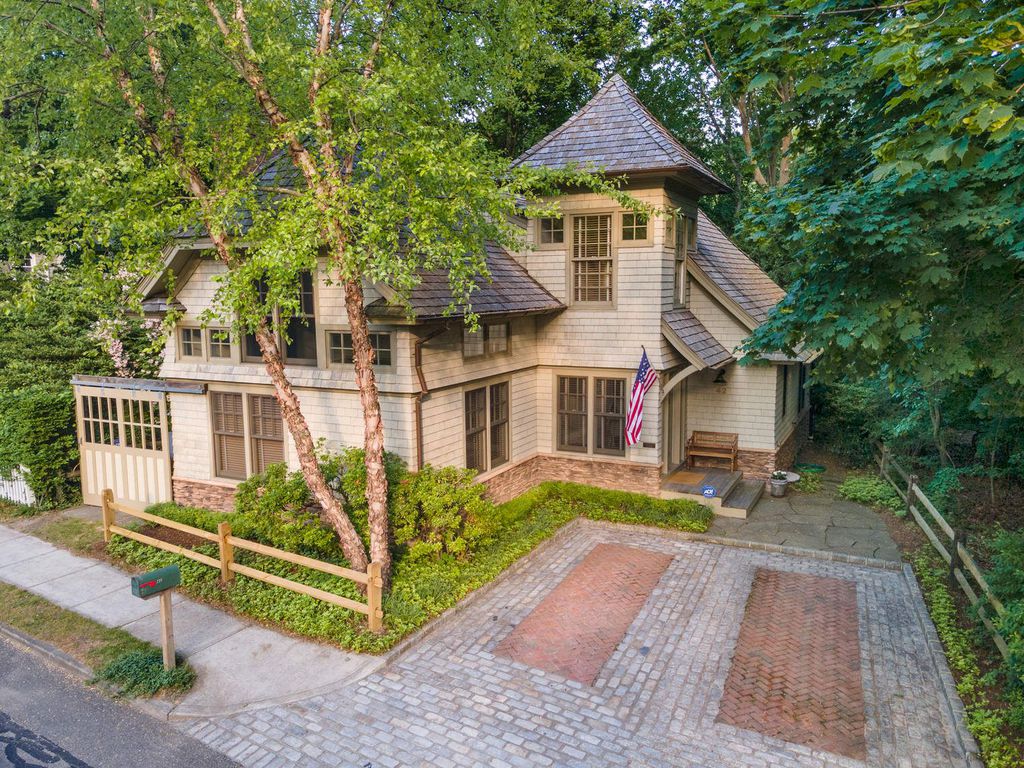 Homes for Sale Near 42 Jermain Ave

This property is not currently for sale or for rent on Trulia. The description and property data below may have been provided by a third party, the homeowner or public records.
Charming Otter Pond Cottage!! Built in 2009, this Francis Fleetwood designed charming stacked stone and shingle cottage is situated across the street from Sag Harbor's Otter Pond and Park with serene water views. The house with built-in cabinetry: pantry, closets, dressers--nautically inspired with a possibility of a pool. Proper entry hall opens to a double-height cathedral ceiling living room with clear cedar plank and beam details, and fireplace. Eat-in kitchen opens to lovely stone terrace and gardens. At the rear of the property is a reserve insuring privacy. Two bedrooms and one full bath are located on the ground floor. The entire second floor is devoted to a very luxe primary bedroom suite, complete with a separate office area, sitting or dressing room. Views of Otter Pond from the second floor make a compelling argument for staying in bed, reading or just enjoying the sights. The finished lower level has a laundry room and TV/media room with partially finished remainder as an office space and plenty of storage. With Emtek hardware throughout, polished nickel bath fixtures and solid 1.5" doors with three hinges each, the texture and feel of great substance prevails throughout this impeccably detailed house. Two off-street parking spaces in the car court complete the picture. The beauty of this home is that it is 100% move-in ready and completely charming. AND in the heart of the village never even having to get in your car-- Sag Harbor Village at your finger tips.
This property is off market or not active on Trulia

For homes in 11963
*Based on the
Trulia Estimate

These are the assigned schools for 42 Jermain Ave.
GreatSchools ratings are based on test scores and additional metrics when available.
Check with the applicable school district prior to making a decision based on these schools. Learn more.

What Locals Say about Sag Harbor

Homes for Rent Near 42 Jermain Ave

Off Market Homes Near 42 Jermain Ave