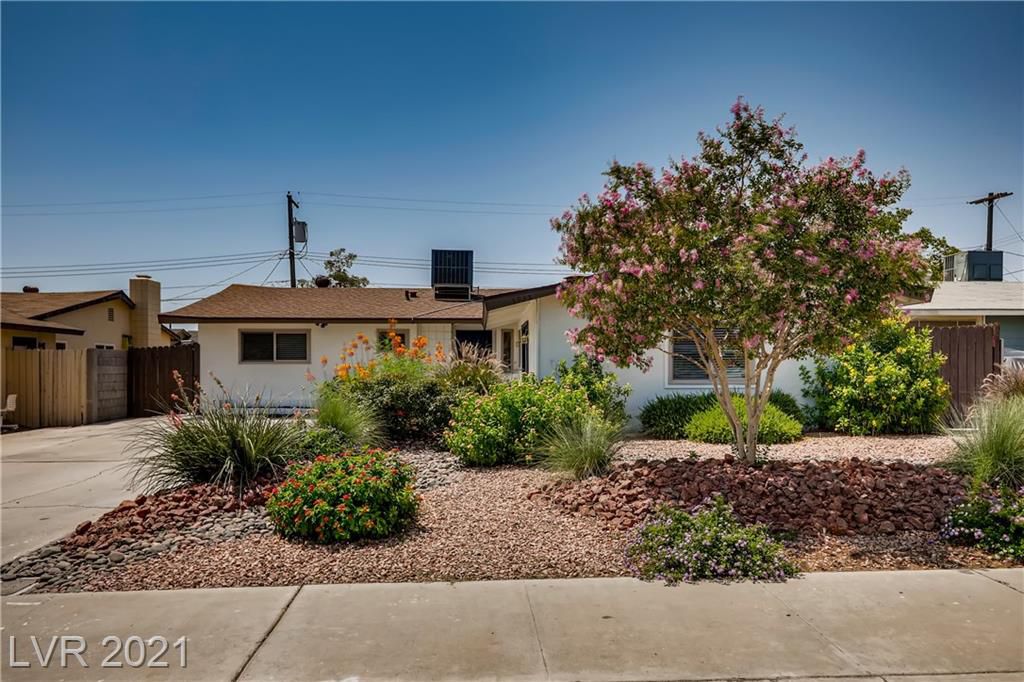 This property is no longer available to rent or to buy. This description is from October 04, 2021
Vintage Vegas With Lots of Upgrades. This 1629sqft, gem of a home has an open floor plan with 3BRs & 2BAs. Upgraded features include wood laminate & tile flooring; updated bathrooms; new interior doors thru most of the house; and s/s appliances & roll out drawers in the kitchen. There's a covered patio for the summer months and a cozy wood burning fireplace for winter nights. All of this plus conveniently located to shopping, dining, parks, schools and easy access to the freeway.

For homes in 89108
*Based on the
Trulia Estimate

These are the assigned schools for 5925 Pebble Beach Blvd.
GreatSchools ratings are based on test scores and additional metrics when available.
Check with the applicable school district prior to making a decision based on these schools. Learn more.

What Locals Say about Michael Way

At least 170 Trulia users voted on each feature.
Learn more about our methodology.