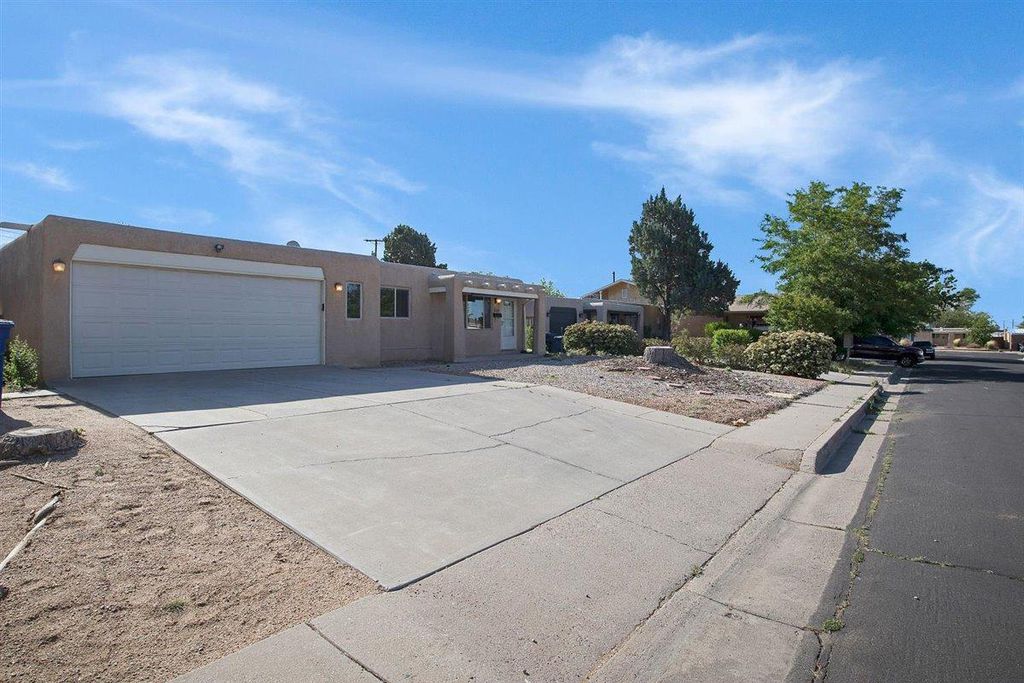 This property is not currently for sale or for rent on Trulia. The description and property data below may have been provided by a third party, the homeowner or public records.
MOVE-IN READY / ALL APPLIANCES! Recently refreshed 3 bedroom, 2 bath home with large fenced back yard and mountain views in desirable NE Heights. Open floor plan with separate dining room and huge living room for entertaining. Kitchen with updated wood cabinets, new stainless steel dishwasher, microwave, and gas range/oven! Fresh paint and beautiful wood look solid surface flooring throughout. Efficient gas furnace with evaporative cooler connected to central forced air system. Roof penetrations and parapet walls resealed October 2020. Don't delay, call for a tour today before it's gone!

For homes in 87112
*Based on the
Trulia Estimate

These are the assigned schools for 2514 Carol St NE.
GreatSchools ratings are based on test scores and additional metrics when available.
Check with the applicable school district prior to making a decision based on these schools. Learn more.

What Locals Say about Candlemen

Do legal protections exist for the LGBT community at the state level in New Mexico?