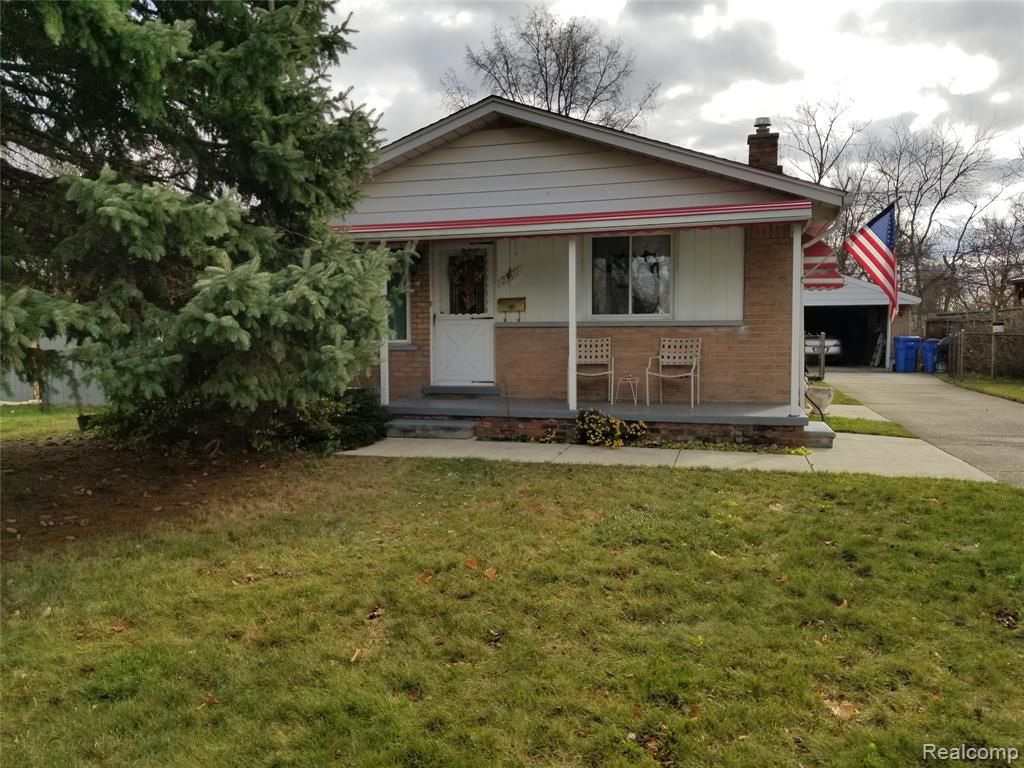 This property is no longer available to rent or to buy. This description is from February 24, 2021
REAL NICE BRICK RANCH IN DISTRICT 7. THIS HOME WAS A THREE BEDROOM, HAD THE WALL REMOVED BETWEEN TWO OF THE BEDROOMS TO MAKE A VERY LARGE MASTER BEDROOM WITH FINISHED HARDWOOD FLOORS AND A DOORWALL LEADING TO THE BACKYARD. THE ROOF ON THE HOUSE WAS JUST REPLACED THIS YEAR. THERMO WINDOWS THRU OUT HOUSE. STEEL ENTRY DOORS. YOU WILL LOVE THE LARGE FINISHED BASEMENT FOR ENTERTAINING. HOME BEING SOLD AS IS. THE CITY INSPECTION IS IN DOCS. APPLIANCES INCLUDED IS THE SALE WILL BE THE REFIGERATOR(IN KITCHEN) STOVE WASHER AND DRYER. EXCLUDE THE REFIGERATOR IN THE BASEMENT. THE BUYERS AND BUYERS AGENT TO COMPLY WITH CDC GUIDLINES. BATVALI.

For homes in 48125
*Based on the
Trulia Estimate

These are the assigned schools for 23311 Powers Ave.
GreatSchools ratings are based on test scores and additional metrics when available.
Check with the applicable school district prior to making a decision based on these schools. Learn more.

What Locals Say about Dearborn Heights

Do legal protections exist for the LGBT community in Dearborn Heights?

IDX provided courtesy of Realcomp II Ltd. via Zillow, Inc and MLS Copyright 2021 Realcomp II Ltd. Shareholders IDX information is provided exclusively for consumers' personal, noncommercial use and may not be used for any purpose other than to identify prospective properties consumers may be interested in purchasing. The accuracy of all information, regardless of source, is not guaranteed or warranted. All information should be independently verified. The data relating to real estate properties on this website was last updated as recently as 2021-12-06 10:35:15 PST Listing Information presented by local MLS brokerage: Zillow, Inc., local REALTOR®- Lauren Buttazzoni - (313) 479-2702

Off Market Homes Near 23311 Powers Ave