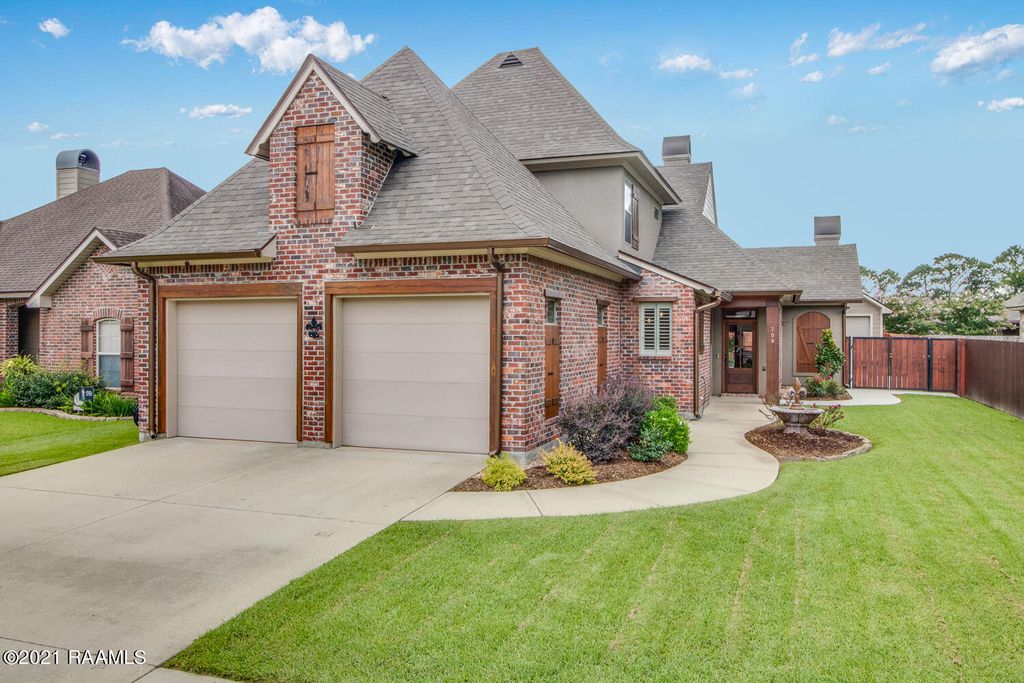 This property is no longer available to rent or to buy. This description is from December 09, 2021
Pride of ownership really shows in this quality built home in sought after Youngsville. Home features an open floorplan with cathedral ceilings, crown molding, wood burning fireplace and hardwood floors. The spacious kitchen has freshly painted cabinets, built-ins, granite countertops, eat-at island and a walk-in pantry. The oversized master suite has french doors to the covered patio and the master bath features travertine floors, granite countertops with his/her vanities, whirlpool tub, separate tiled shower and a large walk-in closet. Outside you'll find a spacious covered patio area with a wood burning fireplace, tongue and groove cathedral ceilings, lush landscaping, large fenced in yard and to top it off there's a custom built 12x22 workshop with an overhead door for all your toys...Home is located in flood zone X and does not require flood insurance. This one won't last long!

For homes in 70592
*Based on the
Trulia Estimate

These are the assigned schools for 208 Cedar Grove Dr.
GreatSchools ratings are based on test scores and additional metrics when available.
Check with the applicable school district prior to making a decision based on these schools. Learn more.

What Locals Say about Youngsville

The data relating to real estate for sale on this web site comes in part from the IDX Program of the REALTOR® Association of Acadiana’ MLS. IDX information is provided exclusively for consumers' personal, non-commercial use and may not be used for any purpose other than to identify prospective properties consumers may be interested in purchasing. Information deemed reliable, but not guaranteed accurate. Data last updated 2022-01-17 01:42:35 PST