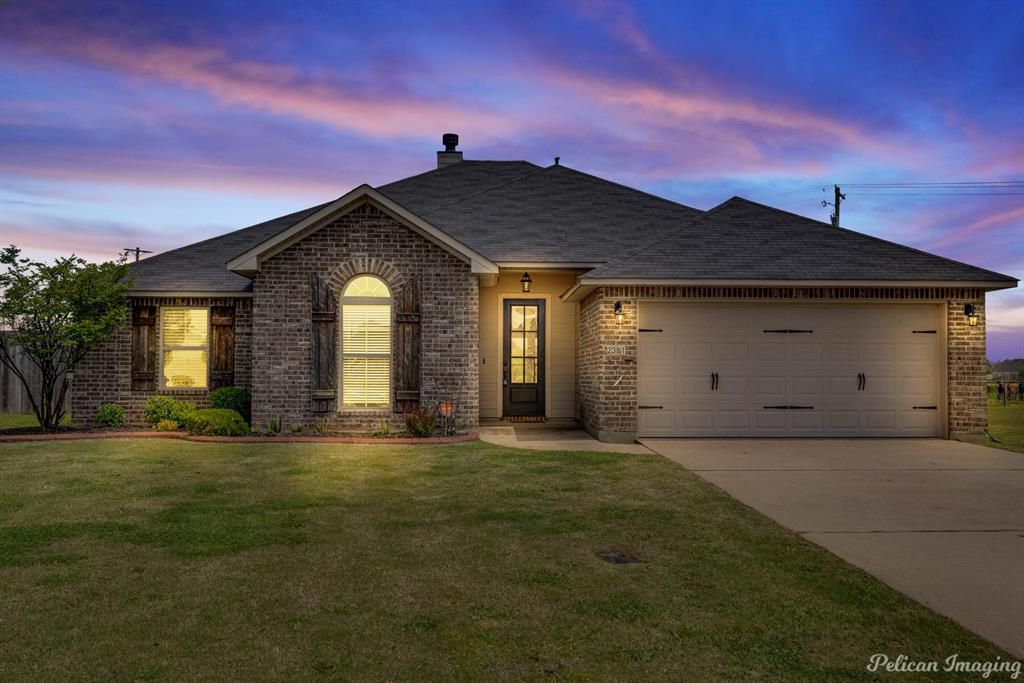 This property is not currently for sale or for rent on Trulia. The description and property data below may have been provided by a third party, the homeowner or public records.
Welcome home to legacy! This home has one of the largest lots in Belle Rose! No backyard neighbors. Walking in you will notice the gorgeous open floorplan with so many upgrades starting with the rich hardwood floors. Living room has a natural stone hearth and a wood-burning fireplace. Kitchen is a delight to cook in with stainless appliances, a gas stove, and granite tops. Fridge remains! Kitchen breakfast nook overlooks the big backyard that's fully fenced in! Owners bedroom is a true retreat with a whirlpool tub, separate vanities, stall shower, and two huge walk-in closets. Secondary bedrooms are spacious with plenty of storage. Tankless hot water heater. Fully fenced in! Close to BAFB!

For homes in 71111
*Based on the
Trulia Estimate

These are the assigned schools for 2381 Tallgrass Cir.
GreatSchools ratings are based on test scores and additional metrics when available.
Check with the applicable school district prior to making a decision based on these schools. Learn more.

Homes for Rent Near 2381 Tallgrass Cir