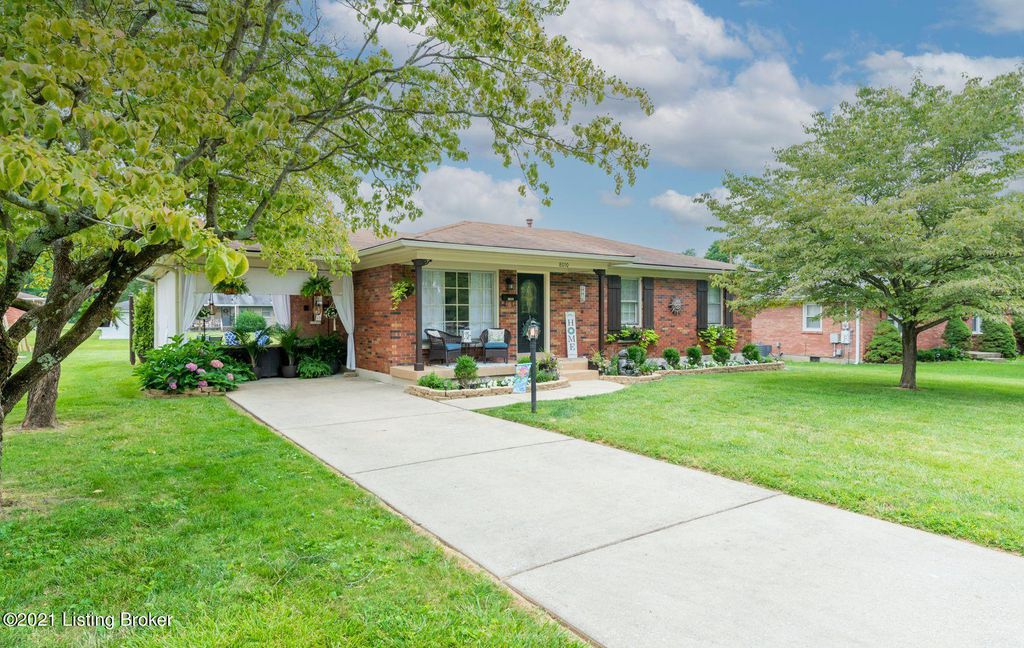 This property is no longer available to rent or to buy. This description is from September 10, 2021
Welcome to 8010 White Cedar Drive! This adorable 3 bedroom, 1.5 bath home has over 1400 sq ft of living space! It features hardwood floors throughout the home, travertine tile in the kitchen and bath and granite countertops in the kitchen. No square inch was left untouched by the current owners! Two huge gathering spaces flank both sides of the kitchen. And there is a half bath perfect for your guests to use and a large kitchen pantry. A beautiful primary bedroom with space enough to fit your king size bed. Outside you will find a small storage closet attached to the home and a much larger shed ready to hold your household collection. The carport has been turned in to the perfect place to relax and unwind with roll down shades to give privacy. Come check out this home today

For homes in 40219
*Based on the
Trulia Estimate

These are the assigned schools for 8010 White Cedar Dr.
GreatSchools ratings are based on test scores and additional metrics when available.
Check with the applicable school district prior to making a decision based on these schools. Learn more.

What Locals Say about Okolona

Do legal protections exist for the LGBT community at the county level in Jefferson County?

The data relating to real estate for sale on this web site comes in part from the Internet Data Exchange Program of Metro Search, Inc. Real estate listings held by brokerage firms other than Zillow, Inc. are marked with the Internet Data Exchange logo or the Internet Data Exchange thumbnail logo and detailed information about each listing includes the name of the listing broker. IDX information is provided exclusively for personal, non-commercial use, and may not be used for any purpose other than to identify prospective properties consumers may be interested in purchasing. Information is deemed reliable but not guaranteed. © 2021 Metro Search, Inc.
8010 White Cedar Dr, Louisville, KY 40219 is a 3 bedroom, 2 bathroom single-family home built in 1958. 8010 White Cedar Dr is located in Okolona, Louisville. This property is not currently available for sale. 8010 White Cedar Dr was last sold on Sep 8, 2021 for $216,000 (8% higher than the asking price of $200,000). The current Trulia Estimate for 8010 White Cedar Dr is $216,900.