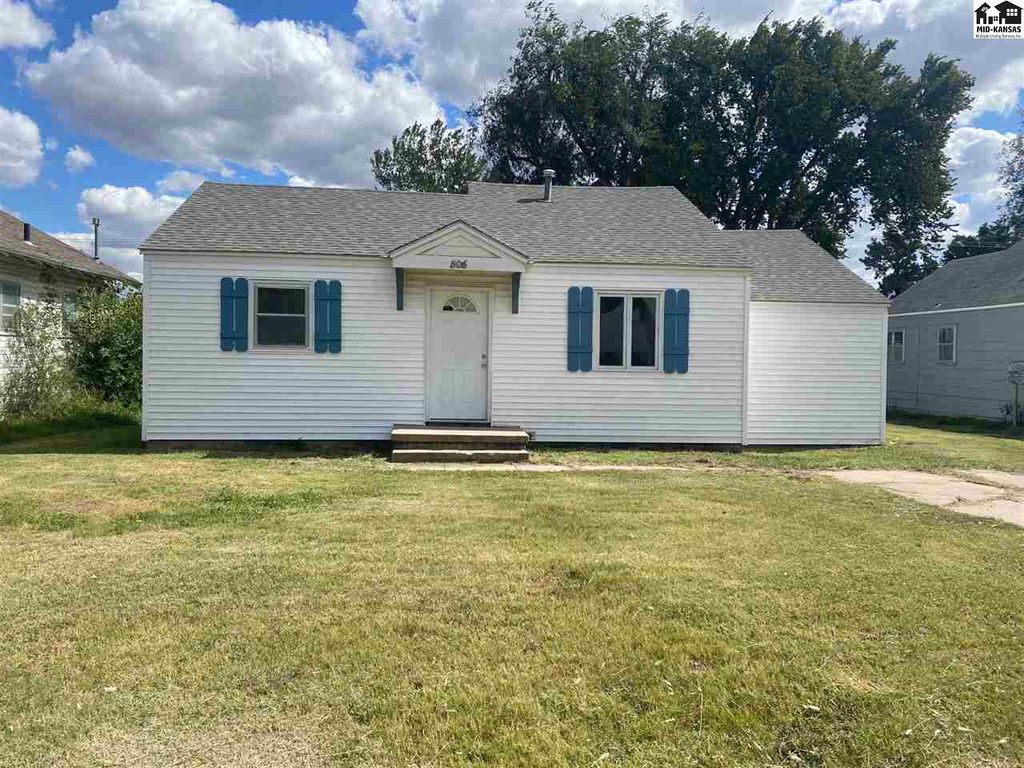 This property is not currently for sale or for rent on Trulia. The description and property data below may have been provided by a third party, the homeowner or public records.
Move in ready 3 bedroom, one bath home in Pratt KS. Home has refinished wood floors in the living/dining room and both bedrooms. Home has had updated plumbing, electrical and heat and air several years ago. In addition a third bedroom has a new wood laminate floor. Kitchen has a large island and a ceramic tile floor. Bath also has a ceramic tile floor and tub/shower. East side of the house has a deck plus there is a carport and cement area that would be great for a picnic table. Call Today.

For homes in 67124
*Based on the
Trulia Estimate

These are the assigned schools for 806 S Taylor St.
GreatSchools ratings are based on test scores and additional metrics when available.
Check with the applicable school district prior to making a decision based on these schools. Learn more.

Do legal protections exist for the LGBT community at the state level in Kansas?