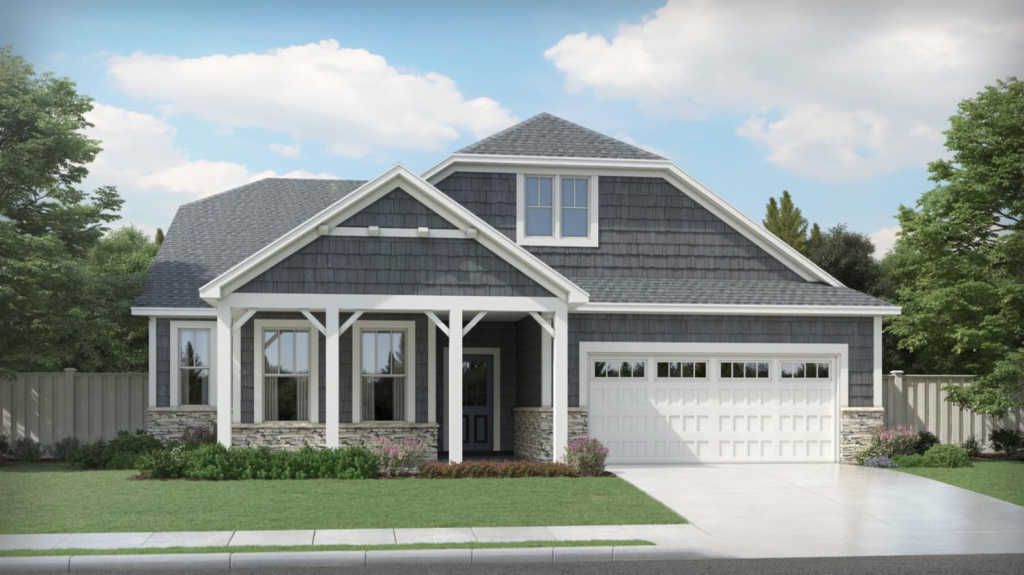 This property is not currently for sale or for rent on Trulia. The description and property data below may have been provided by a third party, the homeowner or public records.
Olthof Homes presents theCadenza! Maintenance free living, and 1905sq.ft. ofspaciousliving welcomesyouhome. This home will be complete June 2021. The Cadenza offers 2 bedrooms and 2 bathrooms, a flex room with French doors that can be used as an officeor a 3rdbedroom, an open concept great room with fireplace, breakfast,and kitchenleading to a grandcovered patiothat is perfect for entertaining. The kitchen features designer cabinets in willow gray, granite countertops, and stainless steel appliances. Thelargeowner's suite includes a private bath with a double bowl vanity and tiled shower, along with a walk-in closet. The home sits on a spacious lot with a beautiful landscaping package and irrigation system included. Olthof Homes builds high performance energy efficient homes with athird partycertified energy rating (HERS rating).10 yearstructural warranty, 4 year workmanship on the roof,JeldWenLow E windows, and Industry Best Customer Care Program.

For homes in 46383
*Based on the
Trulia Estimate

These are the assigned schools for 4703 Wayside Ave.
GreatSchools ratings are based on test scores and additional metrics when available.
Check with the applicable school district prior to making a decision based on these schools. Learn more.

What Locals Say about Valparaiso

Do legal protections exist for the LGBT community in Valparaiso?

Homes for Rent Near 4703 Wayside Ave

Off Market Homes Near 4703 Wayside Ave