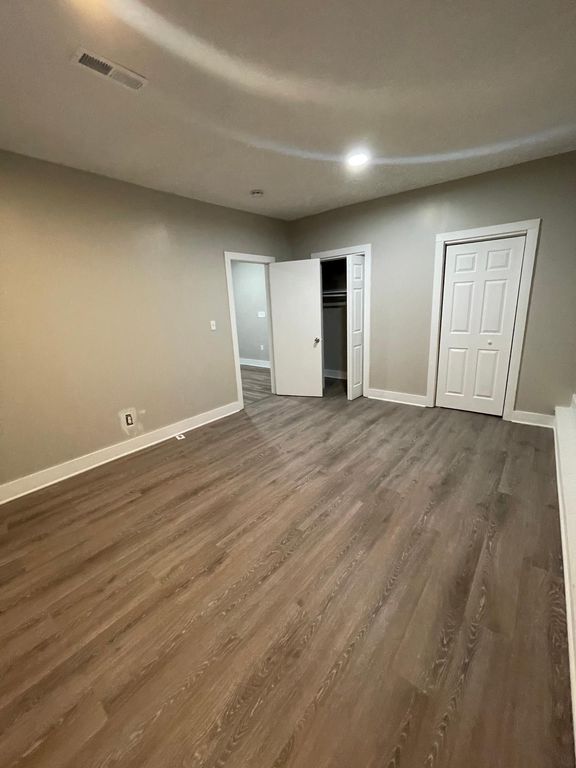 This property is not currently for sale or for rent on Trulia. The description and property data below may have been provided by a third party, the homeowner or public records.
Don't Miss Out On This Great 4 Bedroom 1 Bath opportunity In Old Southside! Located just South of Downtown Indy, 10 minute walking distance to Lucas Oil Stadium, less than 5 min drive to the center of downtown Indy, IUPUI and many more. You'll walk in and fall in love with the opportunity. Unit Offers New Luxury Vinyl Plank Floors, Paint, Kitchen with dishwasher & All Brand New Appliances. New HVAC with central Heat & AC. Washer & Dryer hookups. Plenty of storage room and closet space. Gutted To The Studs With New Everything This Charming Duplex Is Awaiting Its First Tenants.

Tenant pays $25 for water/sewer. Tenant responsible for electric. No smoking inside the property. Qualifications: Minimum credit score of 575 is required to qualify. No evictions or open bankruptcies on credit report, no felonies, and must gross at least 3x rent.

These are the assigned schools for 1106 S Senate Ave #B.
GreatSchools ratings are based on test scores and additional metrics when available.
Check with the applicable school district prior to making a decision based on these schools. Learn more.

What Locals Say about Near Southside

At least 31 Trulia users voted on each feature.
Learn more about our methodology.