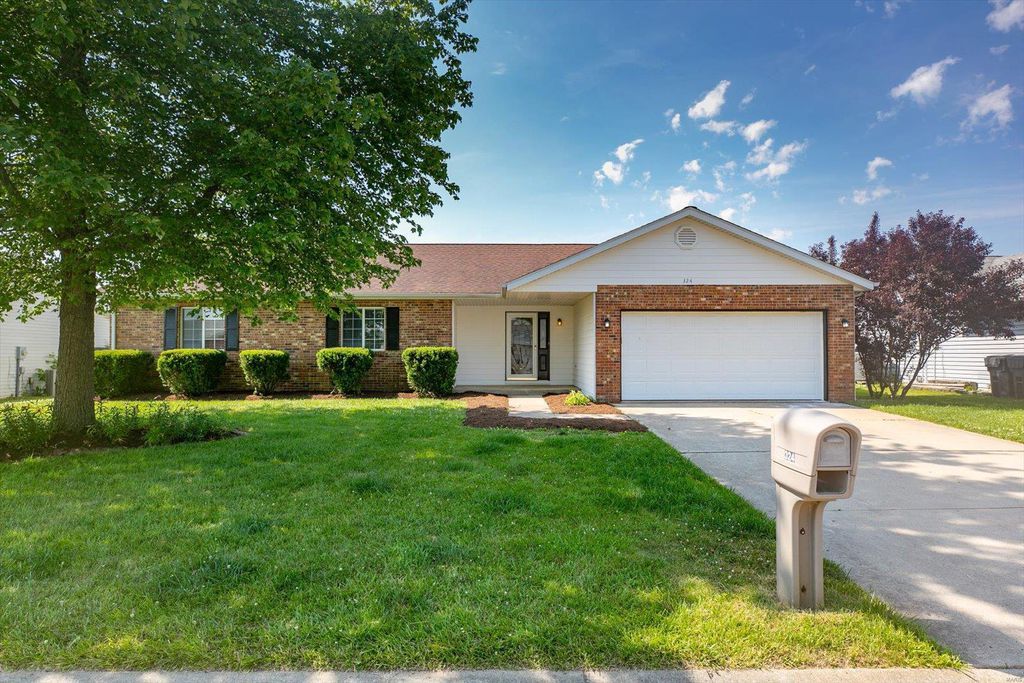 This property is no longer available to rent or to buy. This description is from July 22, 2021
This ranch has it all - great location - loads of curb appeal, large rooms and amazing price! This home boasts a foyer entry with coat closet, a spacious great room with vaulted ceiling, plenty of natural light, wood burning fireplace. Great room opens to the dining room /eat in kitchen with breakfast bar and door to the patio and back yard. The master suite has newer vinyl plank floors, a walk in closet, double vanity and large shower in the bath. The guest rooms are generous in size and the full guest bath has been updated. Nice size laundry room/ mud room just off the kitchen. City compliant - move in ready!

For homes in 62208
*Based on the
Trulia Estimate

These are the assigned schools for 324 Erin Dr.
GreatSchools ratings are based on test scores and additional metrics when available.
Check with the applicable school district prior to making a decision based on these schools. Learn more.

What Locals Say about Fairview Heights

IDX information is provided exclusively for personal, non-commercial use, and may not be used for any purpose other than to identify prospective properties consumers may be interested in purchasing. Information is deemed reliable but not guaranteed. Some IDX listings have been excluded from this website. Click here for more information
324 Erin Dr, Fairview Heights, IL 62208 is a 3 bedroom, 2 bathroom single-family home built in 1992. This property is not currently available for sale. 324 Erin Dr was last sold on Jul 21, 2021 for $180,000 (13% higher than the asking price of $159,900). The current Trulia Estimate for 324 Erin Dr is $180,800.