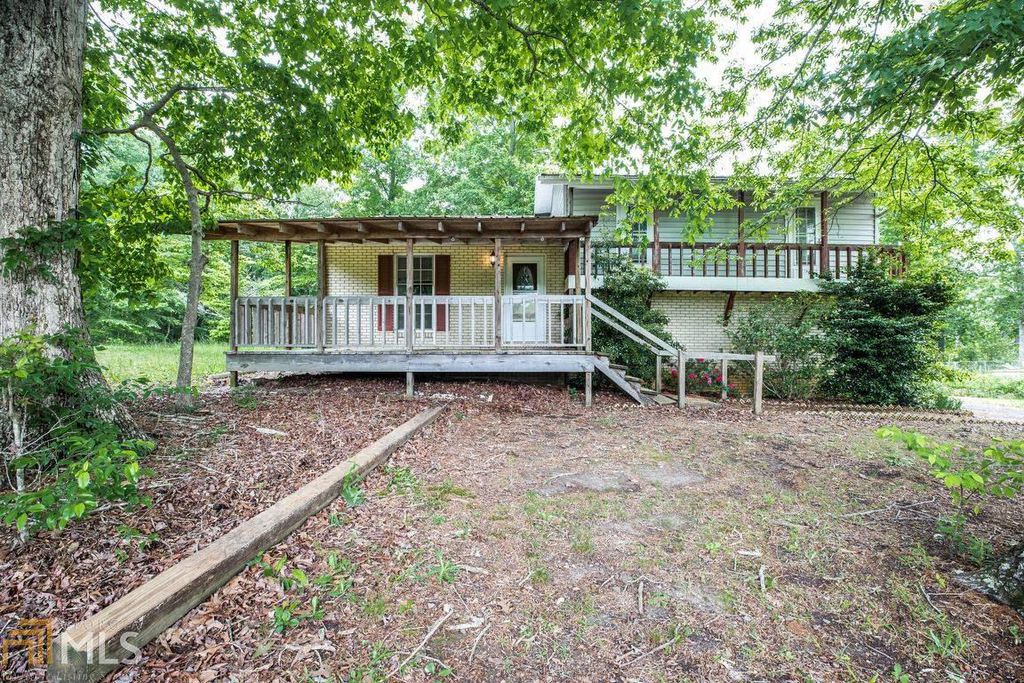 This property is no longer available to rent or to buy. This description is from May 27, 2021
Welcome to your own private piece of paradise. This home is situated on 3.19 acres just outside of the Bowdon City limits. This split foyer has LVP flooring throughout the main living areas, kitchen, and hall. When you enter the home there is a family room on the main level. Up just a few steps is the dining room, kitchen with updated cabinets with built in pantry with pull out shelving and granite counter tops, master bedroom with full on suite and two additional bathrooms and an additional full bath. Downstairs there is a finished room that can be used as additional living space. There is a covered porch on the front of the home and a large deck off the back where you can enjoy the view of the pond behind the home. In addition, there is a one car garage that is drive under.

For homes in 30108
*Based on the
Trulia Estimate

These are the assigned schools for 84 Wessmanor Dr.
GreatSchools ratings are based on test scores and additional metrics when available.
Check with the applicable school district prior to making a decision based on these schools. Learn more.

What Locals Say about Bowdon

The data relating to real estate for sale on this web site comes in part from the Broker Reciprocity Program of GAMLS. All real estate listings are marked with the GAMLS Broker Reciprocity thumbnail logo and detailed information about them includes the name of the listing brokers. The broker providing these data believes them to be correct, but advises interested parties to confirm them before relying on them in a purchase decision.
Copyright 2021 GAMLS. All rights reserved.
84 Wessmanor Dr, Bowdon, GA 30108 is a 3 bedroom, 2 bathroom single-family home built in 1978. This property is not currently available for sale. 84 Wessmanor Dr was last sold on May 26, 2021 for $167,000 (2% lower than the asking price of $169,900). The current Trulia Estimate for 84 Wessmanor Dr is $167,889.