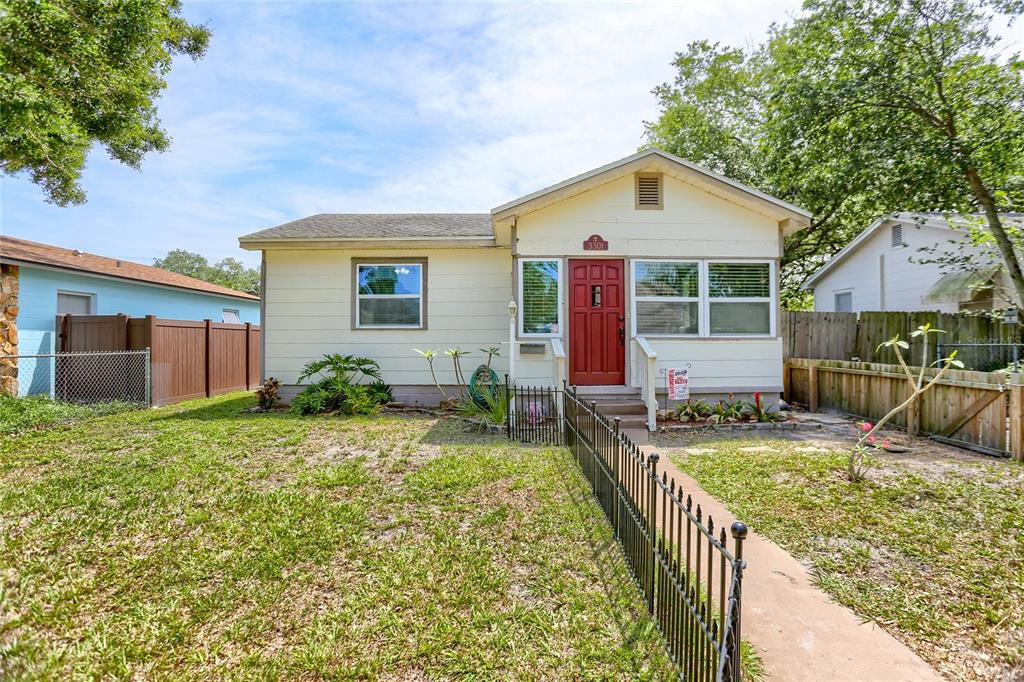 This property is no longer available to rent or to buy. This description is from June 08, 2021
This St. Pete cutie is the one you've been waiting for! Close to downtown for a walk on the Pier but far enough away from the hustle and bustle, this house is more than meets the eye. Walk through the warm and welcoming front area to the living room filled with natural light. Through the living room to the right, you'll find your new home's kitchen with painted gray cabinetry and cozy eat in space. The two bedrooms and third walk through room can be found to the left side of the home. The third room is perfect for a nursery or as it's current use as a spacious office, with plenty of closet space. Your large master bedroom includes an updated bathroom with a newer vanity and gorgeous tile in the stand up shower. Sliding doors from the master go out to your relaxing pool backyard! This backyard oasis is the perfect spot for the hot Florida summers. In the backyard you'll also find a new shed, great for extra storage space or work bench for all your handy needs. This home is in a fantastic location and community. The St. Pete Heights neighborhood association consists of neighbors that care about the neighborhood and make improvements, paint benches, provide a Little Free Library, and much more. Don't miss out on this one-it'll be gone in a blink!

IDX information is provided exclusively for personal, non-commercial use, and may not be used for any purpose other than to identify prospective properties consumers may be interested in purchasing. Information is deemed reliable but not guaranteed. Some IDX listings have been excluded from this website. Listing Information presented by local MLS brokerage: Zillow, Inc - (407) 904-3511

For homes in 33713
*Based on the
Trulia Estimate

These are the assigned schools for 3301 Yale St N.
GreatSchools ratings are based on test scores and additional metrics when available.
Check with the applicable school district prior to making a decision based on these schools. Learn more.

Do legal protections exist for the LGBT community at the county level in Pinellas County?