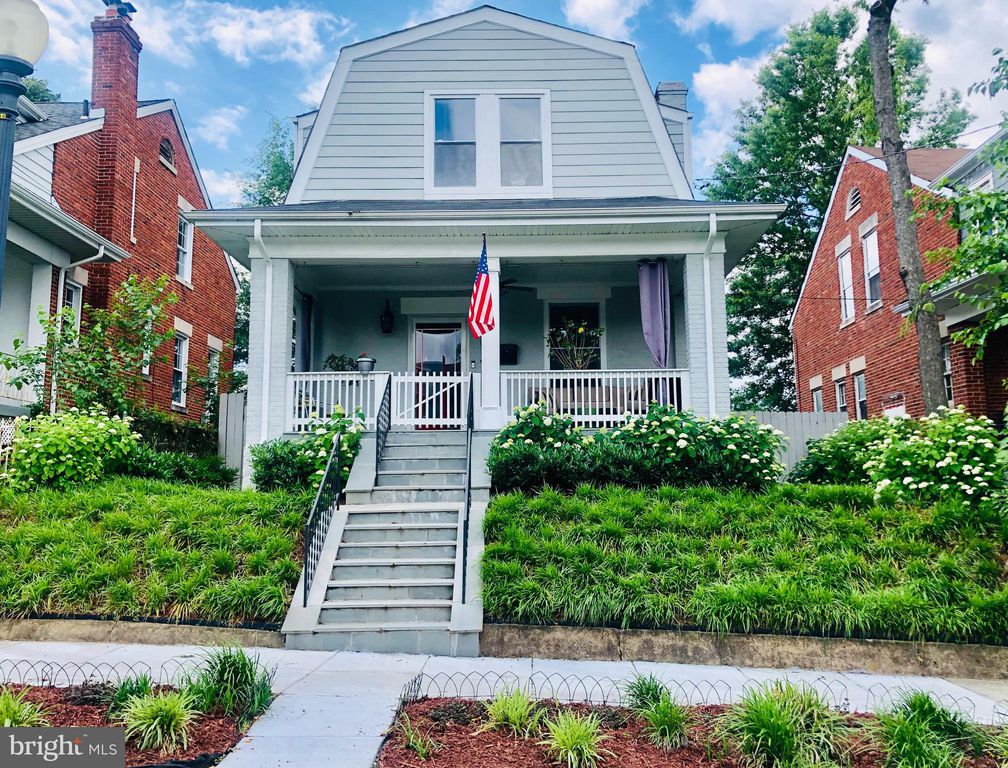 This property is no longer available to rent or to buy. This description is from November 19, 2021
Welcome to 814 Buchanan Street. This charming 4 bed, 3.5 bath fully detached home built in 1921 has been completely renovated for modern living and entertaining in the heart of Petworth. A spacious 200 SF covered and gated front porch welcomes you and provides the perfect spot for morning coffee . Inside, an open concept living and dining room with a wood burning fireplace, and stunning chef’s kitchen featuring a large island, top of the line finishes and French doors that lead to a backyard oasis complete the main floor. The thoughtfully designed backyard offers a spacious 3-tier deck, with the main level perfect for entertaining large parties & BBQ’s while the lower level is private and features a resort-like sunken hot tub and lounge built as a respite from city life. The side yard is outfitted with low maintenance astroturf that makes for a perfect dog run. The basement offers endless opportunity as a home office, in-law suite, or ideal roommate situation with a separate side entrance. This energy efficient home has a fully owned, 6.12kW REC Solar System that is just 1 year old. Cutting electricity bill by 50% and generating over $2,000 in income deposited to your bank account. Dual climate HVAC system provides added comfort on all three levels. With a walk score of 92, this home truly is an urban oasis.

For homes in 20011
*Based on the
Trulia Estimate

These are the assigned schools for 814 Buchanan St NW.
GreatSchools ratings are based on test scores and additional metrics when available.
Check with the applicable school district prior to making a decision based on these schools. Learn more.

What Locals Say about Petworth

At least 95 Trulia users voted on each feature.
Learn more about our methodology.

The data relating to real estate for sale on this website appears in part through the BRIGHT Internet Data Exchange program, a voluntary cooperative exchange of property listing data between licensed real estate brokerage firms, and is provided by BRIGHT through a licensing agreement. Listing information is from various brokers who participate in the Bright MLS IDX program and not all listings may be visible on the site. The property information being provided on or through the website is for the personal, non-commercial use of consumers and such information may not be used for any purpose other than to identify prospective properties consumers may be interested in purchasing. Some properties which appear for sale on the website may no longer be available because they are for instance, under contract, sold or are no longer being offered for sale. Property information displayed is deemed reliable but is not guaranteed. Copyright 2021 Bright MLS, Inc. Click here for more information