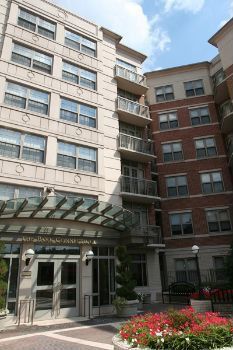 This property is not currently for sale or for rent on Trulia. The description and property data below may have been provided by a third party, the homeowner or public records.
We would like to personally welcome you to The Park Connecticut. It gives us great pleasure to be a part of your search for a new apartment. While there are countless great locations along Connecticut Avenue, the dedication we give to each resident truly sets us apart.As youll soon realize, everyone on our staff treats this as more than just a building its your home. From our round-the-clock concierge to our in-house service team, we strive to make every interaction with you a pleasant one. If you have a question and we dont have an answer, we wont quit until we find one.Archstone Park Connecticut believes that finding and renting the perfect Washington apartment should be easy. No fine print. No hidden terms. Just great apartments and great service. Guaranteed. Our Seal of Service is our word that we'll take care of you and your apartment. We offer a variety of spacious floor plans to choose from. Call today to discover which home is right for you! To learn more please email Leasing Agent with Archstone Park Connecticut or call at . (202) 999-3591

These are the assigned schools for 4411 Connecticut Ave NW.
GreatSchools ratings are based on test scores and additional metrics when available.
Check with the applicable school district prior to making a decision based on these schools. Learn more.

What Locals Say about Forest Hills

At least 44 Trulia users voted on each feature.
Learn more about our methodology.