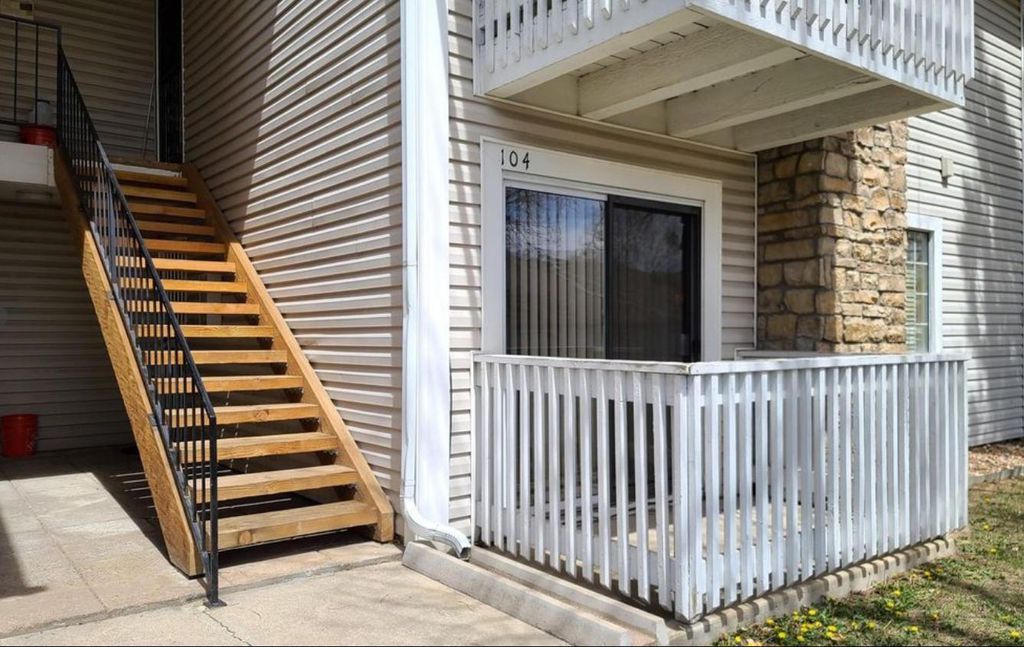 This property is not currently for sale or for rent on Trulia. The description and property data below may have been provided by a third party, the homeowner or public records.
Fully Furnished 1-bedroom 1-bathroom unit with central A/C close to I-225 and Iliff. Washer and dryer in unit along with dishwasher and garbage disposal. Tiled floor in the kitchen and bathroom and carpeted throughout the rest. Large walk-in closet. Floor to ceiling wood burning fireplace. High speed internet ready. Access to oversized pool, tennis court, basketball court, and BBQ/picnic area. Located at Bradychase East Condominiums. Close to shopping, dining and only a short walk to the Florida light rail station.

Water included. Renter responsible for gas and electric. First month's rent and security deposit due at signing. No smoking allowed inside unit. Smoking is allowed on patio. 1 Reserved parking spot.

These are the assigned schools for 14403 E Jewell Ave #104.
GreatSchools ratings are based on test scores and additional metrics when available.
Check with the applicable school district prior to making a decision based on these schools. Learn more.

What Locals Say about Sable Ridge

At least 17 Trulia users voted on each feature.
Learn more about our methodology.

Do legal protections exist for the LGBT community at the state level in Colorado?