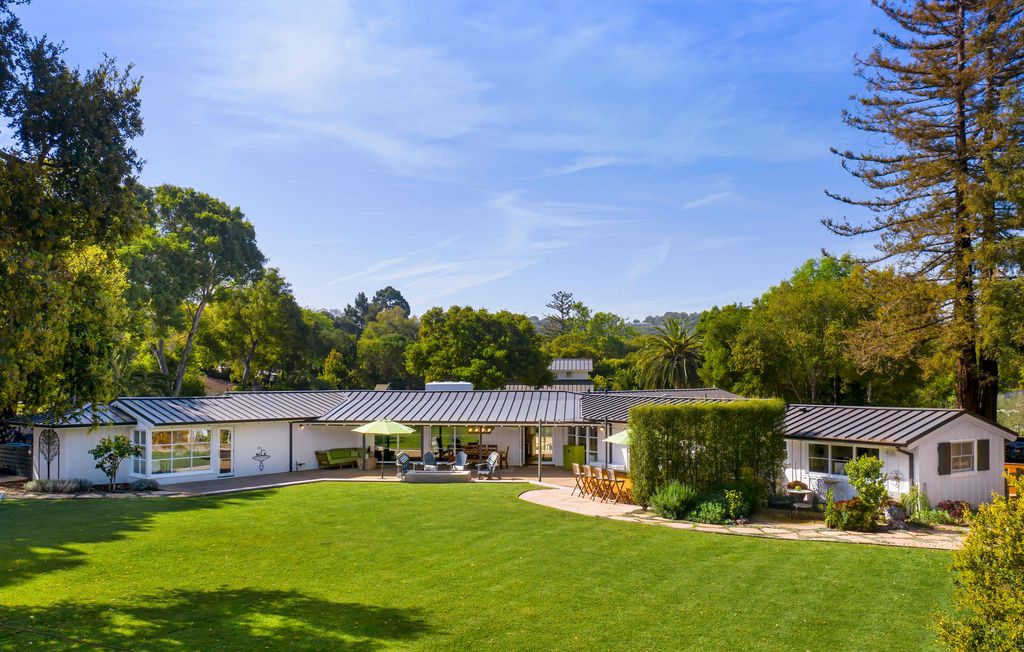 This property is no longer available to rent or to buy. This description is from May 28, 2021
Hope Ranch at its best! You will never want to leave. Highly sought after Cliff May mid-century modern has been updated with spaces for everyone. This rare, versatile and very useable property 1.4+/- acres of flat land is bound only by your imagination. Self sustaining garden paradise has 26 fruit tree orchard, 8 large raised beds bursting with vegetables. Multiple indoor/outdoor living areas. Imagine sitting on your patio, cooking in your wood-burning pizza oven and outdoor kitchen, gazing at view of the lake to the majestic mountains. Gather in the backyard to enjoy the gorgeous outdoor heated family room with wood beams opening to the gardens, orchard and barn. New 1400+/- sq. ft. barn provides room for cars, workshop, storage, RV parking and 15x37 upstairs bonus room. With 3 bedrooms, gourmet kitchen, formal living and dining rooms and delightful studio with bath - this property is perfect for today's stay at home lifestyle!

For homes in 93110
*Based on the
Trulia Estimate

These are the assigned schools for 4135 Lago Dr.
GreatSchools ratings are based on test scores and additional metrics when available.
Check with the applicable school district prior to making a decision based on these schools. Learn more.

What Locals Say about Santa Barbara

Off Market Homes Near 4135 Lago Dr