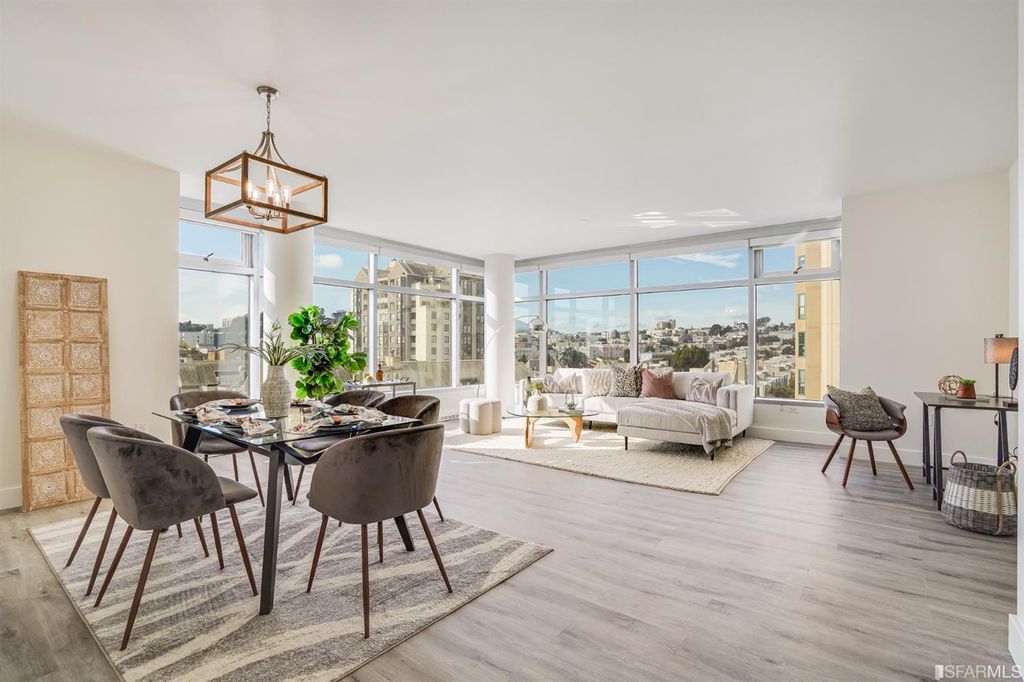 This property is no longer available to rent or to buy. This description is from November 29, 2021
Welcome to Fillmore Heritage in the heart of SF's vibrant Jazz District, where this contemporary corner unit makes a stunning statement with its two expansive walls of windows boasting breathtaking, close-in views from east to west. With 2 spacious bedrooms with wall-sized windows, 2 full baths, walk-in closets, and 1,400+sf of living area, the expansive layout offers wonderful flow and much appreciated separation of space for its occupants. Freshly painted with new flooring in living areas and bedrooms, this offering affords a move-in ready opportunity. Stainless steel appliances, gas range, and self-closing cabinets in the kitchen, plus brand new washer and dryer. Amenities include 24-hour lobby attendant, beautifully landscaped courtyard/park with dog run and BBQs for outdoor entertaining. Convenient, secure garage parking is also included, plus local dining at its best: State Bird Provision, Progress, Avery, Out the Door AND AMC/Kabuki theater, Japantown and Lafayette Park.

For homes in 94115
*Based on the
Trulia Estimate

These are the assigned schools for 1310 Fillmore St #703.
GreatSchools ratings are based on test scores and additional metrics when available.
Check with the applicable school district prior to making a decision based on these schools. Learn more.

What Locals Say about Western Addition

At least 65 Trulia users voted on each feature.
Learn more about our methodology.